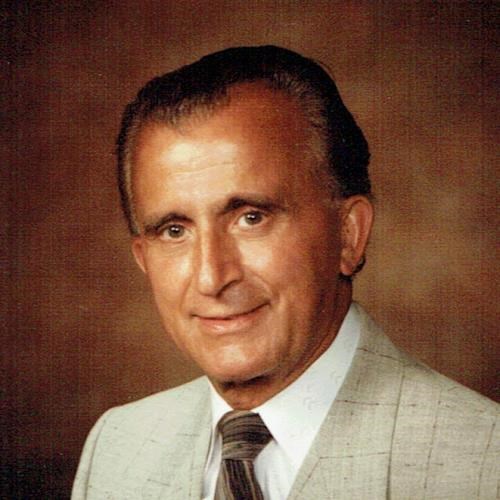 John H. Panton, M.D., Beloved husband of sixty years of the late Mary (Karakourtis). Loving father of Dr. Peter (Estelle), Evans (Laura), Dr. Robert (Marika), and Dr. Elizabeth (Dr. Frank) Karkazis. Cherished grandfather of eleven: Dr. Christina, Connie, Caley, Ashley, Jonathan, Alexis, James, and Zoe Panton, and Alex, Emelia, and John Karkazis. Dear brother-in-law of Demetra (the late Dr. Basil) Chronis, Katherine Karakourtis, and the late Harry Karakourtis. Fond uncle of many. A 1950 graduate of the University of Athens Medical School, he completed his internship at Mercy Hospital-Loyola University and his residency in ophthalmology at the University of Illinois and Presbyterian Hospital. He was certified by the American Board of Ophthalmology and was a Fellow at the American College of Surgeons. He was a Fellow of the American Academy of Ophthalmology and was a member of the Chicago Ophthalmological Society, the Chicago Medical Society, the Illinois State Medical Society, and the American Medical Association. He was a member of several local medical staffs, including Loretto Hospital (where he served as President of the Medical Staff), West Suburban Hospital, Westlake Hospital, and Rush Oak Park Hospital. He opened his office in Oak Park, Illinois in 1960, and subsequently was joined in practice by his two sons, Drs. Peter and Robert Panton, and his daughter, Dr. Elizabeth Panton-Karkazis. Dr. Panton relocated his practice to its current location in Elmwood Park in 1993. Dr. Panton specialized in cataract surgery and intraocular lens implantation and cared for tens of thousands of patients in his fifty-five years of medical practice. A longtime member of the Assumption Greek Orthodox Church in Chicago, he was a benefactor of the church, the Greek Orthodox Archdiocese Leadership 100 Program, the National Hellenic Museum in Chicago, the Brown University School of Medicine, and the University of Illinois Department of Ophthalmology. Visitation Tuesday Dec. 22, 2015 from 4:00-9:00 p.m. at Salerno's Galewood Chapels 1857 N. Harlem Ave. Chicago. Family and friends will meet Wednesday morning at Assumption Greek Orthodox Church 601 S. Central Ave. Chicago, IL. 60644 for 10:30 a.m. Funeral service. Interment Elmwood Cemetery. In lieu of flowers donations in his memory to Assumption Greek Orthodox Church appreciated. Arrangements by NICHOLAS M. PISHOS FUNERAL DIRECTOR, LTD. 773-745-1333.

Published by Chicago Tribune on Dec. 22, 2015.
To plant trees in memory, please visit the Sympathy Store.
MEMORIAL EVENTS
Dec
22
Visitation
4:00p.m. - 9:00p.m.
Salerno's Galewood Chapels
1857 North Harlem Avenue, Chicago, IL
Dec
23
Funeral service
10:30a.m.
Assumption Greek Orthodox Church
601 S. Central Ave., Chicago, IL
Funeral services provided by:
Salerno's Galewood Chapels
MAKE A DONATION
MEMORIES & CONDOLENCES
22 Entries
To the Panton Family
My deepest sympathy in the loss of your father and grandfather ,he was a wonderful Doctor and alway polite and greeting the clients .He and his wife ( mother) did a wonderful job raising his children and they all became outstanding doctors.May he light of God shine upon him.
With deepest sympathy
Mr. .and Mrs.Pacini (Alpine)
February 1, 2016
To all the Panton families, I would like to extend my
sincere sympathies upon your recent loss. He always had that smile, gentleness and kindness about himself. I have fond memories of how he loved his leading a Greek dance with family and friends.
May God comfort you at this time, and may his memory be eternal.
Mary Orphan
January 2, 2016
Sorry for your loss. May the God of comfort help you doing this difficult time. Psalms 83 : 18.
December 28, 2015
Our deepest sympathy on the loss of your dad. Our family will keep you all in our prayers at this difficult time. RIP Dr. Panton
LISA LaCalamita
December 27, 2015
Lisa LaCalamita
December 27, 2015
Dr. John Panton exemplified the best in Ophthalmology. I wish to express condolences to Peter and Robert and the rest of the family.
Paul Morimoto
December 24, 2015
Dr. Panton was a true gentleman, and a great example for physicians and fathers everywhere. He was one of the "Four Fathers" of the UIC Eye & Ear Infirmary whose children followed into ophthalmology. My father and I, as well as countless patients and fellow doctors, will miss him! - Ben Ticho
Ben Ticho
December 23, 2015
Drs. Panton and families, my condolences for your loss. Your father was so kind and welcoming. He will be greatly missed.
Dan Noonan
December 23, 2015
Dear Dr. Peter, Dr. Lisa, Dr. Robert and Families,
We share our deepest sympathies with you and your families at the falling asleep of your beloved father, John. We know your hearts hurt deeply right now, but rejoice that his love will be a part of you and your memories always. He will be greatly missed by so many. May his memory be eternal!
Sincerely,
Deacon Zacharias and Diakonissa Mary Zaharis
December 22, 2015
I'm very sorry for the loss of your loved one. I hope the prayer found at 1Thessalonicans 4:14 offers hope and comfort.
December 22, 2015
Very saddened to learn of the passing of such a wonderful friend. Dr. John will always have a special place in the hearts , memories and prayers of the Klitenick and Hashai households. May his memory be forever blessed.
Adrian Klitenick-Hashai
December 22, 2015
Our deepest condolences to Dr Panton's family. He was a wonderful man. He will be missed.
Rosemary Lopez Sapoznik
Seymour Sapoznik
Rosemary Sapoznik
December 22, 2015
Truly sorry for your loss. May the God of all comfort be with your family.
December 22, 2015
To all the Panton family: Joey and I were so sad to hear about your dad's passing. He was so wonderful to both of us, kind, caring what a doctor should be. You have everything in the world to be proud of when it comes to him. I used to tease him and your sister "if he wasn't married...." and he would smile....Seriously the community has lost a titan and the medical community has lost a gem of a doctor. He has left behind a wonderful legacy in all of you. Our sincerest condolences at this sad time.
Marilyn&Joey Sarlo
December 22, 2015
Our love and sympathy to the family of Dr. Panton. We are in Chicago for the Christmas season and read his obituary in the Tribune. Such a wonderful, helpful and kind man, truly respected and appreciated by myself and my family. His name and quality care still comes up in our family conversations.
Blessings to you all,
Norm and Ginny Pizzotti
December 22, 2015
Dr. Bob, my name is Neena Shulman, my mother was Edyth Lieberman who was your dad's patient and then became yours. You know the story that my mom knew your dad when he first came to the US and worked for Dr. John Bellows. I am so sorry for your loss, he was a friend to all and will be missed by all.
Neena Shulman
December 22, 2015
Thank you for being such an important part of our lives. We miss your kindnesses, your wisdom, your generosity, your dedication and your loving use of superlatives.

I am so sad to hear of Dr. John's passing. I will so remember his uplifting spirit and that laugh of his. Our time at West Suburban Hospital as well as our Hellenic functions will always be remembered and cherished.

May God find him rest among the Saints and Angels.