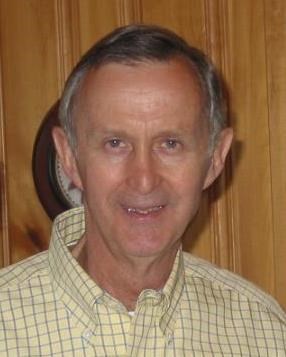 BORN
1936
DIED
2021
FUNERAL HOME
Wm. H. Scott Funeral Home
1100 Greenleaf Ave
Wilmette, IL
John Thomas Andrew Price, a long-time resident of Winnetka, IL, passed away peacefully on June 26, 2021. Born January 27, 1936, to Arthur Valleau Price Sr. and Mildred Anne Von Drozkowsky, John spent his early years in Ottawa, Ontario, Canada and at the age of 14 moved to Ardsley on Hudson, NY, with his family. He received his undergraduate degree from Dartmouth College in Hanover, New Hampshire, and his MBA from Dartmouth's Amos Tuck School of Business. Cultivating an interest in banking during his studies, he joined Chicago's Northern Trust Company in 1958, and retired from the Bank after a 36-year career in Commercial Banking. John is survived by his beloved wife, Joan Farwell Price, daughter Elizabeth Tyler Price, and son and daughter in-law John Farwell and Truc Hoang Price. He was preceded in death by his parents, his sister Patricia Price Leavitt, and brother Dr. Arthur Valleau Price, Jr. John was a dear friend of many, and will be greatly missed. He was actively involved in the community including Winnetka's Boy Scout Troop 20, as well as serving on the Boy Scouts Executive Committee of Northeast Illinois Council. In addition to helping ensure the boys progressed through the various Boy Scout ranks, he also participated in many of the troop's camping trips with his son. John and Joan have been long time members of Winnetka's Christ Church, where he served on a variety of Church committees, including as Senior Warden. While John had a long and enjoyable career in Banking, at the age of 58 he finally found his true calling - retirement. He had a long and enjoyable retirement, spending as much time as possible at the family's cottage on Lake of Bays in Muskoka, Ontario, Canada. We will miss his love for his family, his dry sense of humor, his ability to describe the most mundane tasks in excruciating detail, and his sunny disposition. A family service was held in his memory. In lieu of flowers, memorial contributions may be made to The Lake of Bays Heritage Foundation, https://www.lakeofbaysheritage.ca/.

Published by Chicago Tribune on Jul. 21, 2021.
To plant trees in memory, please visit the Sympathy Store.
MEMORIAL EVENTS
To offer your sympathy during this difficult time, you can now have memorial trees planted in a National Forest in memory of your loved one.
Funeral services provided by:
Wm. H. Scott Funeral Home
MAKE A DONATION
MEMORIES & CONDOLENCES
0 Entries
Be the first to post a memory or condolences.