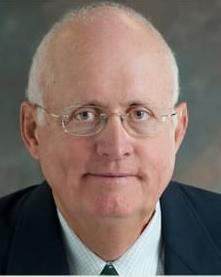 Joe was born on September 27, 1941 in Chicago, IL to Evgen and Margaret (nee Bowser) Franger. He graduated from Villanova University in 1963, and Jefferson Medical College in 1967. He served in the Navy as a Medical Battalion Officer with the US Marines in Vietnam from 1968 – 1970. He started medical practice in 1977 in Arlington Heights, IL, and practiced full-time until he retired to Green Lake, WI, where he continued practicing part-time at Ripon Hospital until moving to New Jersey in 2017.

Joe is survived by his wife of 48 years, Mary Ellen (Burns) Franger; his daughter, Dr. Margaret M. Franger and her husband, Dr. Frank L. Urbano of Riverton, NJ; his son Joseph of Seattle, WA; his son Peter of Moorestown, NJ; and his son Andrew and his wife Anne of Northbrook, IL. He is also survived by 4 grandchildren, Maddie, Gigi and Immy Urbano, all of Riverton, NJ; and Andrew (AJ) Franger, of Northbrook, IL. He is survived by 2 sisters, Margaret Harper, of Rancho Mirage, CA, and Susan Singleton and her husband Peter, of Bluffton, SC.

He will be lovingly remembered by the many relatives, friends, colleagues, and patients whose lives he touched.

In lieu of flowers, the family requests donations be made in his name to St. Joseph Services, 1501 N. Oakley Blvd, Chicago, IL 60622, www.stjosephservices.org.

To plant trees in memory, please visit our Sympathy Store.
Published by Chicago Tribune on Nov. 20, 2020.
MEMORIAL EVENTS
No memorial events are currently scheduled.
To offer your sympathy during this difficult time, you can now have memorial trees planted in a National Forest in memory of your loved one.
GUEST BOOK
11 Entries
Joe was my late husband's buddy since their youth. What a wonderful man who will be sorely missed by many.
Jane Zambreno
January 5, 2021
Dr. Franger was our family doctor before I came to work for him and Dr. Lynch for many years. In both roles as doctor and employer, he was always soft-spoken, highly competent and empathetic and had the ability to put people as ease. I, for one, will never forget him. My sincere condolences to Mary Ellen and her family.
Rose Marie Brogmus
Friend
November 25, 2020
Joe was a great guy and my Doc. He was always available and helpful regardless of the time. What was even better was seeing Joe and Mary Ellen at all their kids' various athletic events. Joe also helped their coach calm down at particularly tense moments during the games. Joe will be greatly missed by all who knew him. Our thoughts and prayers are with Mary Ellen and the entire Franger family.
Steve and Eileen Kelly
Steve Kelly
Friend
November 23, 2020
My favorite memory of Dr. Franger will always be watching him “cut the rug” on the dance floor with his daughter, my dear friend, Meg! On those occasions, his joy and love of life shone through to all admiring his fancy foot work. I will also never forget his love of NCAA basketball and sailing. Love and prayers to the whole Franger family! Wish that I could hug you all in person right now!
Jenny (Radke) Kiedaisch
Friend
November 21, 2020
I worked for Dr. Franger for 25 years in Mt.Prospect with the Lynch doctors.
He was wonderful to work for very kind, passionate and soft spoken,
I always trusted his thoughts & opinions, he was also my doctor.
He will be greatly missed
My condolences to the family