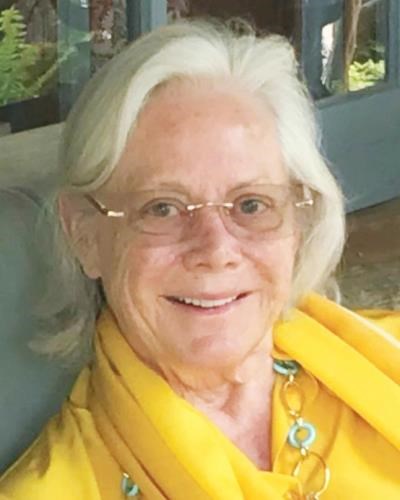 FUNERAL HOME
Maresh-Meredith & Acklam Funeral Home
803 Main Street
Racine, WI
UPCOMING SERVICE
Celebration of Life
Oct, 1 2021
11:30a.m. - 2:30p.m.
Racine Country Club
Send Flowers
Recently the sound of a lone pontoon boat was heard in the distance: it was the sound of Karen Henrietta Keland (Henni) taking her last cruise into eternity. Henni, 71, was born in Racine, WI, on March 19, 1950, the second child of Karen Andrea Johnson Boyd and Willard ""Bud"" Hampton Keland.
Henni attended Kemper Hall in Kenosha with her sisters as well Racine area schools. She graduated from William Horlick High School in 1968 and went on to study Fine Arts at the University of Wisconsin Milwaukee.
She also attended school at the Oakland Ballet. She was Vice President of Keland Holding Company, served as a Board of Director at the Racine Art Association and the Long House Reserve in Long Island, New York.
Henni was devoted to her family and friends. She will be remembered for her quick wit. She had a way of putting people at ease by her unassuming nature.
In her life, Henni lived in many places, Racine, Algoma, Berkley, Kensington, Malibu and Chicago, but Lake Owen was where she felt most comfortable and called home.
She enjoyed nature, life on the lake and was fond of animals. She was an accomplished Dressage equestrian and had two beloved horses of her own, Caddie Mac and Sven. She loved spending time with her cats Lema, Armani and Sunny. Sparkles, her poodle, brought her so much joy and was her trusted companion until the end.
Henni loved to travel the world. She had a natural curiosity and loved experiencing different cultures, art and cuisine.
She was a lover of the arts and music, especially jazz. She treasured time spent with her mother, discovering and collecting American Crafts, ceramics, textiles, paintings and all forms of art. Henni often spent time weaving on her loom and on occasion blowing glass with Dale Chihuly.
Henni is preceded in death by her brother Willard H. Keland Jr.; her parents Willard Hampton Keland and Karen Andrea Johnson Boyd; her sisters Andrea Kristine Moore and Katherine Nikolina Keland; and by her step-father, William B. Boyd. She is survived by her sibling Harold William (Debbie) Keland; her niece Karen Onnolee Keland; many cousins and dear friends.
Family and friends are invited to attend a celebration of Henni's life on Friday, October 1st at the Racine Country Club, 2801 Northwestern Avenue, Racine, WI, from 11:30 am - 2:30 pm.
In lieu of flowers, memorials to the Racine Hospitality Center at St. Luke's Episcopal Church, 614 Main St, Racine, WI 53403 are suggested.
Maresh-Meredith & Acklam Funeral Home and Crematory, 803 Main St. Racine, WI 53403 (262)634-7888. Please send condolences to www.meredithfuneralhome.com
Published by Chicago Tribune from Aug. 29 to Sep. 23, 2021.
To plant trees in memory, please visit the Sympathy Store.
MEMORIAL EVENTS
Oct
1
Celebration of Life
11:30a.m. - 2:30p.m.
Racine Country Club
2801 Northwestern Avenue, Racine , WI
Funeral services provided by:
Maresh-Meredith & Acklam Funeral Home
MAKE A DONATION
MEMORIES & CONDOLENCES
4 Entries
My condolences to the family of Hennie
Leslie
September 22, 2021
You have our deepest sympathy during this summer of loss. Henni was a dear childhood friend. RIP
Dr. Ann Lyle Rethlefsen
Friend
September 20, 2021
Our collective hearts are heavy with sympathy.
Patty
September 18, 2021
My heartfelt condolences to the family
Susan
September 11, 2021
Showing 1 - 4 of 4 results