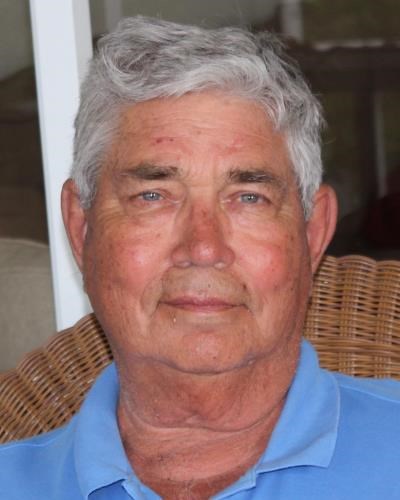 FUNERAL HOME
Dee Funeral Home & Cremation Service
27-33 Bedford Street
Concord, MA
It is with tremendous sadness that the family of Kenneth Rask Mogensen, 88, announce his passing on November 18, 2021. Born in Chicago, IL of Danish parents Aage and Maren Mogensen, he is survived by his loving wife of 61 years, Patricia Lundberg Mogensen, his children Lauren Mogensen, Melissa Olsen and Andrew Mogensen, son-in-law Peter Olsen, grandchildren Emma Olsen, Mats Olsen and Mia Olsen and his grand-dog Huckle Olsen. He is also survived by his brothers Gunder Mogensen of Blue Eye, MO, and Dennis Mogensen and his wife Kathy Mogensen of Boise, ID, and his sister-in-law Constance Crowley of Montclair, NJ, as well as his nieces, nephews, cousins, great nieces and great nephews. Predeceasing Ken were his parents, his sisters-in-law Judi Mogensen and Rosemary Lundberg, and his brothers-in-law Dick Crowley and Dick Lundberg.

Ken grew up in Elmwood Park, IL and attended Proviso High School, graduating in 1951. He went on to receive his college degree in 1955 in Business Administration from Dubuque University, in Dubuque, Iowa. After graduation, Uncle Sam called and Ken served his country first at Ft Leonard Wood, MO and then for 2 years in Uijeongbu, Korea. In 1957, Ken joined the A.C. Nielsen Company where he had a long and successful career, holding a variety of roles in Evanston Illinois, New York City, Dunedin, Florida and Northbrook, Illinois. After 34 years, he retired from Nielsen in 1991 as the Executive Vice President of Media Relations and Head of Operations.

Our beloved Papa was happiest when he was spending time with his family. He loved antiquing with Pat throughout New England while "negotiating the best price", restoring the old house in New Ipswich to the wonderful family home they lived in for 29 years, attending his children and grandchildren's youth sporting events, plays and musicals, and tending the fire pit at Ashby and New Ipswich clambakes. Heading the table at Christmas morning breakfast, watching the Cubs finally win the World Series, cheering on the Red Sox, Patriots, Bears and the Connecticut Women's Basketball Team, debating the merits of Velvetta as a cheese, getting his lineup ready for our family's Scandinavian fantasy football league, playing poker with his brothers, golfing with friends and family, hanging out on the porches in Chatham and Boca Grande and tinkering with his tubs of stuff in his New Ipswich garage are just some of the ordinary activities that made up his rich and wonderful life. His favorite hymn was "Let There be Peace on Earth" which we are playing for him now. Although he is no longer with us, his wisdom and kindness, appreciation of a good meal, incredible sense of humor, enjoyment of sports, and most of all his love for his family, will live on in all of us who loved him best.

Family and friends will gather for visiting hours on Tuesday, November 23rd at Dee Funeral Home, 27 Bedford Street, Concord MA from 3 to 6 pm.

In lieu of flowers, the family requests memorial contributions be made to American Diabetes Association, P.O. Box 7023, Merrifield, VA 22116-7023 (www.diabetes.org).