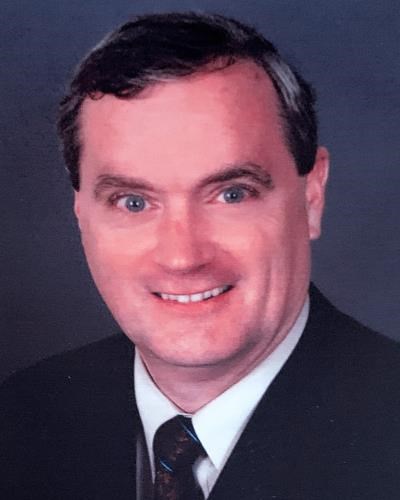 Kevin James Bourke, passed away at age 66 on February 15, 2021 in the company of his wife Mary Anne Bourke and his son Patrick Bourke. Kevin, a lifelong resident of the Southside of Chicago, was a lifelong learner committed to supporting causes related to environmentalism, social justice, and the exploration of space. Kevin was a first generation college student and attended Marquette University on a full scholarship through the Evans Scholars program. He met some of his greatest friends through the program as well as the Marquette Rugby Club where he served as club President. Kevin worked in various areas of real estate and he cited the best part of his work as being the moment when people were able to buy their first home. Kevin played an active role in his son, Patrick's life and helped found Ridge Academy, an elementary school in Beverly, where his son attended. He also helped coach Patrick's baseball teams. Kevin enjoyed nature hikes with Mary Anne, decorating their home for Christmas, and visiting Patrick and his wife, Nadila Yusuf in Los Angeles. Kevin, a science enthusiast, recently published a children's book, The Journey of Franki the Photon. He was thrilled to share his passion for science with young people. Kevin was the son of the late Stephen and Delia Bourke, who immigrated to the United States from Ireland in the 1940s, and is survived by his siblings: Kathleen Bourke, Stephen Bourke (Kay), Martin Bourke (Lori), and Debbie Strubin (Fred).

To plant trees in memory, please visit our Sympathy Store.
Published by Chicago Tribune on Feb. 21, 2021.
MEMORIAL EVENTS
No memorial events are currently scheduled.
To offer your sympathy during this difficult time, you can now have memorial trees planted in a National Forest in memory of your loved one.
GUEST BOOK
27 Entries
Sorry to hear of the passing of cousin Kevin. Thinking of you all at this difficult time. May he rest in peace.
Sarah Staunton & Pat Cunnane
February 23, 2021
Thinking of the Bourke family. I had the joy of meeting Kevin and Mary Anne through Pat. His kindness shined through.
Claire Cooper
February 22, 2021
We hold you close in thought and prayer during this difficult time.
The O'Connor Family - 112th and Albany
February 22, 2021
My condolences to Kevin´s family . I remember him from our days at Marist . A great guy .
Richard Nugent
February 22, 2021
My deepest sympathies...Kevin and I went to St Christina and Marist together...he was a great friend...he will be missed
Mike Fitzgibbons
February 22, 2021
So sorry to hear of this loss. My condolences to Kevin's family. I have great memories of Kevin from both Ridge CC and the Marquette Scholars house. Bourko was a great guy and will be missed.
Joe Kapus
February 22, 2021
I´m so sorry to hear the news. You were a great guy, friend and classmate.
Terry Clyne
February 22, 2021
Sincere condolences to the family.
Vitantonio Patruno
February 22, 2021
My condolences to the entire Bourke family. Kevin was well liked by all during our time at Marist. Kevin & his family will remain in my daily prayers.
Rick Marneris
February 22, 2021
Kevin, please Rest In Peace. You were a wonderful, husband, father and a great friend. I will always remember you as a kind and caring person. We will miss you but we will cherish your memories. The Class of 73 has lost a fantastic classmate.
Tom Malloy
February 22, 2021
Sincere condolences to all the family, Rest in Peace Kevin, sorry we didn´t get time to spend together, we will keep you in our prayers.
Kathy & Mike Boyle
February 21, 2021
Our thoughts and prayers are with you all on the passing of our cousin Kevin. May he rest in peace.
Tony and Margaret Togher
February 21, 2021
We are sorry for your loss. Kevin was a great guy and will be missed by all. Your family is in our prayers. May Kevin rest in peace.
Bob & Barb Wilmsen
February 21, 2021
Marty and family--sorry to hear of your loss. Prayers offered. RIP.
John and Mary Beth Flynn
February 21, 2021
My deepest sympathy to Mary Anne, Patrick and the Bourke family. I met Bourko in 1973 at Marquette University. He was my pledge brother in the Evans Scholar program. Kevin was a caring guy, had a lot of energy and was fun to be with. I will keep Mary Anne and the Bourke family in my thoughts and prayers.
Bill Rudolphsen
February 21, 2021
I'm very sorry to hear of Kevin's passing. I played rugby with him at Marquette many years ago now. He was a wonderful guy to spend time with. Best wishes to the Bourke Family.
Tim Campbell
February 21, 2021
I will surely miss you my dear friend! Until we meet again!
Tom Cronin
February 21, 2021
Sending heartfelt condolences to Mary Anne and Patrick and the whole Bourke family. Kevin and I met at the Evans Scholar House at Marquette University in late August , 1973. Kevin went to Marist HS and caddied at Ridge CC. I went to Leo HS and caddied at Beverly CC. We both received Evans Scholarships to Marquette and were `pledge´ brothers as Evans Scholars and lived together in the Evans House until we graduated in May , 1977. We were also teammates on the Marquette Rugby Club, but our exploits there , both on and off the field, are perhaps best left to an off the record publication of more limited circulation! To say our Marquette years were the best times of our lives wouldn´t do justice to the later joys of family life, but they´re definitely in the conversation. Known to many of us as Bourko or Rugger, we will miss Kevin but we´ salute him at the time of his passing because we are all better off to have been his classmate, teammate and lifelong friend. MU Rah Rah ! Matt Morrissey Marquette Evans Scholar Class of 1977
Matt Morrissey
February 20, 2021
Our thoughts are with you in this difficult time
Tom and Sally Cunnane
February 19, 2021
We are so sorry to hear about this.
Esselman family
February 19, 2021
Our sincere condolences to you all on the passing of our cousin Kevin. Thinking of you and sending our love.
Annette, Seamus & Family, Mayo
February 19, 2021
I always enjoyed our visits with Kevin during book club. He was an interesting man who took an interest in our conversations and had something clever to contribute. May he Rest In Peace and may you find comfort in his memory.
Caroline Dwan
February 18, 2021
So sorry for your loss Kevin was a kind and caring person Our deepest sympathy to the entire Bourke Family
Kelsey Family
February 18, 2021
So sorry for your loss. I had the privilege and enjoyment of playing rugby with Kevin at MU. Great guy and a tough rugby player. Kevin and the entire family are in my thoughts and prayers.
Bill Holland
February 18, 2021
Sending our deepest condolences. Praying for the Bourke Family.
The Factor Family
February 18, 2021
May the love of friends and family carry you through your grief.
Martin Coyle
Family
February 18, 2021
So Sorry to Hear of Cousin Kevin's passing thinking of all the family deepest condolence's Martin Coyle
Martin Coyle (London)
February 18, 2021