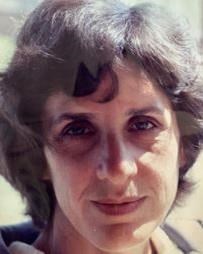 BORN
1933
DIED
2020
ABOUT
Highland Park High School
FUNERAL HOME
Kelley & Spalding Funeral Home & Crematory
1787 Deerfield Road
Highland Park, IL
Laurie Nath Reinstein, wife, mother, patron and enthusiast of the arts, died Wednesday, August 12, in Highland Park. Laurie, a strong, brilliant and beautiful woman died peacefully at home after a brief illness. She is survived by her sister Marjorie Nath Ettlinger (Richard), her adoring three sons, Arie, Ernest (Mary Shea), and Joseph (Hannah Higgins), and five grandchildren, Evan (Claire Bedell), Lauren, Abigail, Zoë and Nathalie. She was predeceased by her husband, Alan Lee Reinstein, to whom she was happily married for 52 years. Laurie was born March 21, 1933 in Chicago to Bernard and Ruth (Stein) Nath. She was fourth generation Highland Park, and spent summers leading a play group for neighborhood girls which was intended to become the girls' companion day camp to Cuamba for Boys that was started by childhood friends. Laurie attended Highland Park High School enthusiastically participating in field hockey, Penguins water ballet, excelled academically and met life-long friends. She attended Smith College in Northampton, MA where she graduated with honors. Her senior thesis was on the impact of Television on the political process and presciently foretold the role TV would have on Nixon's appearance in the widely viewed Kennedy Nixon televised debate. The relevance of her thesis continues today with the impact of social media on our political discourse. After graduating from Smith, Laurie lived in Chicago and worked as an editor and writer at Science Research Associates, SRA, which had just launched individualized classroom instruction with the iconic SRA cards, large boxes filled with color-coded cardboard sheets, used widely which many may recall. At about this time, Laurie was set up on a blind date with Alan by one of her best friends, Mary Jane Mayer, who's beau, Leonard (Buddy) Bezark was Alan's best friend and cousin. As the story goes, Buddy and Alan spent the whole blind date giggling with each other and avoiding their dates. That would have been the end of it, but months later Laurie and Alan reunited at a mutual friend's wedding and the two connected on their life-long love of literature, art, theater, dance, music, all things intellectual and cultural, and each other. They were married at Lake Shore Country Club on May 29, 1957, where Laurie was also club tennis champion in doubles in 1955. Laurie devoted her life to raising her three boys, the arts and Highland Park. She served on the PTA, PTO, Friends of the Library, Highland Park Historical Society, and helped lead the Highland Park Community Drive. She supported Alan as a founding member of the Highland Park Community Foundation. Laurie was on the Women's Board of the Museum of Contemporary Art for over two decades and a docent at the Oriental Institute at the University of Chicago. Her interest in Egyptian art corresponded with the King Tut exhibit, and Laurie traveled to area elementary and high schools to give lectures on ancient Egypt. Laurie was committed to exercise of the mind and body with stacks of books in queue and pilates, yoga and swimming in Lake Michigan. In the 1970's, she regularly practiced Tai Chi in her and her mother Ruth's yards along with many others devoted to mind and body movement. Laurie was fluent in French, and spent her junior year of Smith studying abroad in Geneva, Switzerland. She continued working on her French language skills up until the end, dutifully doing her homework to prepare for each class which had moved to e-learning of late. She attacked everything she did with passion, high intellect, seriousness and good humor. She lived a blessed life with devoted friends and family and her wide smile and infectious laugh were always followed by, "oh dear." The family is receiving guests in Laurie's backyard for a casual, socially distant gathering to celebrate her life on Sunday, August 23, 2020 from 2:00-5:00 pm. In lieu of flowers, memorial gifts are welcome at Smith College, 33 Elm Street Northampton, MA 01063 and the Highland Park Public Library, 494 Laurel Ave., Highland Park, IL 60035.

Published by Chicago Tribune from Aug. 16 to Aug. 20, 2020.
To plant trees in memory, please visit the Sympathy Store.
MEMORIAL EVENTS
Aug
23
Celebration of Life
2:00p.m. - 5:00p.m.
Laurie's backyard
IL
Funeral services provided by:
Kelley & Spalding Funeral Home & Crematory
MAKE A DONATION
MEMORIES & CONDOLENCES
2 Entries
Dear Joe, Hannah, Zoe and Natalie, I am so grateful to have been welcomed into your family’s life and to have known Laurie. She is a beautiful force even now. I grieve with you but also keep focused on her heart that lives in all of you. I love you, Kari Miller Fenwood
Kari Miller Fenwood
Friend
August 17, 2020
She was a sweet, gentle and warm person who i knew most of my life.
To read her obit is wonderful. She contributed a great deal to her family and the community. She was a great mother, wife and daughter. Laurie had a great life.
Frosty
Friend
August 16, 2020
Showing 1 - 2 of 2 results