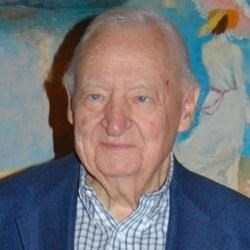 To plant trees in memory, please visit our Sympathy Store.
Published by Chicago Tribune from Dec. 13 to Dec. 14, 2014.
MEMORIAL EVENTS
Jan
2
Visitation
4:00p.m. - 8:30p.m.
DONNELLAN FAMILY FUNERAL SERVICES
10045 SKOKIE BLVD., Skokie, IL 60077
Jan
3
Funeral Mass
10:00a.m.
Saints Faith, Hope & Charity Church
191 Linden Street, Winnetka, Illinois
Funeral services provided by:
DONNELLAN FAMILY FUNERAL SERVICES
GUEST BOOK
15 Entries
Margo and Family,
My deepest sympathy to you and your entire family for the loss of your dad. As one of the Activity Assistant at RG, Leo was one of my most loyal to come in my morning programming. He loved our group discussion, which he enjoyed talking about his children and what he did for a living. He also enjoyed our exercises where he'd say " Are we done yet? I'm feeling much better now", active games, word games, sing along, word games and many many more. In the morning when I come up to 2nd fl, I say "Hip hip" and Leo would answer "HOOORAY". It's my pleasure and greatly honored to serve your dad to the best Of my ability. May HE Rest in Peace. I MISS LEO so badly!!
Alicel Reyes
Activity Assistant
RG at Sedgebrook
Alicel Reyes
January 3, 2015
Margo and family,
So sorry about the loss of your dad. As one of the Activity Assistant at RG, I had the pleasure and great honor serving your dad daily. I vividly recall when we had exercises and ask "Are done yet? I think I'm stronger now". He loved our Ring toss activity which I let him use his right arm with the ring and gently raise arm to put ring in the pole and many more activities he participated in. I MISS LEO so badly. May He Rest in Peace.

Alicel Reyes-RG Activity Assistant
Alicel Reyes
January 3, 2015
Margo, Dan, and family:
My prayers are with you all in the loss of your dad. As I read your brother's letter, I read many cherished memories of a man who truly had a life well lead. May these joyful memories sustain you during your time of grief.
Christine Kolman
January 2, 2015
As Director of the School of Accountancy, Driehaus College of Business at DePaul University, I hired Leo in 1979 as full-time lecturer after he left his job (because of a stroke) as vice-president and general manager of the Sun-Times and Chicago Daily News. He was a great addition to the faculty, always supportive of what we were trying to achieve and, of course, he made his beautiful property (and tennis court) in Winnetka open to our annual Spring/Summer faculty party. After he retired in 1991, my wife, Marian, and I would often see him and his wife, Ann, around town. He had the skill of combining good management with a strong background in accounting, which was very important to our building a professional school of accountancy. He always seem to have a good word to say. I am very glad he was my colleague and friend.
Belverd Needles
January 1, 2015
Rick
My prayers are with you and your family.
My parents were friends with your Mom and Dad and I remember them from their parties. I am sorry I am out of town till the 5th or I would stop by Donnellans to pay my respects in person.
Mary Ellen Cagney
December 29, 2014
Rick. My thoughts and prayers are with you and your entire family. Just reading about your dad shows me what a remarkable man he was. You have been truly blessed to have had him with you through out your lifetime of successes. I am sorry I didn't know him but lucky that I have known you. You are a great testament to your father.
Ceil
Ceil Tristano
December 23, 2014
I remember Leo so well, as a board member of LaLumiere. He was actively involved with the affairs of the school when Rick and I were in our final years. He was a warm, genial, outgoing gentleman whom I'm sure had a flinty edge to him when it came to business decisions. He left a wonderful legacy in his family.
John Rumely
December 23, 2014
Jerry and Family,

Your Dad was an absolutely wonderful guy and I remember being at your house once around Christmas many years ago and he showed the film Its a Wonder Life (on a projector, the old fashioned way). What a gentleman in so many ways with such a great spirit of life.

All the Quinlans admired your Dad.
Donal Quinlan
December 23, 2014
Uncle Leo taught me what the Stayman Convention is and how to figure out a 15% tip in my head. I sure do hope his Elf movie comes to Youtube soon. He will be missed!
Mark Lombard
December 19, 2014
To Leo's family, I had the pleasure of seeing Leo over the years while visiting my dear mom (Marilyn) at Radford Green in Lincolnshire. Leo was such a neat man…with a witty sense of humor. I loved hearing his stories about growing up in Minnesota. It was a pleasure to get to know your dad/grandfather. My thoughts and prayers are with your entire family.
Susan Thomas Temple
December 16, 2014
A great soul has departed, but the memories shall never fade. Keep faith and courage.
Remember all the good times you shared with your father and all the love he gave you throughout the years.
Leo, Ann, and Doug are now all united in heaven!

Larry and Diane (DeWolfe) Webb
December 15, 2014
Although I never had the pleasure of meeing your father, Margo, from the blessing of counting you and your family among my friends, hearing your stories of him, knowing a bit about the children he raised and witnessing first hand the love that was obviously passed through him and into your family makes me believe that he was a very special man. I have no doubts that he is with our Lord, with your mom and Doug. We are so very sorry for this difficult loss and will be keeping your father, you and all of your family in our prayers. Godspeed, Leo and love to all the Newcombe and Sugrue families during this difficult time. Lisa, David, Dax & Quinna
Lisa & David Phillips
December 15, 2014
Our sincere sympathy to the Newcombe family. Knowing Leo was a great privilege as well as an enriching experience - a remarkable man indeed.

Barbara and Jim Marran
Barbara and Jim Marran
December 14, 2014
While I never had the honor of meeting Leo Newcombe when I worked for the old Chicago Daily News, I would almost every day hear words of praise and respect for his skillful balancing of the financial and editorial needs of the newspaper.
Henry Kisor
December 12, 2014
Gail and I and our whole family are thinking of your very, very special family. Leo was a wonderful man. We have been blessed knowing your Dad.
Blessings to all of you.