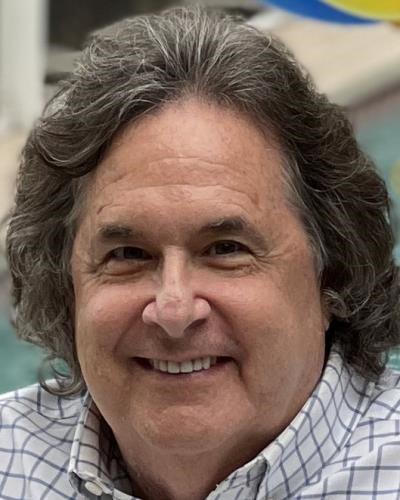 Leonard B. "Lenny" Mandell, 70, died April 5, 2021, at Boca Raton Regional Hospital, following a brief illness. Lenny was born in Willimantic to Nathan and Eleanor Mandell. Lenny graduated from the University of Connecticut in 1973 and earned his law degree from Boston College Law School in 1976. He served as a staff attorney at the Lawyer's Committee for Civil Rights, the Massachusetts Public Defenders' office, and the Massachusetts State's Attorney office. In 1978, Lenny suffered a devastating spinal cord injury, which left him paralyzed. In 1982, Lenny's former professor and mentor at Boston College, Len Strickman, encouraged Lenny to join him at the Northern Illinois University College of Law, where Strickman was the Dean of the law school. In the spring of 1983, "Dean Mandell" created the First Annual Prize Moot Court Competition at the College of Law and supervised the competition for more than 30 years. Dean Mandell created the Criminal Externship program, the Appellate Defender program, and the Student Bar Association. He also served on numerous committees throughout his career at the law school. In May 2013, NIU College of Law issued a Proclamation that the moot court competition would now be known as the "Lenny B. Mandell Moot Court Competition." The Competition is now in its 39th year, and only weeks ago, Lenny served as Chief Judge on the panel of judges for the Final argument of the competition named in his honor. Lenny retired in 2015 and was awarded Emeritus status.

Upon retirement to Boca Raton, Florida, he served on the Board of Directors for his community.

Lenny married Stacey Green on New Year's Day 1997; she survives. New Year's Eve festivities were a favorite time for them, as midnight approached to ring in the new year, Lenny would always say that the world was celebrating their anniversary with them.

Lenny's blood ran Husky Blue. He was an avid fan of UConn sports, and especially loved watching the UConn women and men's basketball games. Every year during March Madness, he would place the NCAA bracket on his office door, but would fill in only the winner-UConn. Lenny left this world on a high note, as the last game he saw was the UConn women's basketball team's victory in the Elite Eight matchup.

His parents, Nathan and Eleanor Mandell, predeceased him. Along with his wife, Lenny is survived by his sister, Carole Holzwasser, of Boca Raton, Florida, and brother, Robert Mandell, of San Jose, California. Other survivors include his dear Aunt Pearl, and numerous beloved cousins, nieces, and nephews. He also leaves life-long friends.

Funeral services will be at 11 a.m. this Friday, April 9, 2021, at Temple Bnai Israel Cemetery in Mansfield.

In lieu of flowers, donations may be sent to the Miami Project to Cure Paralysis, University of Miami Miller School of Medicine, 1095 NW 14th Terrace, Miami, Florida, 33136, or visit the website themiamiproject.org. To leave a memory or message of condolence, please visit www.blumemsteinfunerals.com

To plant trees in memory, please visit our Sympathy Store.
Published by Chicago Tribune on Apr. 8, 2021.
MEMORIAL EVENTS
Apr
9
Funeral service
11:00a.m.
Temple Bnai Israel Cemetery
, Mansfield
GUEST BOOK
5 Entries
Stacey, I am thankful for Lenny's 25 plus years of advocacy and support of Don and I in Students' Legal. Best of all was seeing the deep love the two of you shared. Please accept my warmest condolences, Lynn Richards
Lynn Richards
April 12, 2021
god bless you lenny.we had many good times together at windham and chestnut st.
jack almon
April 9, 2021
We were shocked and sorry to hear about the passing of Lenny. He will be truly missed and we will keep him in our prayers. Dolores and Joe
Dolores and Joe Cannizzaro
April 8, 2021
Heartfelt condolences
Luke
April 8, 2021
Rest in peace. To say that Lenny was the face of NIU College of Law Moot Court is rather obvious, but I remember fondly my participation in the program and his mentorship. Very fitting that he was able to participate just before his death. My kind regards and wishes to his family for their loss.
Richard G Larsen
April 8, 2021