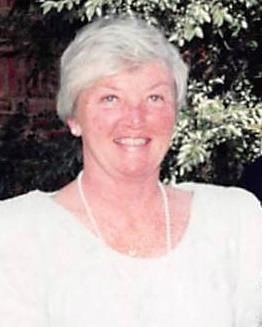 BORN
1935
DIED
2019
ABOUT
Highland Park High School
On Sunday afternoon, November 10, 2019, Lindra "Shiney" Anderson, age 84, died peacefully, surrounded by her husband Edward "Ted" and their three sons, James, Scott, and Todd as well as many other family members. With a crowd around her to send her onward, Shiney continued to the end to be at the center of her family's affection and attention.

Shiney was born October 9, 1935, at Michael Reese Hospital in Chicago, Illinois, to Linn J. and Adra Guerin Vallaly. In 1936 her family moved to Rogers Park where Shiney attended elementary school. In 1949, the family built a house in Highland Park, where Shiney attended Highland Park High School, graduating in 1953. Following graduation, Shiney attended Lawrence University in Wisconsin and then the University of Illinois, from which she graduated in 1959 with a Bachelor in Fine Arts. With her sparkling personality, she became known as Shiney at a very young age and carried the nickname throughout her life.

While Shiney was in college, her family moved to Lake Forest. It was here in Lake Forest that Shiney met Ted, a local boy who worked for his family's civil engineering company, James Anderson Company, established in 1891. They married on June 27, 1959, and in June 2019 they celebrated their 60th wedding anniversary surrounded by family and friends.

Shiney and Ted raised their three sons in Lake Forest and were active in the Lake Forest Presbyterian Church and the Lake Forest community. They had a wonderful collection of neighborhood friends and a pot-luck dinner group that got together regularly throughout the years. An avid reader, Shiney enjoyed her part-time jobs working in several local bookstores, and later at the Lake Forest Library's circulation desk. For many years she also volunteered in the book department of First Presbyterian Church's annual rummage sale, as well as the book sale for the library.

Shiney was known for her good sense of humor, happy outlook, and fun-loving ways. She loved her family and friends, a good party, a well-made cocktail, her precious kitty cats, and doing a bit of catalogue shopping. Her top priorities were making a home for her family when they were young and sheltering them from the suffering she endured when her health began to decline as a result of a stroke in her 60's. Although she endured long time medical challenges as a result of this stroke, she rarely complained and exhibited a determined will to live life to the fullest. Her plucky spirit earned her fans wherever she went.

Shiney was fortunate that her loving and loyal husband Ted never let up on his commitment to caring for her. She was even more lucky that Ted found three caregiving angels, Maria Toledano, Jessica Thompson, and Lilliana Toledano who tended to Shiney for more than 15 years, enabling her to remain in the family home where she felt most comfortable and safe, and allowing Ted to go to his company office and get out from under their feet.

Published by PL-Lake on Dec. 5, 2019.
To plant trees in memory, please visit the Sympathy Store.
MEMORIAL EVENTS
To offer your sympathy during this difficult time, you can now have memorial trees planted in a National Forest in memory of your loved one.
MAKE A DONATION
MEMORIES & CONDOLENCES
2 Entries
My heartfelt sympathies to the
December 5, 2019
My condolences to the family . May you find comfort in your treasured memories and Gods promise to return our loved ones who passed away in death . 1st Thessalonians 4 : 13 & 14 .
December 2, 2019
Showing 1 - 2 of 2 results