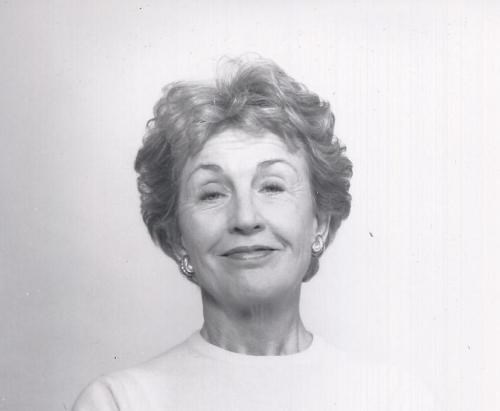 BORN
June 13, 1932
DIED
August 24, 2014
Margaret Zuehlke Robson of Chicago, formerly of Santa Fe, N.M., and Washington, D.C., beloved wife of John and devoted mother of sons, Matthew and Douglas, died on August 24, 2014. She was 82 years old. Margaret Z. Robson was born in St. Cloud, Minn., on June 13, 1932. She received her B.B.A. degree from the University of Minnesota, and subsequently moved to Chicago. She left a pioneering career at Continental Illinois Bank -- becoming one of its first female officers -- to work for the 1960 Kennedy campaign and in anticipation of her impending marriage. She and her husband, John, met and were wed in Chicago, where they built a family. Over their 41 years together, John's career in government, business and academia took them to Chicago, Washington D.C., Atlanta, San Francisco, and Santa Fe, N.M. Ms. Robson had a wide range of interests and made contributions to all. She spent many years in public service, primarily in the fields of health, art, and historic preservation. She was a member of the Board of Directors of the Northwestern Memorial Foundation in Chicago and a Trustee of Northwestern Memorial Hospital. From 1987-1990, Margaret served as a Commissioner on the Georgia Boxing Commission. She served as a member of the Board of Directors of the Santa Fe Art Institute; College of St. Benedict, St. Joseph, Minnesota; and the American Folk Art Museum in New York. She was a Regent for the Museums of New Mexico and a member of the Board of the Foundation for Self Taught Artists and the Vice President's Residence Foundation. She served on the President's Advisory Council on Historic Preservation, Defense Advisory Commission on Women in the Military (DACOWITS), and the President's Committee on Arts and Humanities. Ms. Robson's survivors include her son, Douglas Robson of San Francisco, CA; her sister, Mary Stevens of La Jolla, Calif.; her brother, Tom Zuehlke of Salinas, Calif.; and several nieces and nephews. Her husband, John, and her son, Matthew, predeceased her. She leaves behind countless friends and numerous godchildren who will miss her dearly. In accordance with her wishes, a private graveside service will be held in September. In honor of her life and memory, contributions may be made to the Matthew Stone Robson Memorial Scholarship, Development Office, Colorado College, P.O. Box 1117, Colorado Springs, CO 80901-9897 (online at http://www.coloradocollege.edu/give); OR to the American Folk Art Museum, c/o Elizabeth Kingman, Development Director, 1865 Broadway, 11th Floor, New York, NY 10023, tel. 212.265.1040, Ext. 113. Donations to either should indicate "In Memory of Margaret Robson."
To plant trees in memory, please visit our Sympathy Store.
Published by Chicago Tribune from Aug. 29 to Aug. 31, 2014.
MEMORIAL EVENTS
No memorial events are currently scheduled.
To offer your sympathy during this difficult time, you can now have memorial trees planted in a National Forest in memory of your loved one.
Funeral services provided by:
Piser Funeral Services
GUEST BOOK
16 Entries
David Handy
June 19, 2018
It has been over two years since Margaret passed and she still comes to me many, many times a year. An inspiration, philanthropic perfection and a damn good Yankee who stood tall and proud. Just loved that woman and it was my perfect pleasure to have met her.
KATHRYN
October 22, 2016
I did not know Mrs. Robson had passed away until today, 9/9/15, but I wish to extend my heartfelt sympathies to her son, Doug. I cannot say enough about Mrs. Robson. She was an intelligent woman who showed warmth and caring in her work. It was my honor to work for her husband, John Robson, for five years and I cherish my memories of him and "MZR". Jenni Wolfgram
September 9, 2015
Margaret was a friend and mentor. An amazing woman with such spirit, one could not help but do their best to keep up with her. She will be missed by her friends in Santa Fe.
Kathryn Marshall
October 4, 2014
Margaret was such a thoughtful and helpful friend when my husband and I moved to San Francisco in 1999. We shared Chicago connections and much more. I have strong and treasured memories her intelligence, her caring, and her thoughtfulness.
My husband and I send our condolences to her son whom I only saw in pictures, but whom I know she loved dearly.
September 22, 2014
Today, at a luncheon in Lamy, New Mexico, I learned of your mother's passing. I am deeply saddened. Yet, my heart warms when thinking of her great spirit and intelligence. I shall always remember her generosity and her love of "outsider art" and how deeply she saw what others did not see.
Judy Tuwaletstiwa
September 7, 2014
I am so very sad to hear of the death of this amazing woman, whom I've had the great pleasure of knowing for 35 years, more than half my lifetime. Margaret was such fun, full of joie de vivre, combined with graciousness and kindness. I will miss her, her wit and her wonderful stories. I raise a glass of Pol Roger to her dear memory, and to a life well lived.

My condolences to all her family, especially, her son Douglas.

Sofia Solomon
Sofia Solomon
September 3, 2014
My heart goes out to you Doug. What an incredibly spirited woman your mother was.Thoughtful, feisty, smart beyond smart, and a great big midwestern heart. I will surely miss her.
Karen Factor
September 2, 2014
My sincere condolences…may she rest in peace.
Athena Beldecos
August 31, 2014
I am so heart sick at the news of Margaret's passing. I am happy to have spent time with her this past May and June. I will cherish the memories I have. My sincerest sympathies to her family and her son, Douglas.
Dennis Grimaldi
August 31, 2014
What a fabulous glass ceiling breaking woman! There are so many ways I remember her. Hold up the family flame Douglas! My Love!
Jane Holzkamp
August 31, 2014
We will miss Margaret's cheerful, optimistic and indomitable spirit which we have enjoyed and been inspired by since early days in Chicago and the decades since.

Kevin and Ann Woelflein - Alexandria, Virginia
August 31, 2014
What a life she led, Doug.... Your mother was indeed a force. Even BOXING!?? Why is it that we always learn so much more about people once they have died? I am so glad we had the opportunity to meet her and enjoy a lovely dinner in Santa Fe. Bud and I send you our deep sympathy for your loss.
Anita Ruthling Klaussen
August 31, 2014
We were so sorry to hear of her passing. She was a wonderful person and will be dearly missed.
Gilbert and Annabelle Sandoval
August 29, 2014
We are so sorry for this great loss- we knew her from Chicago and Santa Fe for many years. We will miss her. Deepest sympathy to all,
Carol Prins & John Hart
Carol Prins & John Hart
August 29, 2014
I am so sorry for your loss. May you find comfort in family, friends and prayer (Psalm 65:2) during this difficult time.
August 29, 2014