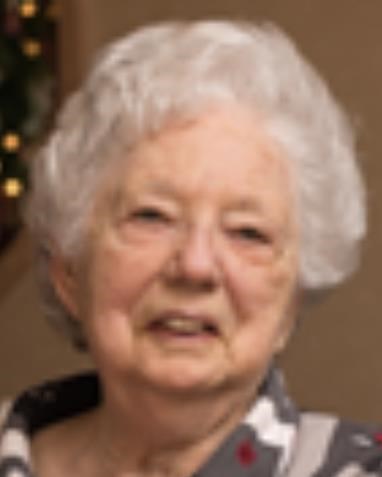 BORN
1924
DIED
2021
FUNERAL HOME
Linhart Funeral Home
6820 West Cermak Road
Berwyn, IL 60402
Marguerite (Peg) Ryan was born at home on Chicago's West Side on December 13, 1924, the sixth of twelve children born to the late Lawrence G. (Lonnie) and Mary Agnes (nee Moran) Ryan and passed away quietly in her sleep at Lee Manor, Des Plaines, Illinois at the age of 96 on May 31, 2021. Peg was a near life-long resident of Berwyn until a broken hip required her to seek assisted care in 2019. Peg was a graduate of Siena High School. During much of her young life, Peg worked as a caregiver for her siblings, nieces, and nephews. Later, she became a representative for Avon and took great pride in the number of times that she achieved President's Club status for sales over her more than fifty years with the company. Peg was preceded in death by her parents, brothers Larry (Marge), James, George, Anthony (Jan), William (Gladys), and Robert (Fr. Steven, OSM), and sisters Betty, and Mary Agnes (Sister Mary Lawrence, DC). Peg is survived by her three youngest siblings, Noreen (the late James Wolff and the late Frank) Hoffman, Jeanne (the late Martin) O'Connor, and John (Connie), as well as many loved nieces, nephews, great-nieces, and great-nephews, and even several great-great-nieces and nephews. The Mass of Christian Burial will be celebrated at St. Frances of Rome Church, 1428 S. 59th Ct., Cicero, IL on Monday, June 14 at 10:00 AM, followed by inurnment in the Ryan family plot in Queen of Heaven Cemetery, 1400 S. Wolf Road, Hillside, IL. In keeping with Peg's wishes, there will be no formal visitation. In lieu of flowers, donations in Peg's name to St. Frances of Rome Church; the Daughters of Charity, (Marillac House, 212 S. Francisco, Chicago, IL 60612); or Servite Fathers, (1439 S. Harlem Ave., Berwyn, IL 60402) would honor Peg's memory. The family wishes to acknowledge with deep appreciation the many friends who helped Peg with her Avon and cared for her physical well-being, making it possible for her to remain in her apartment for as long as she could.

To plant trees in memory, please visit our Sympathy Store.
Published by Chicago Tribune from Jun. 9 to Jun. 13, 2021.
MEMORIAL EVENTS
Jun
14
Mass of Christian Burial
10:00a.m.
St. Frances of Rome Church
1428 S. 59th Ct., Cicero, Illinois
Funeral services provided by:
Linhart Funeral Home
MAKE A DONATION
MEMORIES & CONDOLENCES
2 Entries
In the 1950s and 1960s Marguerite was a regular and frequent babysitter for our family of nine siblings at our home in Oak Park. We knew her as Peg. But "babysitter" does not even begin to describe her true role in our lives. My earliest memories of someone other than our parents taking care of me, is of Peg. When our late mother, Madeline, became gravely ill for many months in 1959-60 Peg took on the role of full-time nanny, housekeeper, recreation director, teacher and all-around friend and role model for all of us siblings. She taught us dignity, kindness, patience, responsibility and how to appreciate the goodness of other people. I have many years of fond memories of Peg. My sincere condolences to her family.
John Cavenagh
Other
June 13, 2021
What a awesome friend she was. Condolences to the family and may my friend Peg, rest in eternal peace. We will cherish our wonderful memories. Thank you God for having had Peg in our lives.
Allen and Tina Smith
Friend
June 9, 2021