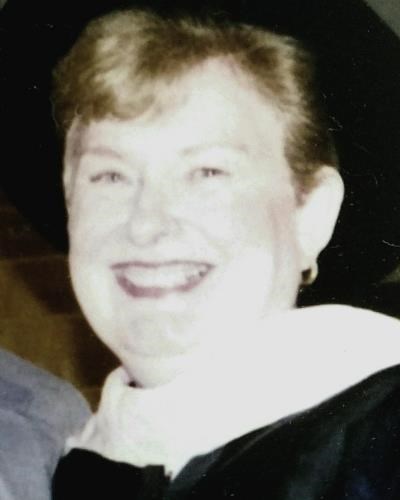 BORN
1942
DIED
2021
FUNERAL HOME
Friedrich-Jones Funeral Home
44 South Mill Street
Naperville, IL
Marianne Piet, 78, of Naperville, formerly of Orland Park and Chicago, passed away on Sunday July 18, 2021, at her home. She was born on September 22, 1942, in Chicago IL. Loving wife of the late Edward J. Pietrzyk, dear mother of Mark Pietrzyk, Christine (Edmund) Kearney, and Ken Pietrzyk, adoring grandmother of Sarah and Brendan, sister of Jeanne (the late Walter) Simak, and the late Thomas (Carol) Patzin. She is also survived by many nieces and nephews. Marianne grew up in Chicago and attended Kelly High School. At the age of 36 she went to college, first at Moraine Valley Junior College, later finishing her Bachelor of Arts degree at The University of Illinois at Chicago. She continued on to earn multiple graduate degrees in the field of social work, first earning her Master of Social Work through the University of Illinois at Chicago Jane Addams School of Social Work. While in her 50's Marianne once more returned to the classroom, earning her Ph.D. in social work from Loyola University in Chicago. Marianne was a trailblazer. As a national expert in the treatment of domestic violence offenders, she was a sought-after speaker for both professional research and training conferences, as well as an author of professional journal articles and book chapters. Her treatment protocols are still often used and seen as the standard of care in working with domestic violence offenders. Her broader clinical work involved 20 years of practice in the emergency room at Christ Hospital, private practice, and many pro-bono endeavors. As Professor of Social Work at Aurora University, Marianne committed herself to the education and training of the next generation of social workers. She was a popular teacher whom students praised for her ability to provide real-world consultation and guidance. Marianne was most proud of the fact that both her daughter and granddaughter have followed in her footsteps, becoming Licensed Clinical Social Workers. A brief outdoor celebration of Marianne's life will be held on Thursday, July 22 at 10:15 am at the DuPage Unitarian Universalist Church at 1828 Old Naperville Rd, Naperville IL. 60563 with a luncheon to follow at Maggiano's Naperville. Please, no flower donations. Donations in Marianne's memory may be made to Groundwork Domestic Violence Program, Guardian Angel Community Services, 168 Ottawa St., Joliet, IL 60432 http://www.gacsprograms.org/

To plant trees in memory, please visit our Sympathy Store.
Published by Chicago Tribune on Jul. 22, 2021.
MEMORIAL EVENTS
Jul
22
Celebration of Life
10:15a.m.
DuPage Unitarian Universalist Church
1828 Old Naperville Rd, Naperville, IL
Funeral services provided by:
Friedrich-Jones Funeral Home
MAKE A DONATION
MEMORIES & CONDOLENCES
2 Entries
I am so very sorry about Marianne's passing. I saw the obituary in the Tribune that evening so was unable to attend the celebration. Dr. Kearney told me about Marianne when I was a psych student at Lewis. I did continue on at Aurora for my Master's in Social Work and just retired last year from 20 years of school social work. It was one of the most rewarding careers I have ever had, and I have Marianne to thank for a good part of that. When I took the test to become a social worker, I had a lot of anxiety. Marianne wrote on a post-it "I am comfortable, I am calm, I am confident" and gave it to me before the test. I passed the test and I still have that post-it in my wallet. Thank you, Marianne, for all that you have done for me and so many others. Rest in well-deserved peace, and my prayers and condolences go to the family.
Karen Adamczyk
School
July 25, 2021
Heartfelt sympathy for the loss of your mom.Your Mother will forever remain in our hearts and memories."
Tom & Mary Patzin
Family
July 21, 2021
Showing 1 - 2 of 2 results