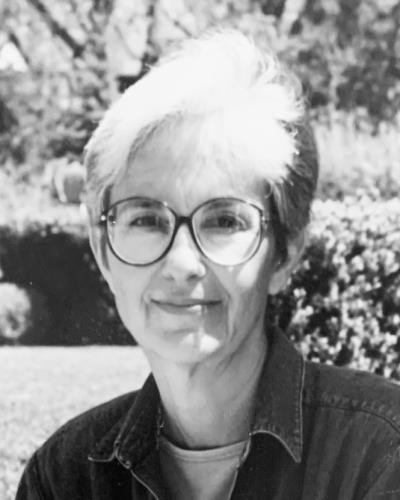 BORN
1935
DIED
2021
ABOUT
Highland Park High School
It is with sadness that the family of Mary Jo Adams (née Perreault) announces her death on Nov. 2, 2021 in Westbrook, Maine. She was born to Bryan K. and Anna Laura (née Dangerfield) Perreault on July 19, 1935 at Passavant Memorial Hospital in Chicago, IL. She was named in honor of her paternal grandmother (Marie Perreault) and maternal grandfather (Joseph Dangerfield). Mary Jo grew up in the northern suburbs, graduated from Highland Park High School, and earned a BA in French in 1958 from the University of Wisconsin in Madison. She was a member of Gamma Phi Beta sorority.

It was while working in the bond department at the First National Bank of Lake Forest that she was set up on a blind date with Howard D Adams, and they married on Oct. 8, 1960. Howard was the love her of life, and they enjoyed 49 years marriage prior to his 2009 death. Mary Jo left the bank with the birth of her first child, Alan, in 1965 and committed herself to being a mother and homemaker. Outside of the home, she was a member of the Lake Forest Garden Club, the Chicago Horticultural Society, and served on the Lake Forest Library Board. She was also a longtime member of the Onwenstia Club. She and Howard enjoyed travel in their later years that included regular trips to England, annual visits to Caneel Bay on St. Thomas in the Virgin Islands, and a special trip to New Zealand. In 2010, Mary Jo moved to Maine to be near her daughter, and though living with Alzheimer's disease, she never lost her good humor.

Mary Jo was a great cook and adventurous eater who loved a good martini though she maintained that the olives were the best part. She had a quiet intelligence with a longstanding affection for good books, and she kept a large, varied library. She loved animals, especially dogs, and was a natural when it came time to train the family's first dog, Duncan. A steadfast friend, Mary Jo was gracious, thoughtful, and kind in her relationships. She loved a good laugh, sometimes bringing herself to tears with a joke or story at the supper table, and she was keenly aware the beauty around her in day-to-day life, stopping to admire a particularly fine blue sky or flower bloom. While she ran her family and household with careful organization, she was not afraid to embrace whimsy and a splash of bright color. Her most remarkable trait, however, was her ability to see those she loved in their fullness, embracing their good and less good attributes.

She is survived by her son, Alan W. Adams (Anne) and daughter, Kate Adams (Mark Hibben), as well as her grandchildren, Reid W. Adams and "Piper" Sarah P. Adams.

"Evermore, For Ever More, and More"

Published by Chicago Tribune on Nov. 21, 2021.
To plant trees in memory, please visit the Sympathy Store.
MEMORIAL EVENTS
To offer your sympathy during this difficult time, you can now have memorial trees planted in a National Forest in memory of your loved one.
MAKE A DONATION
MEMORIES & CONDOLENCES
1 Entry
So sorry to hear of your mom's passing. I remember her as a gentle, friendly and lovely lady.
Lynn Van Cleave
Work
December 9, 2021
Showing 1 - 1 of 1 results