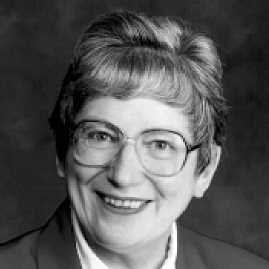 Mary Lou Cowlishaw, 78, passed away Wednesday, June 23, 2010, at Edward Hospital in Naperville. She was born Feb. 20, 1932, in Rockford, IL, to Donald George and Mildred Corinne (Hayes) Miller. She graduated as Valedictorian from West Rockford High School. She majored in journalism at the University of Illinois in Champaign Urbana, and did post-graduate studies at Northwestern University. Honorary degrees included a Doctor of Humane Letters degree from North Central College in 1999 and from Benedictine University in 2000. At the time of her death, she was an Adjunct Professor of Education at North Central College. She married Wayne Cowlishaw on July 24, 1954. They have three children, Beth (Mrs. David) McDaniel, John (wife Jane) Cowlishaw and Paula (Mrs. Andrew) Rader; and eight grandchildren, Jacob McDaniel, Zachary, Maxwell, Alexandria, and Rachel Green-Cowlishaw, Emily, Elizabeth, and John Paul (JP) Rader. She was preceded in death by her parents; and son, John. Mary Lou has been a Naperville resident since 1958. She served on the Naperville District 203 Board of Education from 1972-1983. Prior to her election to the Illinois General Assembly in November, 1982, she was a member of the editorial staff of the Naperville Sun. She served as the Representative to the 41st District from 1983 - 2003. In 1981, she won the first place annual award for investigative reporting from the Illinois Press Association and authored the book, "This Band's Been Here Quite a Spell," about the history of the Naperville Municipal Band. During her 20 years in the legislature representing Naperville, she sponsored countless proposals. Some included the Chicago School Reform legislation, which became a model for the nation. She also sponsored the Education for Homeless Children Act and the legislation creating the Illinois Mathematics and Science Academy. Closer to home, she sponsored changes regarding hospital districts. This ultimately enabled Naperville's Edward Hospital to go from public to private status. She was credited at the time for "saving" the hospital. Some of the House committees she served on during her time in the legislature included the Elementary and Secondary Education Committee, Public Utilities Committee, Higher Education Appropriations Committee and the Select Committee on Aging. She was a member of many of Naperville's civic organizations. She, along with friends, spearheaded the creation of the Naperville Park District. She was a member of Community United Methodist Church for 50 years. Recipient of many legislative and public service awards, one that was most special for her was the naming of a new elementary school in 1997 in Indian Prairie School District 204 as the "Mary Lou Cowlishaw Elementary School". Visitation will be held on Friday, June 25, 2010, from 4 to 8 p.m., at the Beidelman-Kunsch Funeral Home, 516 S. Washington St., Naperville. Funeral service will be held Saturday, June 26, 2010, at 10 a.m. at the Wesley United Methodist Church, 21 E. Franklin Ave., Naperville. Interment will be at Naperville Cemetery. In lieu of flowers, a donation in her memory to North Central College, Advancement Office, 30 N. Brainard St., Naperville, IL 60540. Info: (630) 355-0264. www.beidelmankunschfh.com
To plant trees in memory, please visit our Sympathy Store.
Published by Chicago Tribune on Jun. 24, 2010.
MEMORIAL EVENTS
No memorial events are currently scheduled.
To offer your sympathy during this difficult time, you can now have memorial trees planted in a National Forest in memory of your loved one.
MAKE A DONATION
MEMORIES & CONDOLENCES
11 Entries

Sorry we couldn't come to Mary Lou's funeral. Mary Lou was a cousin and we
have a lot of memories from the Hayes side of the family.

Roberta (Bailey) and Richard Spitz
East Peoria,Illinois
July 18, 2010
To the Cowlishaw Family - I am fortunate to have know someone who earned the love, respect and admiration of people too numerous to count. Mary Lou gave a gift - her time on earth - for the betterment of others. She will be missed, but she will be remembered. an admirer (now living in Texas)
June 29, 2010
I will remember Mary Lou as an ardent fan of the Illini, a great storyteller, and as a great companion on a family vacation with our children.
Joyce Howe
June 25, 2010

Joyce Howe
June 25, 2010
Mary Lou also served the Lisle (202) schools and was a champion to education and children across Illinois. She was a dedicated, caring servant and leader. We will always cherish Mary Lou's contributions and will surely miss her. To the family, our sympathy, but also our deepest respect.
Scott
June 24, 2010
Dear Wayne and family,

I am so sorry for your loss. Mary Lou was an exceptional person, and I admired her tremendously. I will miss her entertaining stories and her wonderful sense of humor, but most of all, I will miss her kindness and her friendship. It was an honor and a pleasure to have known her. May God's peace bless and comfort all of you now and in the future.

With love and sympathy,
Lisa Riley
June 24, 2010
Wayne and Family, my very deepest sympathy to you for your loss. Mary Lou and I had many many conversations and a friendship as a neighbor on Eagle Street, where are children played together. Whenever I read about some of her wonderful legislation for education, I felt proud to have known her "way back when." She will be missed.

For many years I had the pleasure of working with Mary Lou at the Capitol. She was chair of the Education Committee when I was just a young staffer. She was a role model and very helpful to a young person just entering the political scene. I appreciated her generosity, insight and great wit. I will miss her and will keep you in our thoughts & prayers.

Mark Denzler
Mark Denzler
June 24, 2010
I am so sorry to hear the news of Mary Lou and even sorrier that I cannot be there on Saturday. We had a great time in the Sun newsroom and I will never forget her knowing smile. When I think of her, which is often, I think of her smiling. My deepest sympathy to Wayne and the family.
Susan Erion, Paw Paw, MI.
Susan Erion
June 24, 2010
Mary Lou Cowlishaw must first be remembered as the fine person she was. That said she was my state rep in Warrenville for all those 20 yrs. She was a friend. I learned much from Mary Lou. I even got to meet a few big shots through our work together. I am sorry for your loss Wayne and family. Mary Lou's dedication to public service and her accomplishments that served all people must make you so proud. I will pray that you take some comfort in your fond memories.
Jim Gustin
June 24, 2010
I had the pleasure of serving with Mary Lou in the legislature for 26 months, and was her seat-mate.
She was quite a character,and a great lady.
My condolences to the family.
Robert L. Bergman
June 24, 2010
Showing 1 - 11 of 11 results