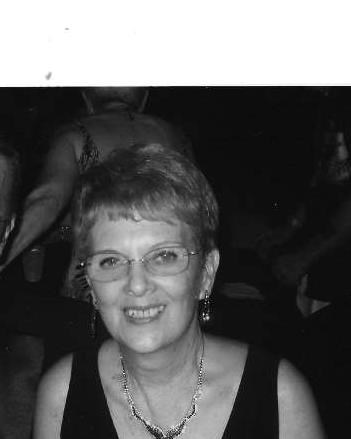 This is a loving tribute to Mary (née Williams) Zezula-Pitelka, a woman of exceptional spirit and

spark. Mary was born in Bay City, Oregon to Francis and Harold Williams in 1937. She was

the youngest of five children in a pioneering timber family that settled around Bay City, Oregon.

At 20, Mary moved to a suburb north of Chicago with her older sister, Martha. She met her husband, Jim Zezula and raised their two children, Carla and Jim, spending their early years in Zion, IL before settling in their home on Lake Minnetonka, MN. Mary worked in Plymouth, MN where she met her second husband. They returned to Chicago where she became part of the Pitelka family and enjoyed many new adventures - building a business, building a home, sailing on Lake Michigan, and vacations to Mexico.

After selling their successful business Mary again wanted to return to work. She was hired as a receptionist for the Midwest Operating Engineers Union Local #150 where she thrived until her retirement in 2008.

After retiring, Mary kept active through her passions, music and dancing. Mary was a long time member of the Brookfield Jazz Society, the Cotillion Dance Club and the West Suburban Dance Club. Mary found so much joy and happiness with her dear friend and dancing partner, Bill. At 82, Mary embarked on another adventure and moved from Chicago to Carson City, Nevada. She loved her new home where she enjoyed gardening and bird watching. Mary was most proud of her grandson, Joseph, who recently graduated with a BS degree from Saint Augustine College in Florida.

After a year long battle where Mary had beat lymphoma she had a recurrence. She passed peacefully with her daughter by her side. Mary will be reunited with her son Jim, and all of her family in heaven. Mary is survived by her daughter in CA, grandson in FL, stepchildren and grandchildren in IL, and her sister-in law, nieces and nephews in OR.

Donations in Mary's memory to the Arbor Day Foundation (https://arborday.org)

There will be celebrations of life for Mary in Chicago and Carson City later this summer, to be included please email [email protected] or write 1137 Tomahawk Lane South Lake Tahoe, CA. 96150.

To plant trees in memory, please visit our Sympathy Store.
Published by Chicago Tribune from Jun. 5 to Jun. 13, 2021.
MEMORIAL EVENTS
No memorial events are currently scheduled.
To offer your sympathy during this difficult time, you can now have memorial trees planted in a National Forest in memory of your loved one.
MAKE A DONATION
MEMORIES & CONDOLENCES
1 Entry
My heartfelt condolences to the family
Jillian
June 12, 2021