Nancy Hughes
ABOUT
Glenbrook North High School
FUNERAL HOME
Wenban Funeral Home, Ltd.
320 Vine Avenue
Lake Forest, IL
Nancy L. Hughes, a longtime resident of Lake Forest, Illinois, passed away at age 68 on September 15. A devoted wife, mother, and grandmother with a particularly sharp skill for making a house a home-whether a family farm in Harvard, Illinois; a desert getaway in Scottsdale, Arizona; or in several suburban homes along her beloved North Shore of Chicago-it is perhaps fitting that even in the building in which she passed, Northwestern Lake Forest Hospital, there was a pavilion dedicated to her by name, along with that of her husband, writer and filmmaker John Hughes.

Born in Chicago on April 22, 1951, Nancy was a resident of Northbrook, Illinois in her youth, where she met fellow Glenbrook North High School student John Wilden Hughes, Jr., in 1967. Three years later, they were married-Nancy at 19, John at 20. After they both worked a series of odd jobs, John found success in Chicago advertising, eventually gaining full employment as a creative director before transitioning into screenwriting, telling stories comprised of observations from the young couple's lives and shared experiences in towns like Northbrook, Glencoe, and Northfield, and the young people they championed and took under their wing as they raised a family of their own. Eventually, the affinity they shared for their community was known around the world.

In 1988, Hughes released the semi-autobiographical She's Having a Baby, for which the final credit reads "Inspiration: Nancy Hughes." Though firmly set in the North Shore, the script was written in the Brentwood neighborhood of Los Angeles, where the Hughes family lived from 1984–88. The film's emotional climax revolves around a harrowing but ultimately healthy birth at Evanston Hospital, as it was then known, the same building where both of Nancy's sons, John III and James, were born.

Set to Kate Bush's "This Woman's Work," a track personally commissioned by Hughes, the sequence exemplifies a moment where music tells a story that images alone can't adequately express. It was fitting, considering Nancy's life was steeped in music. Whether songs blasted indoors or on poolside boom-boxes, friends and frustrated neighbors quickly learned her favorites. A music lover in high school, she found her partner in John, already a seasoned collector of import and rare records. Together they attended an astonishing range of rock concerts in the 60s, spent long nights in Chicago blues and reggae clubs in the 70s and 80s, and venues across the country and beyond in the years to come. However, listening to music at home remained a priority, as her favorite albums were the soundtrack to marathon card games, while friends of all ages angled for a spot at Nancy's table. Time was shared not just with family, but with friends who stretched back to grade school. Welcome were the black sheep of the neighborhood in need of companionship, as well as rising stars of Hollywood in need of stability.

The family's move to Los Angeles in 1984 was predated by a short stint in Scottsdale, Arizona. The state was familiar to John and Nancy, who'd spent a portion of their late teens living on a shoestring budget in Tucson, before ultimately settling in Glencoe in the early 1970s. Following John's death in 2009, Nancy returned to Scottsdale, in 2011, and quickly established a wintertime oasis for herself and a steady stream of visitors, most notably her niece, Lyra Waggoner, and husband Josh and daughters Vela and Carina.

Nancy's parents, Henry and Naomi Ludwig, were a constant presence in her life and that of her younger sister, Janice, who passed away in Illinois in 2000, an event that shook the family and strengthened their resolve to remain even more connected moving forward. Henry and Naomi, who wed in Chicago in 1947, remained married for more than 65 years. John's untimely death in 2009 prevented the couple from reaching their 40th anniversary, a particularly difficult circumstance for Nancy to cope with as she faced life in his absence.

For the subsequent decade, Nancy was deeply committed to the long-term health and care of her parents. She held vigil over Henry as he passed from complications from dementia at age 90 in 2013, and had welcomed Naomi into her Lake Forest home for the final months of her life, before dying in her sleep on September 5th, 2019. The night after the services for Naomi, who was buried beside her husband and daughter at Memorial Park Cemetery in Skokie, Nancy fell ill. For five days, she was treated in the intensive care unit at Northwestern Lake Forest Hospital, before succumbing to complications from a blood infection, surrounded by friends and loved ones, on Sunday, September 15.

In her final years, Nancy was a dedicated philanthropist, especially in her hometown of Lake Forest, donating significantly to the aforementioned Northwestern Lake Forest Hospital, where the John & Nancy Hughes Pavilion now stands, along with the Hughes Auditorium at the Robert H. Lurie Medical Research Center of Northwestern University in Chicago, which opened in 2005. She was particularly committed to the renovation of Lake Forest's Gorton Community Center, namely the John & Nancy Hughes Theater, a state-of-the-art facility that regularly hosts lectures, screenings, and more. Other recent projects include the John & Nancy Hughes Clubhouse at the Deerpath Golf Course and investment in Sibylle and Robert Redford's production The Way of the Rain at Brushwood Center at Ryerson Woods.

On September 14, the day before she passed, Lake Forest residents gathered for the dedication of the Hughes Gateway at Forest Park Beach, rebuilt with Nancy's assistance after flooding destroyed the previous entrance. The site is just blocks from her former home on Westminster Avenue, which she donated to Northwestern Lake Forest Hospital in 2014. The home was where her family had lived from 1988–2009, and where her husband wrote Home Alone. In death, the couple is united once again.

Nancy is survived by her son John III, daughter-in-law Ruta, and grandchildren Katelyn, Wil, and Livia; son James, daughter-in-law Tracy, and grandson Henry. Services were held in Lake Forest on Saturday, September 21, and Nancy was laid to rest at Lake Forest Cemetery. Donations can be made in her name, Nancy L. Hughes, to Northwestern Lake Forest Hospital. Info: Wenban Funeral Home (847) 234-0022 or www.wenbanfh.com

Published by Chicago Tribune from Sep. 24 to Sep. 26, 2019.
To plant trees in memory, please visit the Sympathy Store.
MEMORIAL EVENTS
To offer your sympathy during this difficult time, you can now have memorial trees planted in a National Forest in memory of your loved one.
Funeral services provided by:
Wenban Funeral Home, Ltd.
MAKE A DONATION
MEMORIES & CONDOLENCES
17 Entries
To the Hughes family, your mother is missed by so many. Her smile and kindness will be remembered to those who knew her and her quiet generosity will impact our community for lifetimes to come. God Bless your family.
Elizabeth Pruett
September 17, 2020
Behind Every Great Man is an Awesome Woman! Thank You Nancy

Leo of Rockford IL in Oceanside CA
Semper Fidelis
70-81 USMC
01-04 CaArNG
Leo Chapinski
February 16, 2020
I will always remember Nancy just popping in at our house when I moved to Lake Geneva, Wisconsin. We always had such a great time together. Rest in peace Nancy until our paths cross again.
Love you!
Nancy (Bohlin) Thompson
September 30, 2019
My thoughts and prayers are with the Hughes family. The loss of my aunt Naomi and then Nancy is sorrowful. I wish I had known so I could have attended the services. My true sympathies. I was the flower girl in Nancy and John's wedding. I have great memories of growing up with Nancy, Janice, meeting John and of course my Uncle Hank and Aunt Naomi.

Love and prayers, Jean Ludwig Ransdell
Jean Ransdell
September 29, 2019
my sincere condolences to the hughes family for your loss. your mother touched everyone in lake forest with her gifts of generosity. her legacy is imprinted here and will he felt for generations to come.
elizabeth pruett
September 28, 2019
Wishing your family peace and comfort; expressing sincere gratitude for your gentle and generous presence in our community.
Lydia Backer
September 26, 2019
So sorry to hear of Mrs. Nancy Hughes's passing. A very special person who loved people and dogs as well. I had the pleasure of meeting her on occasion when she would bring her dogs into my shop to be groomed. She kept very good care of her dogs. Of course that shows you just what kind of person she is. Thoughts and prayers are with her loved ones.
Diana Principato Shaggy Dog Shop
September 26, 2019
Again my most sincerest condolences to all the side driving family members Faithfully yours Thomas!!
Thomas R Wilson
Acquaintance
September 26, 2019
Richard and I had fond memories of sitting in the stands at baseball games, when our boys were kids. What a kind, generous, funny woman. God bless.
Linda Biondi
September 26, 2019
All of our Lake Forest community has benefited from the generosity of Nancy Hughes. As a grad of Glenbrook North HS and a life long North Shore/Lake Forest resident the movies of John Hughes are what my children enjoyed the most growing up as they reflected a special time and place in GenX culture and had universal appeal. All the gifts bestowed on Lake Forest shows the impact that a couple's talents can have in lifting up the lives of many. RIP Nancy. Your life made a huge difference to many.
Marilyn OConnor
September 26, 2019
Dear Hughes Family, Please remember the wonderful times we shared. Such great memories. Sorry I wasn't there to hug you when you need it. When you read this i hope you can find a way to smile. Now I have another Angel looking out for me in heaven. Love Always.
John Hardy
September 25, 2019
Worked with John at Leo Burnett Co. Shocked and sorry to read about Nancy's passing.
Jack Woods
September 25, 2019
IN 2016, I had the honor to spend 20min with Nancy and talk about life, filmmaking, love of Chicago and how her husbands work has influenced me as a filmmaker. She was the kindest person and gave me encouraging words to always fight for the life I want but not to be taken advantage of by the industry if I ever got my break. Thank you Nancy from the bottom of my heart for giving me those 20 min. I carry them with me for the rest of my life. Rest in Peace.
Mike Krumlauf
September 25, 2019
May care and love of those around you provide comfort and peace to get you through the days ahead. My most sincere condolences.
September 25, 2019 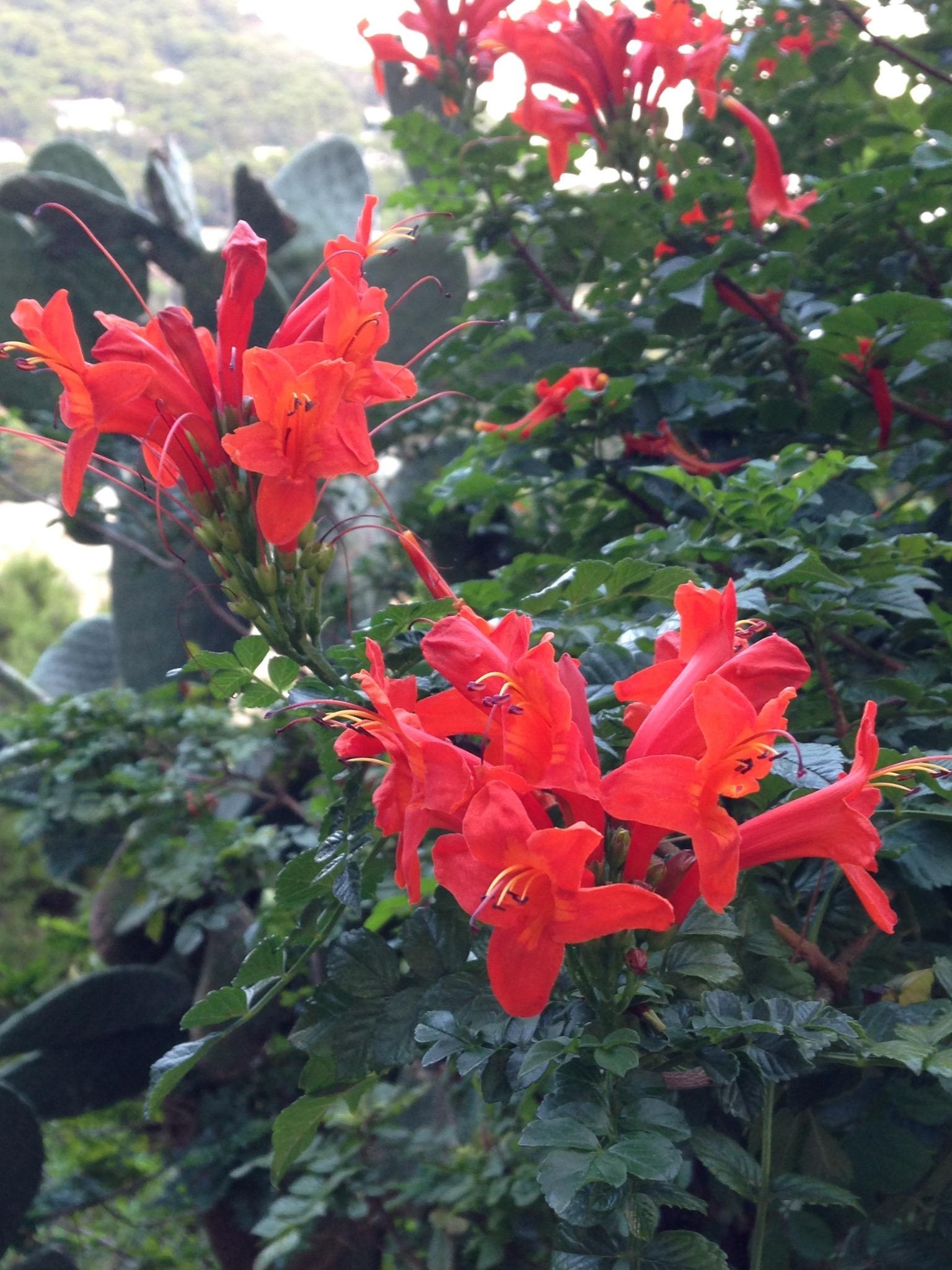 Sue Lannin
September 24, 2019
Dearest Family of Nancy, We are heartbroken learning of Nancy's passing.She was a blessing to know, talk about meeting an angel on earth, she was the one. I knew John and spent times with him laughing and talking in the South Gate Restaurant here in Lake Forest, he was a quiet man but always had a way of making you laugh. There just are no words I can say at this time, but our Lord takes his angels home when he wants them. May Nancy and John know how much they were loved here in Lake Forest, IL, she will be missed.
Love, Kurt W. Roesner, Lake Forest, IL
September 24, 2019
Thankful that Nancy was able to make a difference and help so many others, by being herself and showing the way. So sorry for your loss.
Lynne Holyoke
September 23, 2019
Showing 1 - 17 of 17 results