Patrick Peterson
ABOUT
Leo High School
FUNERAL HOME
DeFiore Funeral & Cremation Service
10763 Dundee Road
Huntley, IL
Patrick E. Peterson, 81 of Huntley, died peacefully on November 30, 2018 Visitation will be on Tuesday, December 4, 2018 from 4:00 to 8:00pm at DeFiore Funeral Home-10763 Dundee Road, Huntley ,IL. A funeral Mass will be celebrated on Wednesday, December 5, 2018 at 1:30pm at St. Mary Catholic Church,10307 Dundee Road, Huntley. Burial will be private. Pat was born on St. Patrick's Say in 1937. He was a graduate of Leo High School and Marquette University. Upon graduation he spent the next 10 years working at Argonne National Laboratory as a chemist after which he continued his career with CF industries who transferred him to Lakeland, Florida in 1970 where he worked in environment compliance regarding water and air purity. It was at this time Pat became involved in his favorite pastime officiating high school football and little league baseball for 25 years in Florida and Illinois. He also was a devoted fan of the White Sox and his favorite, the Green Bay Packers. He was transferred back to the home offices in Long Grove, IL, in 1980 as a Manager of Special Services until his retirement in 2004. He his loved by his wife Alice Sobanski whom he married 60 years ago. They lived across from each other and started first grade together. He will be missed by his children, Terry and Janine Peterson, Donna and Ken Adams, Diane and Dan Musso, Jeanie Peterson, Laura and Richard Otto, and Mary and Jim Zabratanski. He loved his grandchildren, Christopher, Katie, Kimberly, Lisa, Patrick and Andrea, Bevan and Jessie, Lauren and Mike, Allison, Annie, Megan, James, Danny and Lizzie, Cass and Karen, Billy and Ryland and by his greatgrandchildren, Emery, Eli and sweet Baby Charlotte. He will be remembered joyfully by his brother, Jerry and Sharon and his family and the Christy, Sobanski and Boggs families and many O'Connell and Peterson cousins, nieces and nephews. For further information please call the funeral home at 847-515-8772 or on-lone condolences may be directed to www.defiorefuneral .com

Published by Chicago Tribune on Dec. 3, 2018.
To plant trees in memory, please visit the Sympathy Store.
MEMORIAL EVENTS
Dec
4
Visitation
4:00p.m. - 8:00p.m.
DeFiore Funeral & Cremation Service
10763 Dundee Road, Huntley, IL
Dec
5
Funeral Mass
1:30p.m.
St. Mary Catholic Church
10307 Dundee Road, Huntley, IL
Funeral services provided by:
DeFiore Funeral & Cremation Service
MAKE A DONATION
MEMORIES & CONDOLENCES
7 Entries
My sincere condolences to your family for the loss of your love one. May the God of comfort be with you during this sad occasion and may his loving words at John 6:40 console your heart.
Z L
December 8, 2018
Eternal rest grant unto them, O Lord,
and let perpetual light shine upon them.
May they rest in peace. 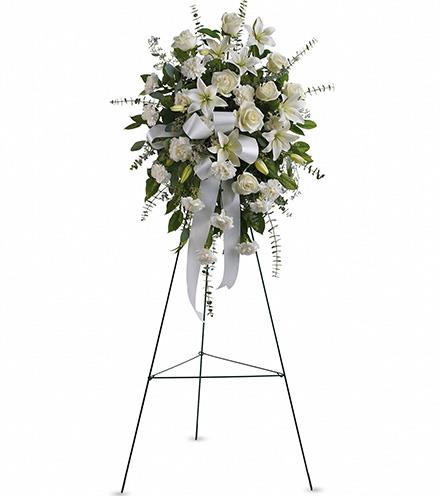 Kristin Zabratanski
December 3, 2018
The Lord is Good,
A strong hold on the day of trouble;
And he Knoweth them that trust in him.
Heartfelt Condolences.
John & Debbie Johnson
Florida
John Johnson
December 3, 2018
Please accept my sincerest condolences for your loss. I hope that words such those found at John 6:40 bring you comfort at this difficult time. CR
December 3, 2018
Showing 1 - 7 of 7 results