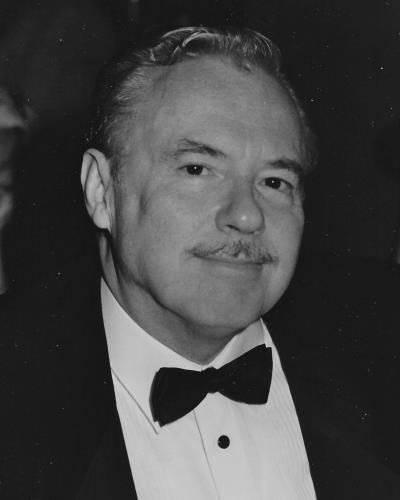 Peter Christy was born December 3rd, 1931 to a Danish immigrant and a German farm girl. As a depression baby, he had the gift of thrift his whole life. Born in Chicago, he spent his childhood summers on a farm in Montana and worked out there in his teen years, of which he always had fond memories. Pete was a proud graduate of Lane Tech High School, after which he started college at the University of Illinois, Navy Pier campus (yes, that was a long time ago!). He decided to take a break from school and his advisor said "Christy, if you drop out of school, you're going to get drafted!". That was an accurate prediction and off to Korea he went. He never talked much about his combat experience with the 7th Infantry Division, but when pressed about the origins of his Bronze Star, he simply said "I pulled a guy out of a burning tank". His Army experience did yield two good things: he became pen pals with Noreen Gilbertson and he had renewed focus to finish college helped by the GI Bill. His relationship with Noreen blossomed into a 65-year marriage and yielded three children, Anne Stob (Joe), Ingrid Plesko (Jim), and Raymond Christy (Patricia). After earning a degree in mechanical engineering from the U of I, he became a licensed professional engineer and went on to get security clearance from the U.S. Government which allowed him to design parts for helicopters, nuclear submarines, and even rockets in the space program. Finding sales more lucrative and people more interesting, he finished his career as a sales engineer. Pete was an avid flea-market shopper; always finding some interesting "treasure". One time he brought home a bowling ball drilling machine. He was not a bowler. It was just a deal too good to pass up and was something he didn't already have. Tinkerer, animal lover, builder of bikes - that was Pete. He could fix almost anything in his precious workshop. An avid motorcyclist, he took Noreen on a whirlwind trip through Eastern Europe in 1972, which the Soviet authorities found very interesting, and was a member of the Streeterville Scramblers motorcycle club. Pete and Noreen enjoyed many cruises including a family trip to Alaska's Inside Passage, which carries many delightful memories. Sadly, Pete succumbed to complications from dementia on October 5th, 2021 at nearly 90 years old. He is survived by his wife, daughters, son, and his favorite grandchild, Tyler Cancialosi. In a private ceremony, Pete will be interred at Abraham Lincoln National Cemetery with military honors. In lieu of flowers, the family asks that you consider a donation to Norwood Crossing in Chicago.

Published by Chicago Tribune on Oct. 10, 2021.
To plant trees in memory, please visit the Sympathy Store.
MEMORIAL EVENTS
To offer your sympathy during this difficult time, you can now have memorial trees planted in a National Forest in memory of your loved one.
MAKE A DONATION
MEMORIES & CONDOLENCES
3 Entries
Our deepest sympathy to the Christy family
GNO girls
Friend
October 15, 2021
It truly is a wonderful life ... how many lives this man touched. Prayers and blessings to your family. Allez avec Dieu.
ML
October 11, 2021
While reading his obituary I smiled about his bowling machine purchase....so sorry for your lost. He was an interesting fella. May you find peace with the wonderful memories he leaves behind.
Mary Herbstritt
Other
October 10, 2021
Showing 1 - 3 of 3 results