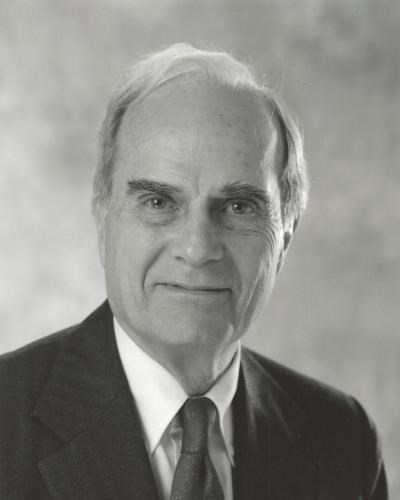 Phil Caldwell Neal, 97, former Dean of The University of Chicago Law School and a founding partner of the Neal, Gerber & Eisenberg law firm, died in Chicago on September 27, 2016. Born in Chicago, Phil grew up Oak Park, IL, attending Oak Park & River Forest High School. A full scholarship took him to Harvard College where he received his A.B. summa cum laude in 1940, was a member of Phi Beta Kappa and was elected President of the Student Council. At Harvard Law School he served as President of the Harvard Law Review, graduating in 1943. Following law school, Phil served almost two years as law clerk to Supreme Court Justice Robert H. Jackson. In spring 1945, through the intercession of Justice Felix Frankfurter Phil had the opportunity to assist Department of State official Alger Hiss in his work as secretary general of the United Nations San Francisco organizing conference. Phil had told Frankfurter that since illness had prevented him from being part of the war effort he would very much like to be part of the peace. At the conclusion of the UN conference Phil practiced law in San Francisco for two years before joining the faculty of the Law School at Stanford University, where he taught for 13 years until 1962. Among his Stanford students were Sandra Day O'Connor and William H. Rehnquist. In 1962 Phil was recruited to the University of Chicago by then-Dean Edward H. Levi, and soon succeeded Levi, serving as Dean of the Law School for thirteen years and thereafter continuing as a faculty member for eight additional years while also practicing law part time with the Chicago firm of Friedman & Koven. In 1986, at age 67 Phil with 35 others co-founded Neal Gerber & Eisenberg. Having taught virtually every subject in the law school curriculum during 34 years as a professor Phil greatly enjoyed consulting on cases with his young partners, often helping to devise novel and successful litigation theories backed by obscure but relevant case law. He focused on complex commercial matters, with a particular emphasis on antitrust and constitutional issues, and argued numerous cases to the Circuit Courts of Appeals and the U.S. Supreme Court where former students and former academic colleagues on the bench were well aware of his remarkable career, his wit and sharp mind. Phil served actively on the executive committee of the 135 lawyer firm until recently. Phil C Neal is survived by his wife of 31 years, Linda Thoren Neal; three sons by Mary Cassidy Neal: Stephen (Michelle S. Rhyu), Timothy (Laurie), and Andrew (Holly A. Harrison); 13 grandchildren; and one great¬-grandson. He was preceded in death by his son Richard, who died in 2015. A memorial celebration will be held at 4 pm on Monday, December 5, in the Glen Lloyd Auditorium, University of Chicago Law School, 1111 E 60th Street, Chicago. Gifts in lieu of flowers may be made to scholarship funds at The University of Chicago Law School or Chicago's Music of the Baroque.
To plant trees in memory, please visit our Sympathy Store.
Published by Chicago Tribune from Oct. 10 to Oct. 11, 2016.
MEMORIAL EVENTS
Dec
5
Memorial service
4:00p.m.
Glen Lloyd Auditorium, University of Chicago Law School
1111 E 60th Street, Chicago, IL
MAKE A DONATION
MEMORIES & CONDOLENCES
1 Entry
Dear Neal Family,

Your dad lived a long and great life. I will never forget living in the Neal coach house in Hyde park. I am so sorry you have lost Dick. Steve, Tim, Andy please accept my deepest condolences.