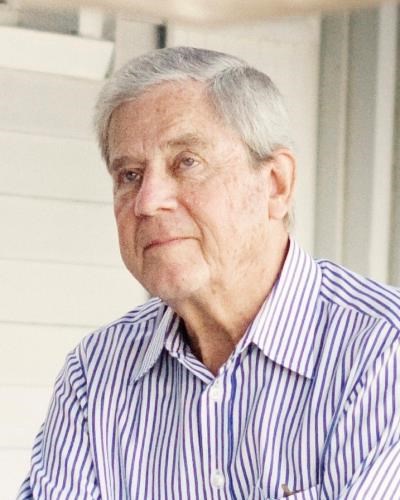 Philip Wayne Hummer, 89, of Chicago, Illinois, and East Hampton, NY, passed away peacefully at his home on December 18, 2020, after a short illness, surrounded by his wife Lynn and their three daughters: Helen Feid, Brooke Hummer Mower and Elizabeth Hummer. Born in LaSalle, Illinois, Philip was the fifth child of Wayne and Ann (McNally) Hummer. He graduated from The Lawrenceville School, attended Princeton University, and spent two years as a First Lieutenant in the U.S. Army serving in Korea before joining the brokerage firm Wayne Hummer & Co. in 1954. Besides his father, Philip worked alongside his brother, William Hummer, for over 60 years; was the Chairman of the Executive Committee, helped direct the sale of the firm to Wintrust Financial Corp. in 2002; and, left the bank in 2018, at the age of 87, to start a new financial advisory firm, Hummer Mower Associates (HMA), with his son-in-law Grove Mower. He joined the board of The Field Foundation in 1987, and was the Board Chair from 1996-2004, becoming a Life Trustee in 2015. At the Chicago History Museum, Philip was a Trustee, Life Trustee and served as Board Chair from 1993-1996. He was elected in 1978 to membership in The Commercial Club of Chicago, becoming a Life Member; and, joined the Chicago Crime Commission in August of 1965, serving as Board Chair from 1979 through 1981, and remained on the board until his death. Philip was also active in the local chapter of the Securities Industry Association, serving as chairman for one year, which lead to his being on the Board of Governors from 1981-1985. He also served on the board of the Latin School of Chicago in the 1970's. Besides his wife and daughters, he is survived by five grandchildren: Charles Feid, Harriet Feid, William Feid, Chapin Mower and Edward Mower. Donations may be made in his memory to the Mikva Challenge. www.mikvachallenge.org

To plant trees in memory, please visit our Sympathy Store.
Published by Chicago Tribune on Dec. 27, 2020.
MEMORIAL EVENTS
No memorial events are currently scheduled.
To offer your sympathy during this difficult time, you can now have memorial trees planted in a National Forest in memory of your loved one.
GUEST BOOK
8 Entries
Dearest Liz: Walt and I were devastated to hear about Phil. It seems like just yesterday we had dinner together out in Easthampton. We send you lots of love. We are thinking of you. Didi
Walt and Didi Cutler
January 31, 2021
Grief can be so hard, but your special memories can help you & your family cope. Remembering your loved one today and always. Please except my deepest sympathies.
Simone Taylor
January 9, 2021
My heart goes out to the Hummer family. He and Lynn were great friends at 1448 and the Mower's were great friends at Francis Parker. Phil was a great guy who I used to ride the 151 bus with to work every morning.
Jeffrey Carter
January 5, 2021
Good finance person who strives to exceed. My heartfelt sympathies to the family
Peteor
January 3, 2021
My heartfelt condolences to the family
Patrick
January 3, 2021
I was so sorry to learn of the passing of Mr. Hummer - an amazing accomplished gentleman. My mother grew up in LaSalle/Peru and knew the family. Actually, I am his 4th cousin. Our common ancestor is Jacob Brennemann (1764-1848) and his wife Anna Gunerich (1768-1842). Blessings Nancy
Nancy Gale Conforti
December 29, 2020
Dear Lynn and Family, I was saddened to learn that Philip died. Anything that I can say or do at a time like this will be of little comfort. He was so proud of all your fine accomplishments . I like to remember the happy times we had together at Making History Awards , and each year we bet on the Stock Market, and Guess what ? Philip would win!!! You and your entire family have my deepest and sincerest sympathy . With lots of love, Liz Stiffel
Lisbeth Stiffel
December 28, 2020
Phillip and I were elected as Alternate Delegates to the 1976 Republican National Convention. He was always a gentleman. My condolences.
John G. Huff
December 27, 2020