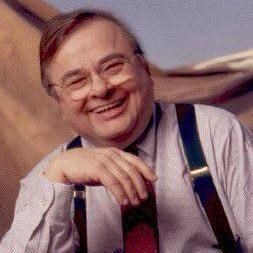 BORN
1937
DIED
2014
ABOUT
Austin High School
RYDHOLM, Ralph Williams, creatively directed a long and wonderful life and arrived at the end the way we all might hope to: at home, in his sleep, and surrounded by the family who loves him. He was born in Chicago in 1937 to parents Thor and Vivian, and spent most of his life in that city he adored. He graduated from Austin High School and then Northwestern University. After he enrolled to earn a master's degree in business from his alma mater, he had a big spat with a statistics professor over his tardiness for class. When Ralph felt right or wronged, he let you know it. The argument must have been a doozy because he dropped out of school. Knowing Ralph to be a wit with words and clever of mind, a friend suggested advertising. Phew. The ad biz was a great fit for a fellow with a sociologist's understanding of human behavior, a mathematician's grasp of logic, an actor's passion for performance, and a bard's knack for rhyme. Sometimes he was the audience: reflective and appreciative. Sometimes the showman: front and center. Sometimes the critic: questioning and validating. Over forty years, Ralph led creative departments at J. Walter Thompson Chicago, Ted Bates in New York, and Tatham, Laird, and Kudner, eventually rising to CEO at the latter. In one particular stretch of memorable work for brands like Burger King, Pepsi, and Ronco, he noted that everybody loves a burger when they can have it fixed their way, go halfway and you might as well stop, and the problem with buttons is they always come off. Ralph moonlighted as an amateur sleuth, swiftly solving mysteries he encountered in books, on TV, at the movies, or within his beloved Mohawk Street brownstone, which he bought in 1968 and obsessively refined. He loved to fix problems, be they in his home or body-he found joy in long afternoons with those who specialized in sewage systems, pest control, and dental work. He loved his wife, Jo, to whom he was married for more than fifty years. He wooed her relentlessly and stunned many when he won the account. The three kids that followed pursued some of his biggest passions. He loved music; his daughter Julia became a musician. He prized education; his daughter Kristin became a teacher. He consumed television; his son Erik became a TV producer. Together, Ralph and Jo traveled the world, but enjoyed no place more than the lakeshore of southwestern Michigan, where he landscaped the forest into a glorious spring flowering that inevitably became a salad bar for the local deer populace. He loved sports, devoting himself to Northwestern football, attending Bears' games religiously, and fruitlessly root, root, rooting for the Cubbies for his nearly 77 years. As an athlete, he could throw a tight spiral, hammer a hard serve, and occasionally make it off the first tee. But his whole family agrees that what may excited him most of all was the promise of a party. Dinner party, dance party, wedding party, pizza party-any party. He pointed proudly to ones of his own that featured high drama, loud music, and a dash of self-destruction. He knew something about everything, and so much about so many. He often said of himself, "I may not be a deep person, but I'm broadly shallow. And volumetrically, it's exactly the same." His family's love for him is both deep and broad and they miss him so much. In addition to his immediate family, he is survived by his sister, Virginia Rydholm Grimes, and her husband, Dale. A memorial gathering for friends and family will be scheduled. In lieu of flowers, the family encourages a donation to The Chicago High School for the Arts, or any other organization that inspires and fosters curiosity and a creative life.
Published by Chicago Tribune on May 27, 2014.
To plant trees in memory, please visit the Sympathy Store.
MEMORIAL EVENTS
To offer your sympathy during this difficult time, you can now have memorial trees planted in a National Forest in memory of your loved one.
MAKE A DONATION
MEMORIES & CONDOLENCES
41 Entries
Our brains work in such funny ways so if i tell you i woke up thinking of Ralph about a week ago, how about that! We need him now to explain all this and make a few pungent uproarious comments about this current
Condition! We miss you and your
Singular outlook. Xo jeanne haber
May 21, 2020
We were birds of passage in Chicago many moons past. My wife, Biddy Oppenheim, died nine years ago but I know that she would have wanted to be associated with my very fond and clear memories of Ralph and the wonderful Rydholm family. God bless you all. Nicholas Oppenheim.
Nicholas Oppenheim
Friend
May 21, 2020
So nice to be reminded of a fun smart man who always kept me laughing. Thinking of him brings a smile to my face. And hello to his wonderful wife Jo. Xo jeanne h
Jeanne Haber
May 21, 2019
Thanks for the wonderful Ralph reminder. Such a great person always recalled with joy. From the Oppenheim family (London).
Nicholas Oppenheim
May 21, 2019
Dear Rydholm Family,
I just heard of Ralph's passing and am so sorry for your loss. I was your tenant downstairs on Mohawk from 1989-1994 and have so many fond memories of Ralph. My favorite has to be him coming down to fix something in his very colorful pajamas(I think they were feet pajamas) with a huge smile on his face. My thoughts are with you all. Jodi Nelkin Savitt
February 6, 2015
Dear Jo,
Mark and I were so saddened to hear of Ralph's passing in May, only yesterday through you. What wonderful memories of your life together you will have forever. My sincere sympathy to all of you.

Our sincere condolences to Jo and the entire Rydholm family.

Ray Lyle and Jackie McCauley-Lyle
May 28, 2014
Through ESC I knew Ralph very well. He was a joy to be with. We served together on the Board of Directors, Board Marketing Committee and on client projects. He inspired me and many others with his creative ideas and leadership. He was a unique gentleman who will be greatly missed.
John Kroening
May 28, 2014 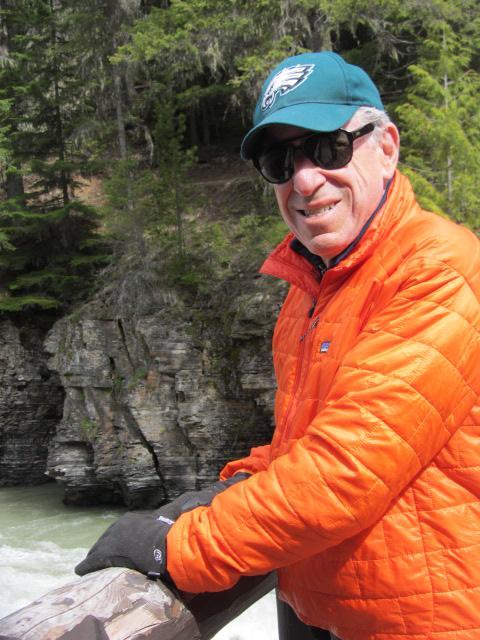 I was a young, aspiring account guy who worked with Ralph at a time he rose to JWT/Chicago's Creative Director. With a seriousness of purpose to find a creative solution to client's problems but with a unique ability to see the humor in almost any situation, he represented the best of what a creative mind can bring to all situations. I admired Ralph greatly and offer his family sincere condolences.

D.
David M. Miller
May 28, 2014
I worked with Ralph at JWT. He was such a great talent and a terrific guy. Will never forget the day he wrote and recorded "America's Burger King" for then client Burger King. He and the rest of the Chicago office were so excited. The best work EVER done for them. Thanks for all the good times and important lessons, Ralph. Will never forget you.
Dan Odishoo
May 28, 2014
R2, My sweet Ralphie Boy. Who knew such a funloving,happy jolly guy could make us all so horribly sad. So much love to you and family honey. Say hi to Mary Pat for me. Your faithful secretary...
Sandy Millman
May 28, 2014
jo, all the donahues wish you well.

Ralph probably wrote the line "Life should be led like a cavalry charge '... because that's what he did.

Nick Donahue will never forget the Cubs game,the theater in Wildwood and the golf outing at Lost Dunes.
May 28, 2014
I knew Ralph only casually to say hello at Lost Dunes Golf Club. I really wish that I'd gotten closer to him after reading the obituary today. Your description of Ralph was delightful, you did him proud - very nicely done. Peace to Ralph, his family and his friends too.
Kevin Gratkowski
May 28, 2014
I met Ralph at Ted Bates in NYC...he loved that I came to my interview wearing a flight suit. haha! His infectious good humor encouraged creativity in everyone around him...it was always safe to try stuff out with Ralph. What a gift!! Ralph, may you rest easy, old sport. You were one of the greats !
Rachel Baron
May 28, 2014
Ralph's beloved Wildwood will be just a little bit quieter now---but not in a good way. All your neighbors will miss you and your passionate voice in support of this glorious spot along the Lake.
John Immel
May 28, 2014
Jo,

Barbara and I were abroad and the news caught up with us today. We are both terribly saddened to hear the news and will call.

Our very best to you and the two children. Lots of fun memories and laughs.

Joe and Barbara O'D.
May 28, 2014
What a dear funny man whom I had the pleasure of working with at JWT. Hoping he is singing the NU fight song with my dear husband Lou somewhere up there, they were classmates. Godspeed, Ralph.
Cathy Beres
May 27, 2014
I had the pleasure of knowing Ralph through ESC and serving with him on its Board. He was a true "Man for All Seasons" and will be sorely missed by all who had the pleasure of knowing him.
Butch Pfaelzer
May 27, 2014
A legend in his own time. I loved him dearly.
Peggy Pilas
Peggy Pilas Wood
May 27, 2014
Very early in my career, I had the pleasure of working with Ralph and several of his creative team when they provided pro bono consulting for the Newberry Library. I learned a great deal from him about how to present to a group and I remember his infectious enthusiasm for everything. He will be missed by many. MaryPat Mauro
MaryPat Mauro
May 27, 2014
Erik, I rember your dad well. He will be missed
malcolm youngrten
May 27, 2014
My love and prayers for peace in these difficult days, weeks and months go out to the Rydholm family.
May 27, 2014
Sending love to all of the Rydholms. Ralph always had a great story, but he also loved to ask questions and learn about people. He was funny, warm, generous, brilliant, and is tremendously missed.
Whitney Oppenheimer
May 27, 2014
A creative who understood media--what a rare pleasure.I was fortunate to have that relationship at three different agencies.
I'll miss his chuckle and wit. My condolences. Phil Gerber
May 27, 2014
We both could remember the infield for 1945 Chicago Cubs but sometimes could not remember what we had for breakfast! Ralph was one of the brightest people I have ever known and once in a while he let you know that!!!
John Schram
May 27, 2014
Your Wildwood neighbors will miss you, Ralph. Vila i frid (på svenska)
May 27, 2014
What a wonderful man. Full of life. Always smiling and laughing. He was my favorite boss of all time.
Ralph will be truly missed by all who knew and loved him.
May our Lord give you comfort and peace.
Cheryl Blockus
May 27, 2014
I never met this man, but I wish I did. He sounds like a hoot...
Noreen Collins
May 27, 2014
Showing 1 - 41 of 41 results