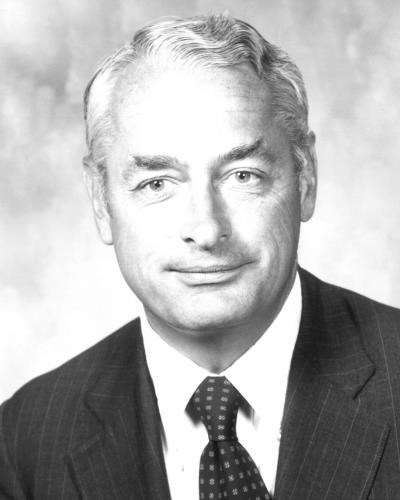 Ralph was born and raised in Toledo, Ohio, to Sigrid Wydell Winters and Ralph M. Winters, Sr. In 1946, after graduating high school in New York, where his parents had moved before his senior year, Ralph enlisted in the U.S. Army. He served in Japan during the Allied Occupation, about which he always said, "Not a shot was fired, which is a tribute to the Japanese people." He was assigned to, and soon was running, a vehicle depot where his duties included servicing a fleet of Jeeps, including the pink Jeep of the Commander's wife. Eighteen months later, Ralph was honorably discharged as a Sergeant and received the World War II Victory Medal. With the help of the GI bill, which he credited for his future success, he attended Stevens Institute of Technology for one year before transferring to Duke University, where he graduated with a degree in engineering in 1952.

Soon after starting his first job, Ralph was stricken with polio, but after several months in bed, he made a full recovery. His life-long ability to persevere through difficult times no doubt aided his convalescence.

Ralph had a successful career as a chemical company executive, work which took him to Europe and Asia several times a year and always seemed to involve "customer golf." Most of his career was spent with Standard Oil Company of Indiana (Amoco, now BP), which at the time was a Fortune 100 company. In the early 1980s, he had a stint as the head of Amoco's European chemical company, based in Geneva. For many years, he was a Vice President of Marketing for Amoco Chemicals Corporation. He also was a board member of the American Society of Plastics Industries.

Ralph was an avid skier and golfer. Although he gave up skiing when he retired at the age of 58, he continued to play golf until he was 92. In retirement, he devoted much time to water color painting, and his homes in Sarasota, Florida, and Lake Forest, Illinois, were adorned with "Ralph Winters" originals. He was a friendly man with a ready smile and a consummate gentleman. Ralph quietly helped more than a few young people land good first jobs, and he was respected as a loyal friend to work colleagues.

Following a private interment, a memorial service will be held December 17 at 11:00 a.m. at the First Presbyterian Church of Lake Forest, Illinois, where Ralph was a member since 1969 and served a term on the Board of Deacons. A luncheon will follow at The Knollwood Club in Lake Forest. Donations in Ralph's name may be made to the church. Info: Wenban Funeral Home, Lake Forest (847) 234-0022 or www.wenbanfh.com