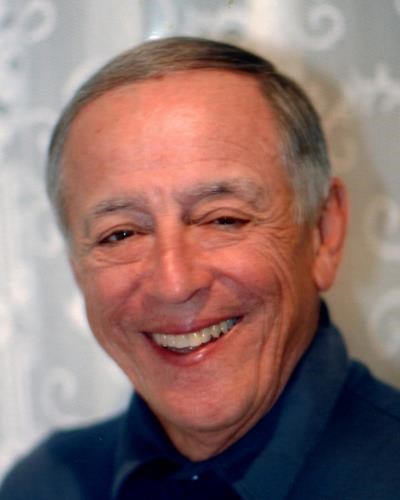 After graduating from Lake Forest College, Geraci joined the Chicago Cardinals Football Club in 1951 as Public Relations Director, until the team moved to St. Louis in 1961. When the Cardinals played out of Comiskey Park, Ray is credited with creating the first NFL play by play sheets for the visiting press. He worked with the Cardinals when the NFL had only 12 teams and didn't have the benefit of the television revenues it has today. He did the research on players and provided player evaluations in preparation for the draft. Without the technology available today, including internet access to videos and live games, evaluations were made by traveling the country and working long nights to compile the notes and grade players accordingly. He had a lifelong friendship with Stormy Bidwill who assumed the Presidency of the Chicago Cardinals in 1963. According to Bidwill, Ray was known for his work ethic, creativity, and skill set, but he was admired as a caring, thoughtful man and a great friend. He rejoined the Cardinals Football organization in 1966 as part of the broadcasting team with Jay Randolph on KMOX, the CBS affiliate in St. Louis. He became the voice of the Cardinals in 1968. For the next four years, CBS radio used him extensively to broadcast end of season play-off games. He reached the pinnacle of radio sports broadcasting as the play by play announcer for Super Bowl VI in New Orleans in 1972. He served as the Advertising and Public Relations Director of Anixter Brothers, Inc., from 1975 to 1997. A popular figure, he was elected Commissioner of the Highland Park Park's Board, and then to City Council and won election as Mayor (twice). He originated YEA, a Highland Park non-profit benefiting youth, education and arts. He presided over the acquisition of Fort Sheridan from the Department of Defense and oversaw development of the base. In lieu of flowers, contributions are gratefully appreciated to Immaculate Conception Highland Park, and/or Big Shoulders Chicago or the charity of your choice. Funeral arrangements pending, (Kelley & Spalding Funeral Home in Highland Park).

Published by Chicago Tribune from May 10 to May 14, 2020.
To plant trees in memory, please visit the Sympathy Store.
MEMORIAL EVENTS
Funeral
Service details to be determined.
Funeral services provided by:
Kelley & Spalding Funeral Home & Crematory
MAKE A DONATION
Please consider a donation as requested by the family.
MEMORIES & CONDOLENCES
4 Entries
Marc and Sally, my sincere sympathy to you and your family for your loss. I recall Marc sharing stories about Mr Geraci's service as Highland Park's mayor throughout our days at Arris. I wanted you to know that I'm thinking of you. My prayers are with you, Debbie Marry
Debbie Marry
Coworker
May 19, 2020
Thinking of the family and wishing them comfort and peace
Patrick
May 11, 2020
Have known Ray many years. What a character one Halloween party he dressed up as a chicken and we did the chicken dance all night long. What a true gentleman he will be missed by many. Thinking of you Ann during this time.
Anne Crouch
Friend
May 9, 2020
Ray has always pat of my life in Highland Park. The creation of the Historical Society together, Mayor and CIty Council member for many years, friend to my boys as they grew up and became part of the community and always a friend with a smile. Hard to think of you as gone. Love to tou, Ann.
Leah Axelrod
Friend
May 7, 2020
Showing 1 - 4 of 4 results