RICHARD STANWOOD
RIchard "Dick" Standwood, advertising leader inspired leadership in others. Dick Stanwood never had shelves of advertising awards in his office. To him, it was more important for those in his charge to succeed. As a creative leader during the 70's and 80's at the Leo Burnett Advertising Co. in Chicago, IL. Stanwood never competed against his own employees. Instead,he created competitors. A great number of his proteges became major successes in the industry. Retired Chief Executive Officer Hall Adams says "Dick Stanwood was not only an outstanding creative person and leader, he was an exceptionally talented and entertaining presenter of the work." Dick Stanwood had a style that set him apart. At 6 foot 2inches and a Kennedy-esque accent, he was an imposing figure to agency people and clients alike.Renowned for his witty, yet dead-on accurate critiques in Burnette's Creative Review sessions, he had a way of keeping the creative stars humble and the newcomers inspired. Born March 26,1927 in Needham, MA., he graduated from Dartmouth college in 1949 .Dick Stanwood came to Leo Burnett in 1963 from Young and Rubicam in New York. In 1969 he was elevated to Executive Creative Director.In 1970 he was named to the Board of Directors and in 1982 he became President, Chief Creative Officer,Leo Burnett Company USA, a title he held until his retirement in 1985. Many of Burnett's success stories on United Air Lines, McDonalds Phillip Morris and others were created under his guidance. Richard Stanwood passed away on Sept. 12, in Palo Alto CA of a lingering illness. He is survived by his wife Nancy; daughter Joann; sons Peter and Carson; several grandchildren; and a new great-granddaughter.
To plant trees in memory, please visit our Sympathy Store.
Published by Chicago Tribune on Sep. 16, 2010.
MEMORIAL EVENTS
No memorial events are currently scheduled.
To offer your sympathy during this difficult time, you can now have memorial trees planted in a National Forest in memory of your loved one.
GUEST BOOK
17 Entries
DICK WAS MY MASTER AND MENTOR AT LEO BURNETT. WHEN I FIRST CAME TO THE AGENCY I SPECIFICALLY
REQUESTED BEING IN THE DICK STANWOOD GROUP THE MOST TALENTED AND COMPETITIVE IN THE AGENCY.
THAT WAS IN 1968 WHEN I WAS ASSIGNED TO UNITED AIRLINES. I'VE OFTEN SAID THAT I GREW UP AT LEO BURNETT
EVENTUALLY BECOMING CREATIVE DIRECTOR ON THE ACCOUNT MUCH ATTRIBUTED TO THE SUPPORT AND GUIDANCE
OF DICK STANWOOD WHO ALLOWED ME TO THRIVE. HE WAS A UNIQUE INDIVIDUAL, A FRIEND AS WELL. I HAVE
MANY FOND MEMORIES OF OUR ASSOCIATION, HE WAS A TREMENDOUS INFLUENCE AND SORELY MISSED. JOHN.
JOHN WAGNER
Coworker
September 10, 2020
I worked briefly for Dick as a copywriter at Leo Burnett. He will always be my model for the perfect creative director: cajoling, kidding, laughing, but always motivating. One of my proudest professional moments was when I presented an ad to Dick at a Creative Review session and he laughed so much he cried. Don Draper is marvelous, but Dick Standwood was the real deal. God bless him.
April 7, 2011
"He was one of the most intelligent people I ever met, I am honored to have known him."Allen Zeleski AD
Allen Zeleski
October 16, 2010
As an ex-daughter in law, I have only the most wonderful memories of Dick Stanwood. He was gracious to me always and hilarious and warm. I will always remember those Christmas poems! How we laughed! I loved him with all my heart and I will miss him. I wish Nancy all the very best in this difficult time. Love, Katherine
Katherine Stanwood
October 2, 2010
It was a pleasure to have known Mr. Stanwood during my years at Burnett. I would, on occasion, fill in for his secretary, and found him to be one of the truly classy men at the agency. My deepest sympathies to his family.
Linda Johns
September 30, 2010
My grandfather was larger than life. He was and will continue to be my greatest influence. I have yet to meet anyone as supportive and selfless to others, as he was. I ask those to remember him for his smile, humor, and kind heart. Rest in peace Grampy, you will be forever in our hearts.
Peter Hardy
September 23, 2010 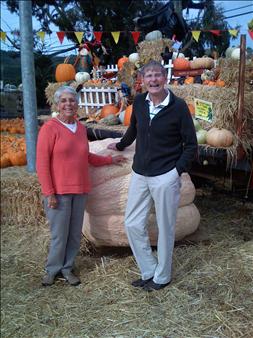 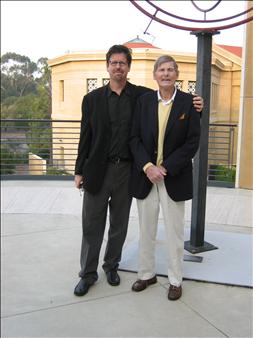 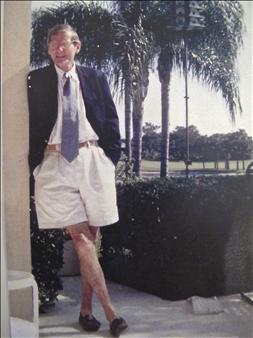 Candace Loheed
September 22, 2010
My deepest sympathy. It was truly an honor to have been secretary to RAS for several years. He will remain in my memory forever.
Charlene Borghese
September 19, 2010
The best person I ever worked for.
John Klinger
John Klinger
September 19, 2010
coolest guy in advertising.
Bruce Bendinger
September 18, 2010
Dick was a very creative, classy, intelligent, wonderful person. He inspired many, leading with dignity and grace. He demonstrated values and respectful professionalism. And, he had a great smile, and laughed easily. My God Bless him and the family he leaves behind- always.
Carla Michelotti
September 17, 2010
Our decision to merge Lürzer,Conrad with Leo Burnett was based the so special people like Dick. Such decisions don't come easy. They are life-changing, tough. Walter and I loved his dry wit and felt quickly at home. Danke Dick for wanting us as partners. My life with Leo Burnett has been wunderbar.
Michael Conrad
September 17, 2010
Dick was a tall, elegant, witty man. He moved easily amongst talented creative people and put them at ease. He had an appreciation of their work which he improved through an incisive. positive intelligence. He was a civilizing influence. Unusually for people in our business, he seemed without fear or envy. He graced the place.
Gerry Miller
September 16, 2010
Dick was a great influence on a rough around the edges young art director. He taught me a great deal and, sadly, never knew it. Peace be with you Dick.
Bill Hamilton
September 16, 2010
Dick was simultaneously charismatic and revered yet down to earth. He had been responsible for the witty Piels beer advertising in New York before coming to Burnett, back then a veritable fortress of folksie midwest spokesmen like Charlie the Tuna and Snap,Crackle, Pop.. Dick single-handedly paved the way for edgier ads to be produced. It provided the creative muscle to compete with "hot shops" on the east coast and was essential to maintaining Burnett's dominance in the ad world. I was honored to work with him on Gene McCarthy's presidential campaign in 1972. Ironically, only 8 years earlier a copywriter from Burnett had written Barry Goldwater's famous slogan, "In your heart you know he'e right." While the agency itself was officially neutral several of its staff were influential in writing new chapters for the nation's political consciousness. Dick was one of them. He impressed so many of us so much in so many ways it's safe to say his like can never be replaced. I'll miss him. Dickie Harris, "69-'79.
September 16, 2010