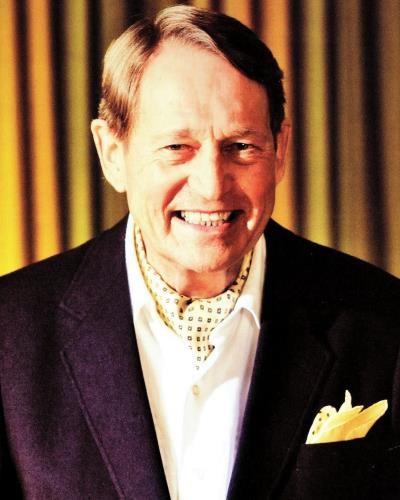 After high school, Bob attended the University of Illinois to study architecture, but his college studies were put on hold while he served in the U.S. Army during the Korean War from 1952-1953. After his service, he returned to campus to continue his studies, but left for an apprenticeship at Taliesin in 1957 under the direction of Frank Lloyd Wright. Upon completion, he settled in Lake Forest, IL where he built a house of his own design, raised a family, and worked as an architect in the Chicagoland area. Design, landscaping, and woodworking, along with the occasional round of golf, were passions enjoyed throughout life.

Bob is the loving father of R. Ragnar (Megan) Rasmussen of Houston, TX and Kurt Eric Rasmussen of Hainesville, IL; he was the cherished grandfather to Tyler, Tracey and Philip Rasmussen. He was also a loving companion to Karen Frink of Mount Prospect, IL. He was preceded in death by his loving wife June (2007); his daughter in-law Katie; his parents; and his brother Harvey.

A celebration of Bob's life will be held on June 18, 2021 at 2 P.M. Lake Forest Cemetery, followed by a reception. He will be laid to rest next to his loving wife at Lake Forest Cemetery. Memorial contributions may be sent to the Frank Lloyd Wright Foundation to inspire people to discover and embrace an architecture for better living through meaningful connections to nature, the arts, and each other; 12621 N. Frank Lloyd Wright Blvd., Scottsdale, AZ 85259 in loving memory of Bob. Info: Wenban Funeral Home, Lake Forest (847) 234-0022 or www.wenbanfh.com

To plant trees in memory, please visit our Sympathy Store.
Published by Chicago Tribune from Jun. 6 to Jun. 10, 2021.
MEMORIAL EVENTS
Jun
18
Celebration of Life
2:00p.m.
Lake Forest Cemetery
Funeral services provided by:
Wenban Funeral Home, Ltd.
MAKE A DONATION
MEMORIES & CONDOLENCES
2 Entries
Many thoughts and prayers for the family
Rob
June 10, 2021
I am sorry to read about the passing of Bob. I worked for Jim Harper in the Continental Bank Real Estate department and Bob was an inspecting architect for many of my deals. I learned something new every time I went on a site visit with him and he was instrumental in adding to my real estate lending career. He was a joy to be with every time. He will be missed by many. My thoughts and prayers are with you at this difficult time.
Barbara Hall
Work
June 6, 2021