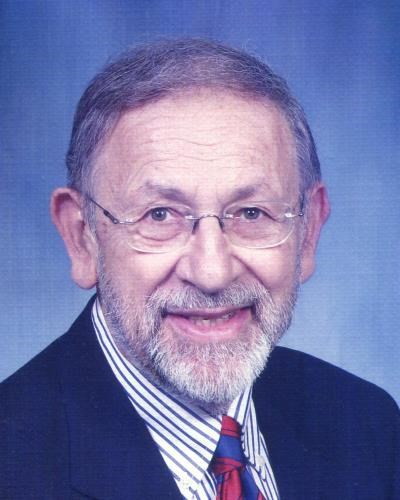 BORN
July 20, 1926
DIED
March 30, 2021
FUNERAL HOME
Hultgren Funeral Home and Cremation Services
304 N. Main St.
Wheaton, IL 60187
Born July 20, 1926 in Newark, New Jersey, Robert Warburton, a resident of Wheaton for 63 years, passed away on March 30. He is survived by his second wife of 15 years, Mary Sheesley Warubrton. He was preceded in death by his first wife of nearly 52 years Wilma, his parents, Phoebe Hoops Warburton and Edmund Warburton, and sister Alice Hooker (Paul, also deceased). Robert was a college professor at USC, Wheaton College, Illinois Institute of Technology, and College of DuPage, where he also served as Provost.

Robert knew firsthand the glories and traumas of WWII, serving as a Navy radioman along China's coasts. Inspired by the resilience of the Chinese, he returned to this nation three times in his later years to teach English. Robert returned home from the war to earn both a B.A. and M.A. in Literature at the University of Michigan. After completing a theological degree at Fuller Seminary in Pasadena, California, he accepted a teaching post at Wheaton College. Awarded the prestigious Danforth Fellowship, he pursued his PhD studies at The University of Chicago, writing his dissertation under Wayne Booth on the literatures of fantastical realism. Teaching literature of the 19th and 20th Centuries to college students over many years gradually gave way to a specialized scholarship in the wilderness landscapes and minimalist prose of Hemingway as well as other short story authors. For several years, Robert was an active scholar at the Ernest Hemingway Foundation in Oak Park, Illinois. The waiting lists to enroll in his courses on short story, film, and poetry at Wyndemere became legendary. Several of Robert's stories and poems are published in a volume, Walking on Water (2016).

In addition to teaching and writing, Robert delighted in gardening, painting, and community theater. His lifelong love for travel, took him not only to China, but also to Brazil, several Canadian provinces, the U.S. west, northeast, and western and northern Michigan. He and Wilma journeyed to England and France, while he and Mary adventured in Sweden and Kenya. Robert was a man of deep faith, serving in several leadership roles in Immanuel Presbyterian Church in Warrenville.

A family service will be held in early May, while a larger funeral is planned for late summer, followed by a private burial in Hart, Michigan. For updates, please refer to the website of Hultgren Funeral Home: hultgrenfh.com.

In lieu of flowers, memorial gifts may be directed to Immanuel Presbyterian Church (immanuelpresbyterian.net); Intervarsity (donate.intervarsity.org); and The Nature Conservancy (support.nature.org).

To plant trees in memory, please visit our Sympathy Store.
Published by Chicago Tribune on Apr. 25, 2021.
MEMORIAL EVENTS
No memorial events are currently scheduled.
To offer your sympathy during this difficult time, you can now have memorial trees planted in a National Forest in memory of your loved one.
Funeral services provided by:
Hultgren Funeral Home and Cremation Services
MAKE A DONATION
MEMORIES & CONDOLENCES
4 Entries
Offering our deepest condolences during this difficult time.
The Hultgren Family and Staff
May 9, 2021
Robert was a great friend and colleague at College of DuPage. He was a man of great knowledge and wisdom. He was a guide to me as I pursued graduate school at NIU and later shared his knowledge and love of the Christian faith with me as I studied for the diaconate in the Episcopal Church. Bob's quiet ways and concern for others were admired by so many of us. I will miss him.
DAVID BAUGHMAN
Friend
April 14, 2021
A gentle man and gentleman, Bob was my treasured older colleague at College of DuPage where his wisdom, kindness and scholarship enriched my early years of teaching, like Chaucer’s fabled character: gladly would he teach and gladly learn. He lived a long and rich life, and I was proud to know him.
Freyda Libman
Coworker
April 13, 2021
Lovely person. I've known Bob since he hired me in 1970. I cherish our times together. He was a warm friend and a man of true integrity. Our love to the family.
allan carter
Friend
April 13, 2021