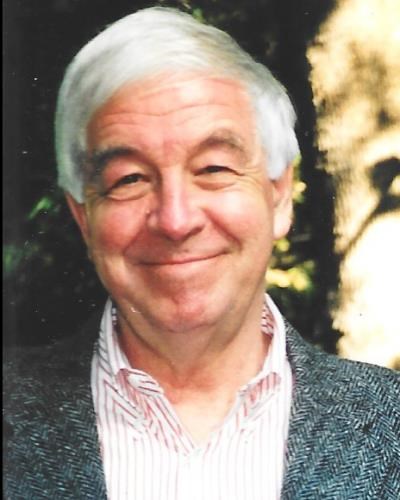 BORN
1928
DIED
2017
Roger W. Carlson, 89, of Deerfield, died of congestive heart failure Aug. 1, 2017. Roger was born May 27, 1928, in Minnesota and grew up in Edina. He served in the Army (1946-48) and also attended the University of Minnesota. For many years, Roger worked in advertising sales (Fortune, National Geographic and Parade). In 1979, Roger opened Bookman's Alley in a warehouse off Sherman Avenue in Evanston. Roger built the shop into a sprawling complex filled with books, antiques and artwork. Health issues prompted Roger to close the shop in 2013. Roger is survived by his wife Deborah, children Jeffrey (Marcia) Carlson, Ann (Clifford) Miller, Leslie Carlson-Magee, Susan and Gregory Carlson; grandchildren Kyle McAfee, Dillon (Ashley) McAfee, Lee (Andrew) Rizzo, Clinton, Kevin and Jay Magee, Michael and Katherine Carlson, Drew and Woody Miller; and great-grandchildren Zeyda, Frances and Charlotte. In lieu of flowers, donations to St. Jude Children's Research Hospital are appreciated.
Published by Chicago Tribune from Aug. 4 to Aug. 10, 2017.
To plant trees in memory, please visit our Sympathy Store.
MEMORIAL EVENTS
To offer your sympathy during this difficult time, you can now have memorial trees planted in a National Forest in memory of your loved one.
MAKE A DONATION
Please consider a donation as requested by the family.
MEMORIES & CONDOLENCES
19 Entries
Roger was one of the noblest people I ever met. Let him rest in peace. Alex Rivlin, bibliophile and bookbinder.
Alexander Rivlin
February 22, 2020
So sorry to hear of your loss, Aunt Deb and my cousins who I (sadly) never see.
Uncle Roger always seemed like a great guy, the few times I got to see him.
Carlene Hanson Schott
Family
September 1, 2017
I recall the first of many times that I visited Bookman's Alley. I loaded up with more books than I had expected to buy, and, of course, I didn't have enough cash or my checkbook with me. Roger just told me to send him a check. I protested: you don't even know me. It didn't matter. Roger was truly a first-class person. It was a delight to visit with him. I regret I didn't do so more often.
Bob Krakowsky
Acquaintance
August 15, 2017
I loved to shop in Bookman's Alley and had many pleasant exchanges with Mr. Carlson. He was never without a good book recommendation and a kind word. My condolences to his family and friends on the loss of this fine man.
Anne Kelly
August 13, 2017
I'll miss Roger, and the notice of his passing brought back many memories of my innumerable visits to his B.A., going back to 1981 when I was a graduate student at NU, and many visits thereafter. The many people to whom I referred him to purchase their books, the idiosyncratic and delightful decorative touches appropriate to each subject section of the cavernous store, his pleasant demeanor not attuned to mindless chit-chat, all that and more are fondly remembered.
Frederick Dose
August 11, 2017
My deepest sympathy to Mr. Carlson's family. I didn't know him personally, but I visited Bookman's Alley a few times. There is only one word for that store - Magic. There will never be another store like that and it is Roger Carlson who made it so special. I still remember my awe the first time I visited. It looked like this little shop, but it wasn't. It went on forever. As will my memory of Bookman's Alley and it's kind, gentle owner.
Nancy Visocki
August 10, 2017
Very sorry to hear about Roger's passing. He was a great man - friendly, knowledgeable, keen sense of humor, a fine bookman, a gentleman. One of a kind. A classy person. I knew him for about 30 years and will miss him sorely. I know his last few years were very difficult for him and for his family due to the many physical challenges he faced. Loved his shop. Everyone did. What a charming place he created with his own special personality. Always looked forward to going to his shop and visiting him when I was in Chicago. My sincere condolences to his family as you deal with his loss.

Hank Zuchowski
Friend
August 9, 2017
Charming, witty, smart, generous and about the nicest guy you would ever want to meet.
David Sullivan
Friend
August 9, 2017
Dear family of Roger,
My condolences to the family. This is a difficult time, but there is someone that you can throw your anxieties on. At 1 Peter 5:6,7 God wants us to pray to him and let him know our distress because he cares for us. Best wishes.
Abby
August 8, 2017
My condolences. My mom, Mary Ellen Buell, spent many happy hours at Bookman's Alley and spoke of Roger often. She passed away last November but I know she would want me to say how fond she was of Roger.
Sally Sheinberg
August 8, 2017
Always enjoyed my conversations with Roger in his bookstore...a gentle, kind man.
Herb Metzler
August 8, 2017
How many times did Roger suggest a book or tell me that I could just "mail him a check" when I selected more books than I could afford. A great proponent of writing and literature. I am forever indebted.
Gregory SALUSTRO
August 7, 2017
Roger Carlson - heart, soul, and proprietor of Bookman's Alley; friend, mentor, and guiding star to all who love books - you are sorely lamented. God rest you!
Gretchen
August 7, 2017
Thinking of you all, as death seems to bring a flood of memories.The picture you chose is exactly as I remember Mr. Carlson, with gentle eyes and a warm smile. I remember popping into your house to see Ann, and going into the family room to say "Hi" to Mr. Carlson. He would be sitting comfortably in his reading chair with a book or newspaper in hand. Those were the days long before Bookman's Alley, when all the books, artifacts and treasures were what made the Carlson living room so very special. Add in a little Trini Lopez playing in the background and you have the full picture. Your father/husband was a dear man. I am hoping that he and my dad are now together sharing memories of all of us, and of their personal outdoor adventures. Hugs to you all.
Teri Rathslag-Frigo
August 7, 2017
My condolences to the entire Carlson family. My memories of your family and Mr. Carlson when my family lived in Deerfield always warranted the utmost respect. Mr. Carlson was a class act.

My thoughts are with all of you. 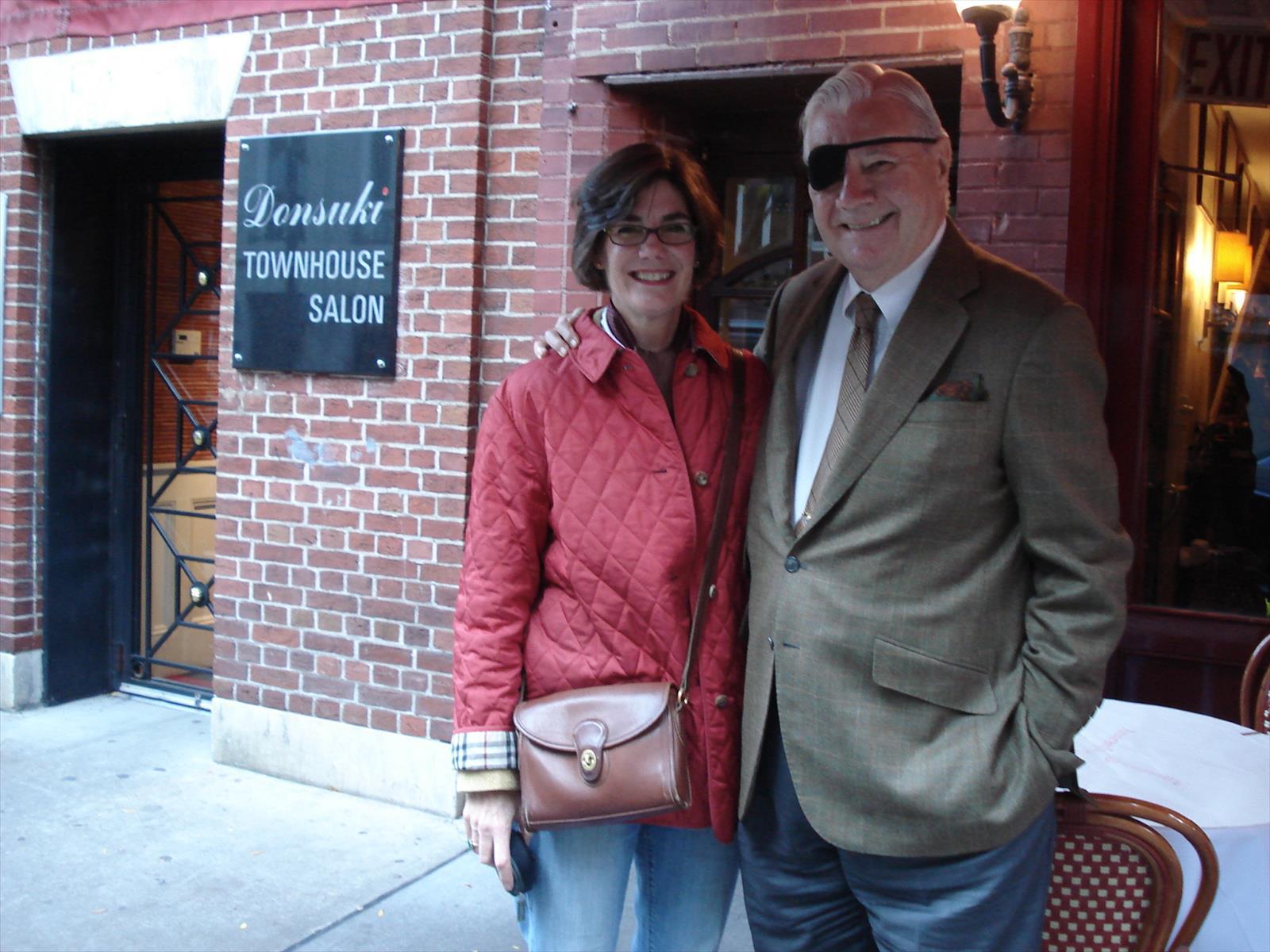 To the Carlson family, this is a very long-lost friend from Evanston days (Jeffrey, you and I used to play together all the time). I loved your dad, your family, and Bookman's Alley. Our dad passed away this year, too, and it's a sad thing to think these guys with their stories and their laughs and their big personalities are gone. Please know I'm sending my love to you all.
Beth Whittingham Goehring
Beth Whittingham Goehring
August 4, 2017
On Behalf of the Ninth District Cook County American Legion.
Please accept our condolences over the loss of your veteran service member.
Our prayers go with you at this time of grief.

Respectfully,
Reverend Paul Laws
Ninth District American Legion
Adjutant
August 4, 2017
Dear Deborah we are so saddened to hear of the loss of dear Roger and offer our deepest condolences to the family. May the God of all comfort be with you during this difficult time. Exodus 6:3
David and Althea
August 4, 2017
Roger's passing actually brought tears to my eyes. As a bookman, he was both a colleague and an affable friend -- even when complaining. His shop was a refuge, with more than just book titles to greet the eye and imagination. I miss his graciousness and his knowledge. Though I entered the business eight years prior to Roger, we grew up together in our shared industry. He is the epitome of what it is to be a bibliopole (look it up). May his memory be for a blessing -- it certainly is for me.
Daniel Weinberg
August 4, 2017
Showing 1 - 19 of 19 results