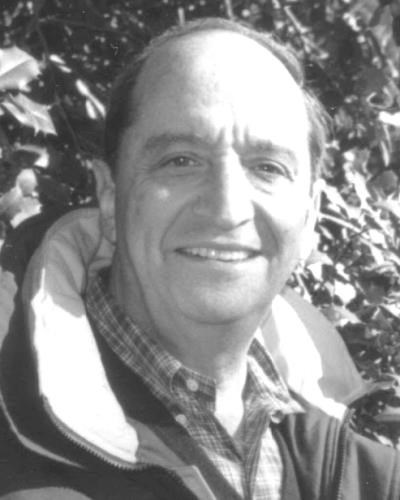 He will be remembered for his love of family, lifelong passion for business, kind and generous spirit, quick wit, and unassuming manner.

Roger was born February 16, 1935 to the late Anita and Marvin Stone in Chicago, Illinois. In 1955, he married his college sweetheart, Susan Kesert, and together they raised their three daughters in the Chicago area. Roger attended the University of Chicago Lab School, Lake Forest Academy, and earned a B.S. in Economics from the Wharton School, University of Pennsylvania in 1957.

While in college, Roger's entrepreneurial spirit took root. He managed the concessions at his fraternity and created an innovative business by converting stamp machines into ballpoint pen vending machines. Building businesses became his avocation, and throughout his life he enjoyed nurturing others by providing professional advice and investing in small companies in need of growth capital.

Roger began his career as a box salesman at Stone Container Corporation, a company founded by his grandfather, father, and uncles, and worked his way up to Chief Executive Officer to become an international leader in the paper industry. As CEO, he transformed Stone Container into "the world's largest producer and converter of brown paper-unbleached containerboard, kraft paper, bags and corrugated boxes" with over 30,000 employees and $6 Billion in revenue. (New York Times)

Roger retired from Stone Container in 1999 following the merger of the company and Jefferson Smurfit in 1998. At an age when most business leaders would have retired, Roger went on to build two additional paper companies, BoxUSA and KapStone Paper and Packaging Corporation with his son-in-law and business partner of 40 years, Matthew Kaplan. Together, Roger and Matt built KapStone into the fifth largest producer of containerboard and the largest producer of kraft paper in North America over the next decade.

Throughout his professional life, Roger worked to make the paper industry stronger and more successful. He touched many people as a team builder, mentor, and inspirational leader in his modest and understated way. He considered himself lucky and was quick to credit others for each company's successes. The Chicago Tribune described Roger as a "savvy workaholic" who worked for business and pleasure. In his signature plaid shirt, khakis, penny loafers and a plastic watch, Roger possessed a "hands-on attitude… not ashamed of getting into the trenches to help his personnel."

Roger believed in the American Dream and worked to help preserve America as the land of opportunity. He and his wife, Susan, have dedicated their philanthropy to "help people to help themselves" by providing economic and educational opportunities for all, often anonymously.

Roger was honored with numerous industry achievement awards and recognitions as a business leader, including RISI's "Top 50 Power List" and its first Lifetime Achievement Award, Paper Age Magazine's Executive Papermaker of the Year, and TAPPI PIMA Man of the Year. He was recognized six times by Wall Street Transcript as Top Chief Executive Officer and Chief Executive Officer of the Year, Forest and Paper Specialty Products Industry by Finance World Magazine. The New York Times described Roger as "a dynamo who will go down as one of the most astute managers that the industry has ever known."

While he will be remembered as an iconic figure in the paper industry and the business world, Roger maintained that his greatest achievement was the family he raised with his wife, Susan. He truly enjoyed the simple things in life and his favorite pastime was indulging in quiet moments at home with his loved ones who will remember him for his kind and gentle spirit, generosity, distinctive laugh, and the occasional pun. He loved singing favorites from the American Songbook, hot dogs, Tab, Oreo cookies and the White Sox.

An eternal optimist, Roger was often quoted as saying, "The best is yet to come." He was good natured and always hopeful about the future. Despite serious health setbacks and challenges in his final years, he faced them with grace and humility.

Roger is survived by his wife of 65 years, Susan; his children, Karen and Matthew Kaplan, Lauren Stone, and Jennifer Stone; his grandchildren, Allison, Alex, Doug, Lindsay and Daisy; his great-grandchildren, Haley, Charlie and Ryan; and his sisters-in-law, Patricia Stone and Joyce Hicks and their families. He was predeceased by his brother, Avery.

In lieu of flowers, the family would be grateful for donations in memory of Roger to a charity of your choice.

Published by Chicago Tribune on Sep. 19, 2021.
To plant trees in memory, please visit the Sympathy Store.
MEMORIAL EVENTS
To offer your sympathy during this difficult time, you can now have memorial trees planted in a National Forest in memory of your loved one.
Funeral services provided by:
Weinstein & Piser Funeral Home
MAKE A DONATION
Please consider a donation as requested by the family.
MEMORIES & CONDOLENCES
2 Entries
I had the pleasure of working for Roger at Stone Container for 10 years. He was a kind and modest man who always treated everyone with respect and dignity. I am sorry to see his passing - he did many great things in his life and I will always regard him with fondness as the kind of person you wanted to work for.
Donna Dreczko
Work
September 19, 2021
Roger will be missed. He was a great leader and mentor to me as well as a friend.
Wayne Kuhn
September 19, 2021
Showing 1 - 2 of 2 results