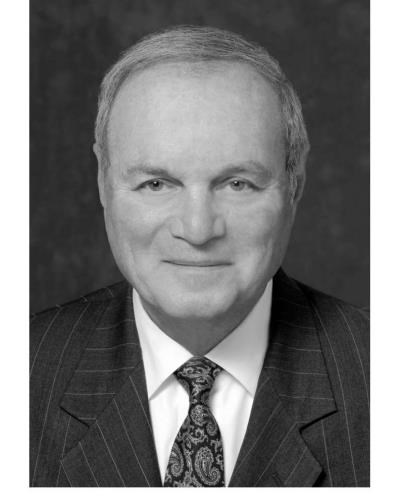 BORN
1931
DIED
2021
Ronald S. Miller, age 89, died, suddenly but peacefully, in Chicago on Sept. 11. He is survived by Patricia, his adored wife of 59 years, by their two daughters, Michelle (James) Keller and Lynn (Bill) Carr, and by his grandchildren Zachary, Matthew and Claire Keller and Evan and Maddox Carr. He was born in Chicago September 28, 1931, to Ruth and Manuel Miller and was preceded in death by his parents and his only brother, Ira Miller.

Ron grew up in Albany Park and received his undergraduate (1953) and law (1955) degrees from the University of Illinois. He served as a journalist in the Army from 1955 to 1957, stationed mostly in Germany, then began practicing law in 1957. In 1961, he joined the firm co-founded by future U.S. Supreme Court Justice Arthur Goldberg. His association with the firm, now known as Miller, Shakman, Levine and Feldman, continued for 60 years, most recently as a retired partner.

Ron's focus was on real estate and hotel law, but he prized his pro bono work, especially in civil rights law, where he became a much-honored leader locally and nationally. Ron represented protesters arrested at the 1968 Democratic National Convention, then took leadership positions in the Lawyers Committee for Civil Rights, the American Civil Liberties Union, the Isaac Ray Center, the Center for Disability and Elder Law and other organizations. For his work, he received many awards. The Chicago Lawyer Chapter of the American Constitution Society for Law and Policy named him a Legal Legend. He won the first Edwin A. Rothschild Award for Lifetime Achievement in Civil Rights from the Chicago Lawyers Committee for Civil Rights. The American Bar Association gave him its Pickering Pro Bono Award.

But he was most recently known for his Public Affairs Roundtable, which he began in retirement more than 25 years ago to bring notable speakers together with local leaders to discuss issues of the day. Speakers over the years included Barack Obama and other leading politicians, Nobel Prize winners, senators, journalists, architects and educators. A born connector, he had a vast circle of friends and loved bringing them together, preferably over lunch.

Ron and Pat travelled the globe but remained true Chicagoans, seeking the best in the city's cultural events, generously supporting arts and civic organizations with their attendance and philanthropy. Their apartment gave him a cherished view over Lincoln Park and the lake. For years he walked four miles to work, stopping in summer for a swim in the lake before donning his business suit and heading to the office.

One colleague summed him up as "a loyal and wonderful friend with a life-long commitment to civic engagement, an unflagging intellectual curiosity, and a compassion for the least fortunate among us."

Ron was always grateful for his good fortune, amazed that the boy from Albany Park lived such a rich life, and counted his blessings of the "three f's" – his family, his firm and his many friends.

There will be no funeral, but a memorial will be held later.

For those who wish, donations may be made in memory of Ron to the Chicago Lawyers' Committee for Civil Rights or the University of Illinois College of Law's Annual Fund specifically targeting the Public Interest Law Fund.

Published by Chicago Tribune from Sep. 14 to Sep. 15, 2021.
To plant trees in memory, please visit our Sympathy Store.
MEMORIAL EVENTS
To offer your sympathy during this difficult time, you can now have memorial trees planted in a National Forest in memory of your loved one.
MAKE A DONATION
MEMORIES & CONDOLENCES
1 Entry
Our condolences to the family. May Ronnie Rest In Peace. Cousins, Eileen MillerGirson & David Girson Gail Miller & Carol Miller Berkson
Eileen MillerGirson
Family
September 15, 2021
Showing 1 - 1 of 1 results