Ross was born on September 19, 1953 in Evanston, IL, and grew up in Lake Geneva, WI. He attended Loyola Academy and graduated from Williams Bay High School where he lettered in football. He also served on the water safety patrol. Ross traveled abroad and across the U.S., but Lake Geneva was always his home. He followed his father to the Chicago Board of Trade where he built a decades-long career as a corn futures trader and made many lifelong friends. Ross was known for his clever wit, extraordinary stories and for his love of exhilarating sports like windsurfing and skiing. Ross was naturally athletic. He was especially fond of sailing and iceboating. He later retired to his home in Lake Geneva, where he enjoyed time on the pier, the beauty of the lake, reading and sunsets.

Ross is survived by his father, Ross Prio, Jr.; his brothers John Prio and his daughter Hannah; Frank Prio and his son Andrew and daughter Skylar; his sister Lisa Curtis (Chuck) and the Curtis Children to whom he was lovingly known as "Unkie"; and his former spouse Sally Prio. His mother Frances Prio passed in 2018. He will be missed by many, Ross was lost too soon, a one and only, a real "live wire".

A private family internment has taken place. A Memorial is being planned for next September. In lieu of flowers, please consider donations to the William Guy Forbeck Research Foundation or the American Heart Association.

For more information visit www.ToyntonFuneralHome.com or call the funeral home at 262-275-2171

To plant trees in memory, please visit our Sympathy Store.
Published by Chicago Tribune on Oct. 18, 2020.
MEMORIAL EVENTS
No memorial events are currently scheduled.
To offer your sympathy during this difficult time, you can now have memorial trees planted in a National Forest in memory of your loved one.
Funeral services provided by:
Toynton Funeral Home
GUEST BOOK
9 Entries
I'm saddened to learn of this devastating loss today. My heart goes out to all of you. My clients Vicki & Chuck Ebeling bought their Appleton, Wisconsin home from him. Again I'm so sorry to hear of your loss.
Kim Lindahl
April 10, 2021
The McNally Family extends our deepest sympathy for the passing of Ross. We have fond memories of our time with him. God Bless Ross, may he Rest In Peace.
Sheila McNally
Friend
December 19, 2020
I worked on the CBOE with Ross. He had an incredible sense of humor & amazing insight into complex predicaments. An honest , frank and loyal friend. A truly unique person. He will be missed by many. May Ross Rest In Peace.
Dale Dobroth, friend
November 17, 2020
So many fun & fond memories of Ross, Kevin, John, Jim G. - growing up together on the lake was the BEST. You will be missed for sure. My condolences to the entire Prio family.
Holly (Hameister) Salisbury
Friend
October 28, 2020
Our deepest sympathy goes out to the family of Ross lll. Our families of been friends with the Prio's forever. God Bless. Tom, Ross and Bruce Neglia. Also my mother Leona(98)
Bruce Neglia
October 23, 2020
May your memories of the wonderful times you shared with your loved one comfort you and your family, today and always.
American Heart Association
October 22, 2020
We would like to offer our condolences to the Prio family with the passing of our friend and patient Ross. You are in our thoughts and prayers. Sincerely, Geneva Family Dentistry
Geneva Family Dentistry
Friend
October 19, 2020
Ross, will miss you tremendously. Our friendship goes back to when I met you as a teenager up at the Lake thru 30+years at CBOT together to being neighbors in LG the last 10 years. A lifelong friend. R.I.P. old friend.
J.J. McKerr (ND)
Friend
October 18, 2020 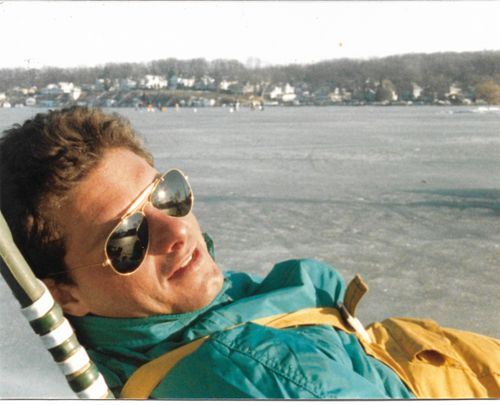