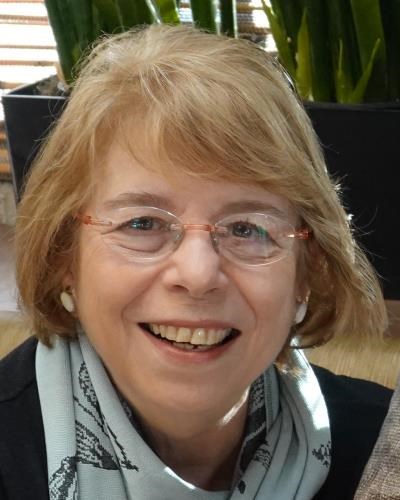 FUNERAL HOME
Weinstein & Piser Funeral Home
111 Skokie Blvd
Wilmette, IL
Judy Beck, nee Newberg, 77, passed away on June 25th, 2019; beloved wife of Thomas; loving mother of Carter (Susan) and Darren (Kristina); devoted grandmother of Oliver and Abigail; faithful sister of Celia (Stuart) Steingold, Larry (Mitra) Newberg, Stevie (Jacie) Newberg, and the late David (Marlyn) Weinstein; daughter of the late Sylvan (the late Rosalin) Newberg and the late Shirley (the late Saul) Weinstein, nee Rubin. Judy had a caring heart for the entire world. In addition to her family, Judy was committed to protecting the environment for the interests of all people; steadfast defender of Lake Michigan, wetlands, prairies, and all of God's green earth; tireless advocate for parks, open spaces, and women's rights. She served her village, her state, her region, and her nation. She received a BA degree in Biology from Old Dominion University. She worked professionally as a teacher and as Federal E.P.A. Lake Michigan Manager for 30 years. She tirelessly volunteered her time as a founding member of Save the Grove, as a member and officer of the Grove Heritage Association, as a councilperson for the Northern Illinois Planning Commission, as a past president of the Illinois Association of Park Districts, and as a local and state officer in the League of Women Voters. Upon retiring as the longest serving Board Member of the Glenview Park District, a park was named "Judy Beck Park" in her honor. A Memorial service will be held on July 26th at 1pm at The Grove, Redfield House, 1421 Milwaukee Rd, Glenview, IL. Donations only please to: The Grove Heritage Association, PO Box 484, Glenview, IL 60025. www.groveheritageassociation.org. For info: Weinstein & Piser Funeral Home 847-256-5700. 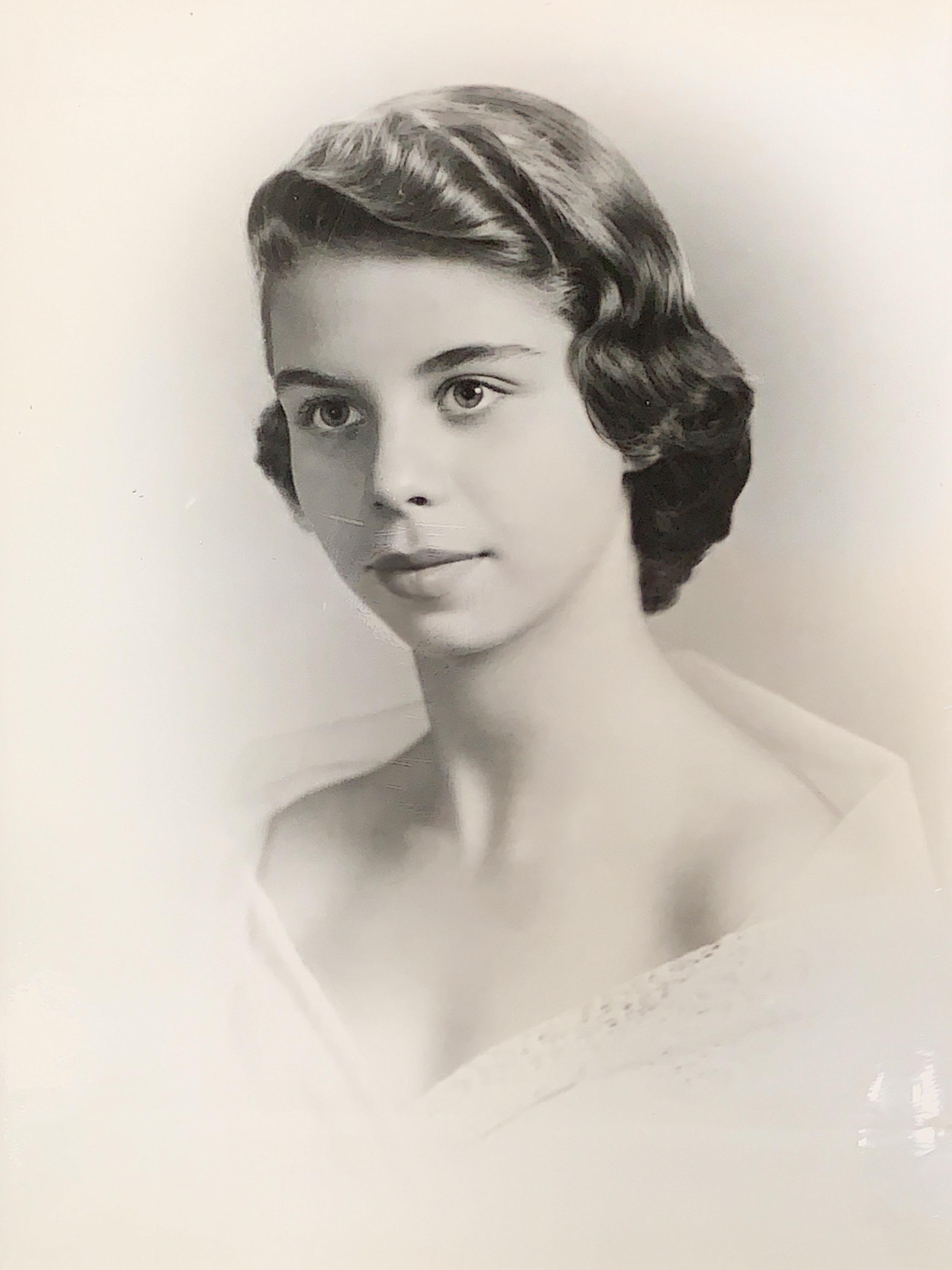 Darren Beck
August 13, 2019
I worked for Judy as a USEPA contractor for 10 years. She was a great person to work with. She became a friend and I whatever we di together never seemed like work. It was a calling and a pleasure. Her spirit and energy were contageous. I thought she was at least 10 years younger than she was - and I thought my guess was on the high side. I'll miss her a lot.
Jeffrey Edstrom
Coworker
August 7, 2019
Judy was a friend and colleague for many years at EPA. She was the most devoted and caring public servant I've ever known. I was very fortunate to know her.
Ted Smith
July 23, 2019
Ted Smith
July 23, 2019
Extending deep heartfelt sympathy to the Beck family. May God give you peace and strength to keep you going during your time of sorrow.
Romans 15:33
July 4, 2019
To Mrs Beck's family I pray you will have peace as the days go by. What a heart she had. May you be comforted that Abraham's heart for his heavenly Father will enable the families of the ground to be blessed. One such blessing will be an end to death. "and by means of you and by means of your offspring all the families of the ground will certainly be blessed." Genesis 8:14
Fran
July 3, 2019
May your family be comforted and strengthened by our Heavenly Father during this difficult time. 2 Thessalonians 2:16,17. My deepest condolences to the family.
July 2, 2019 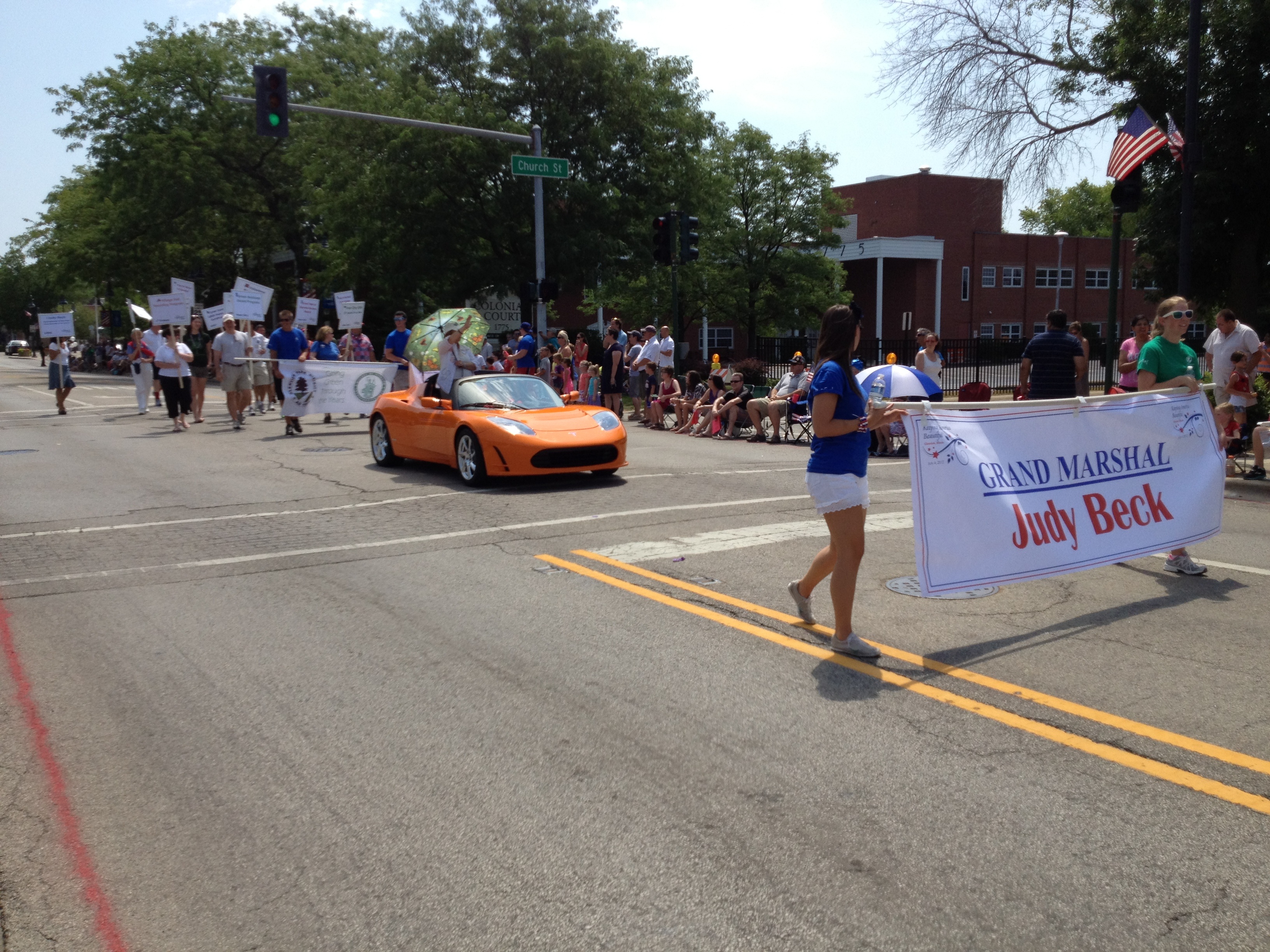 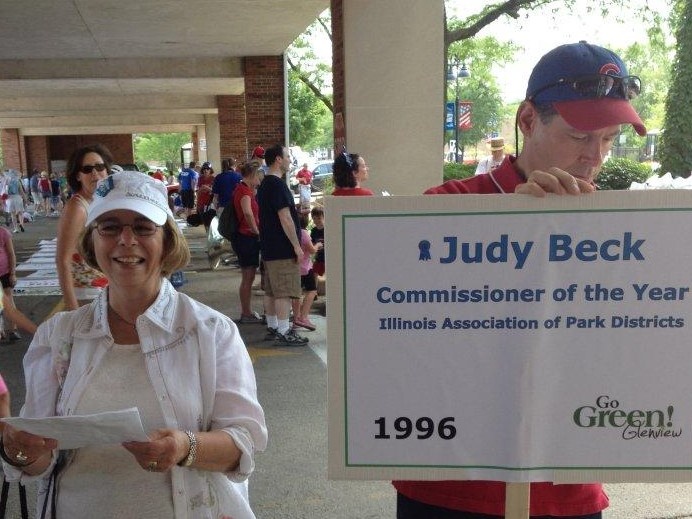 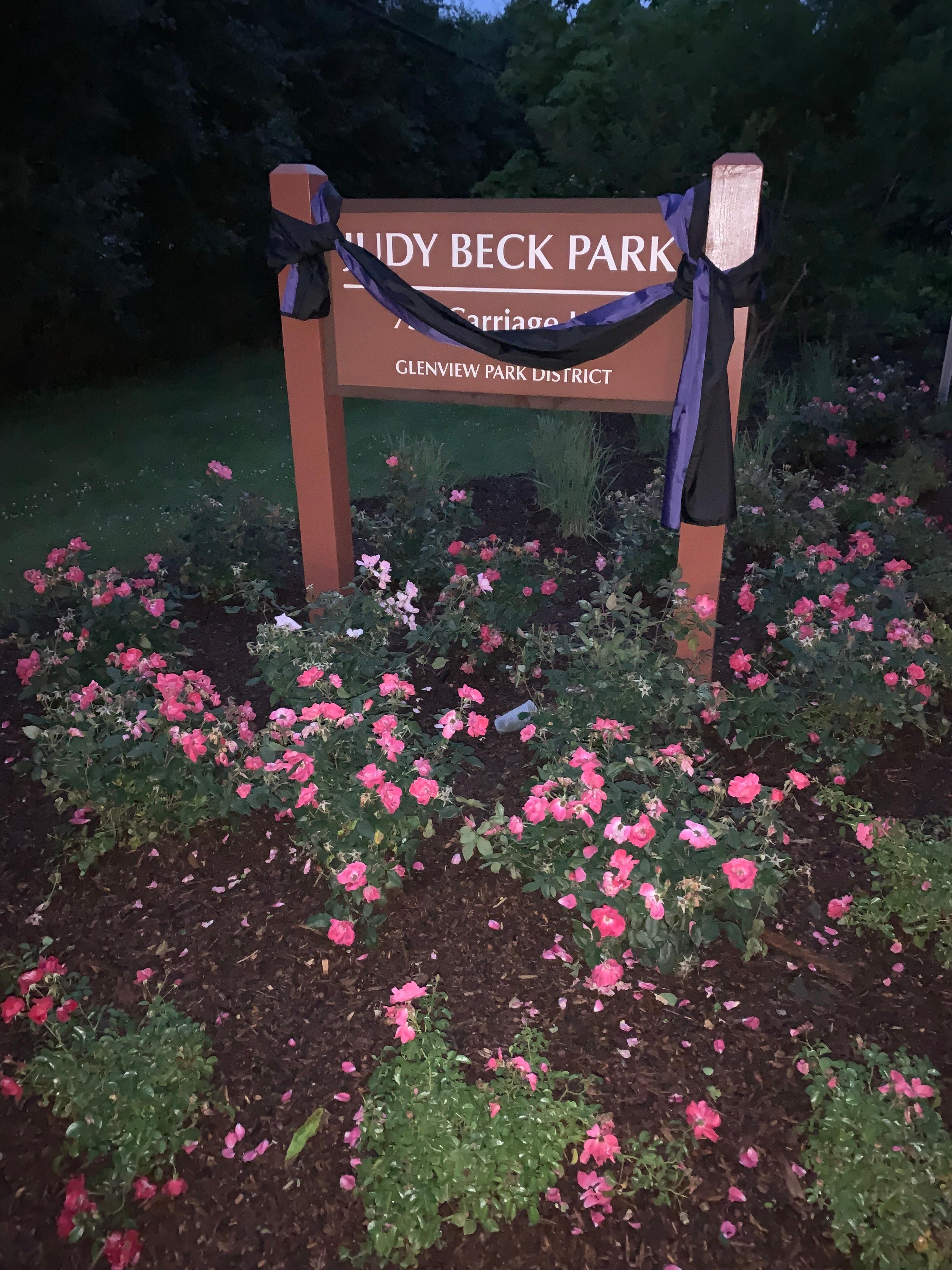 July 1, 2019
,To the Family of Sharon Beck; May the God of all comfort be with all of you. Keep her many memories close in your hearts and mind and cherish them forever.!
C. Jenkins
July 1, 2019
I am very sorry for your loss. May the GOD of COMFORT be with the family and friends. Isa.61 2
J. B.
July 1, 2019
To the family and friends of Sharon Beck: Please accept my dearest and heartfelt sympathy; I am so sorry for your loss. May the God who "binds up the brokenhearted" and "comforts all who mourn" sustain your family during this difficult time. Isaiah 61:1,2
RK
July 1, 2019
Please accept my sincere condolences to the family and friends. Losing a loved one in death is never easy. May the hope of everlasting life sustain and comfort you during this difficult time. (John 17:3). * 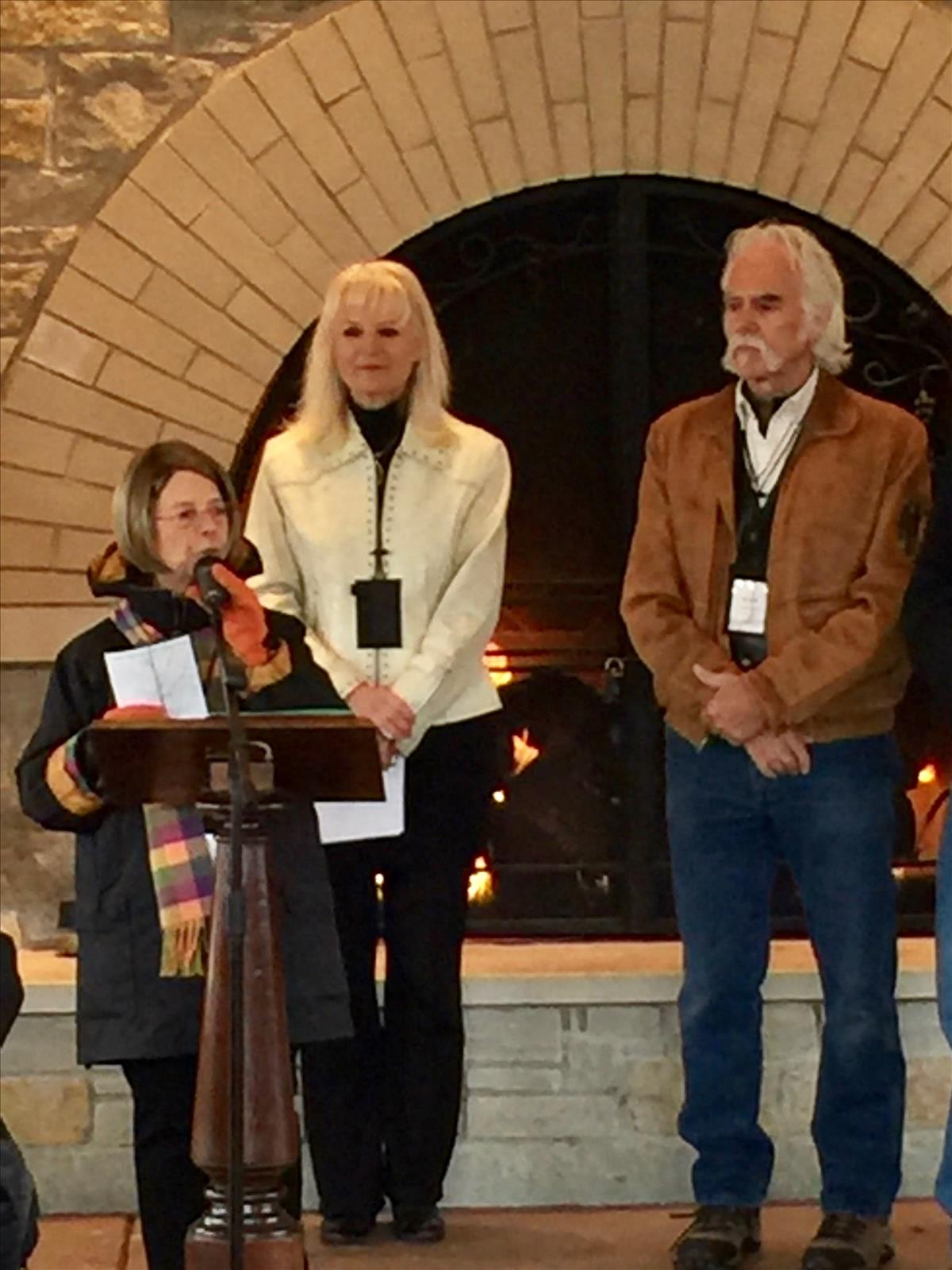 Even though I knew Judy for just a very short time she made a great impact on my life. She was just that kind of person.
Toni Dautel
June 28, 2019 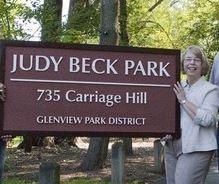 Mom, I love you.
Darren Beck
June 28, 2019
I was a Civil Engineering Consultant who worked with Judy for many years on lots of projects - always the dedicated Professional. After getting to know her through the GPD, I called on her regularly in her OGL position - always helpful and always involved. Glenview and our beautiful metropolitan area benefitted greatly from the efforts and dedication of Judy Beck.
Bob Hamilton
June 28, 2019
So sorry to learn of Judy's passing. She worked closely and collaboratively with the Michigan Office of the Great Lakes where I came to know and appreciate her dedicated service. My sincere condolences to her family.
Ken DeBeaussaert
Former Director, Michigan OGL.
Ken DeBeaussaert
June 28, 2019
Judy was a kind and smart lady; I was lucky to have known her and she made a real contribution to her community and country.
Phyllis Ellin
June 28, 2019
My deepest sympathy to Judy's family. I worked with Judy directly and indirectly over many years on Great Lakes issues and efforts. Her name was synonymous with the protection of Lake Michigan. Judy's dedication and passion will always be remembered.
Stacey Cherwaty-Pergentile
June 28, 2019
I was devastated to hear this news. Judy was a remarkable woman, a true role model for me, and an incredible example of the importance of civic engagement. Most recently, she and I served on a League of Women Voters committee together and, as always, her insight and commitment were invaluable. An incredible loss to us all. My heartfelt sympathies to her family.
Janet Spector Bishop
June 28, 2019
Showing 1 - 25 of 25 results