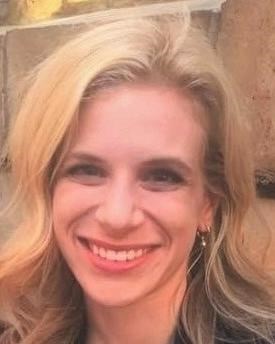 STEPHANIE ANNE MEYERS, 37; apparently of pulmonary emboli; of New York City, formerly of Kenilworth, Illinois, beloved daughter of Peter R. Meyers and the late Gail (nee Eisenberg), beloved sister of David J. Meyers, granddaughter of the late Irving and Thelma Meyers and the late Alfred and Renee Eisenberg, beloved niece of Marcie Leone and Rafael Davila, Nancy Delveaux and Gardiner Jones, Jack and Gail Eisenberg, and Mark Eisenberg and Neil Wright, loving cousin to Jenny Eisenberg and Andrew Delveaux, and honorary aunt and cherished friend to many. Stephanie graduated Phi Beta Kappa from UMASS Amherst and earned her MBA at the New York University Stern School of Business. She worked in New York for Harper Collins, Mental Floss, and until her death she was Director of Digital Growth at Inc. and Fast Company--business publications owned by Mansueto Ventures. The burial was private at Memorial Park in Skokie, Illinois. Memorials will be held in New York on June 5 and in the Chicago area in mid-July. In lieu of flowers, donations can be made to Girls Write Now, a non-profit that mentors under-served young writers.

Published by Chicago Tribune on May 16, 2021.
To plant trees in memory, please visit the Sympathy Store.
MEMORIAL EVENTS
To offer your sympathy during this difficult time, you can now have memorial trees planted in a National Forest in memory of your loved one.
MAKE A DONATION
MEMORIES & CONDOLENCES
0 Entries
Be the first to post a memory or condolences.