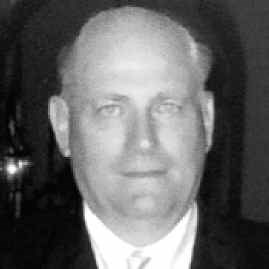 FUNERAL HOME
Davenport Family Funeral Home - Barrington - Barrington
149 West Main Street
Barrington, IL
Stephen "Steve" P. Carponelli, age 64, died Thursday, March 1, 2012, at his home in Barrington Hills, IL, after a courageous fight against Amyotrophic Lateral Sclerosis (ALS / "Lou Gehrig's Disease"). Born Dec. 11, 1947 in Chicago to Peter J. and Diana M. Carponelli, he graduated from Forest View High School in Mount Prospect, IL in 1965. An athlete, he played baseball and football at Drake University in Des Moines, IA, where he was also a member of Sigma Phi Epsilon. He graduated in 1969, earning a Bachelor of Science degree in marketing. He earned a Juris Doctor degree in 1972, graduating cum laude from The John Marshall School of Law and was admitted to the practice of law by the Supreme Court of Illinois that same year. Early in his career, Steve co-founded the law firm Carponelli & Krug with friend Robert F. Krug, Jr. Over the course of his 40-year career, Steve combined the teamwork and competitive drive gained from athletics with the business acumen he developed at Drake and the knowledge and advocacy learned at John Marshall to become a highly respected litigator. He was a multi-year member of the Justinian Society of Lawyers, Chicago Bar Association, Illinois State Bar Association and the American Bar Association. Steve was nominated by his peers to the Leading Lawyers' Network, Super Lawyers and the trial lawyer honorary society, Litigation Counsel of America. In addition to his winning trial work, he also argued cases before the Appellate Court of Illinois, the Supreme Court of Illinois, United States District Court, Seventh Circuit Court of Appeals and the Supreme Court of the United States. Steve's broad interests, reflected in his legal expertise, ranged from commercial and corporate matters to family law, criminal law, personal injury and professional negligence. He was a lawyer's lawyer and his proudest accomplishment was representing fellow attorneys in ethical matters before the Illinois Attorney Registration and Disciplinary Commission. He had a personality that "filled the room," whether that was the courtroom or his living room where he enjoyed spirited political and economic debate. To satisfy his intellectual appetite, his wife, Andrea, once gave him the full 20-volume set of the Oxford English Dictionary as a Christmas gift. He was active in his children's youth sports, including the Barrington Area Figure Skating Club, as well as baseball, football and youth hockey programs. He was a member of the Barrington Hills County Club, where he served on its Board of Directors. Steve loved quiet mornings at his home in Barrington, drinking coffee and watching the sunrise with his dog, Scout. He treasured time with his family, particularly his grandchildren who called him "Pop-pop." Steve is survived by his loving wife of 42 years, Andrea Carponelli of Barrington Hills, IL; his children, Lisa (Michael) Lovell of Des Moines, IA and Ross (Molly) Carponelli of Deer Park, IL; his grandchildren, Reese and Colette Lovell and Whitney Carponelli; his mother, Diana Carponelli of Wayne, IL; his sister, Paula (Terry) Bachner of Wayne, IL; and his niece, Jessica Bachner of St. Charles, IL; he is also survived by his sister-in-law, Pamela Mann Mutton of Rockford, IL; brothers-in-law, Raymond J. (Ellen) Mann, Jr. and Jeffrey T. (Lourdes) Mann of Reno, NV; and many aunts and multiple generations of cousins. He was preceded in death by his father, Peter J. Carponelli; and brother-in-law, Dennis J. Mutton. A Visitation will be held on Wednesday, March 7, from 4 to 8 p.m. at Davenport Family Funeral Home, 149 W. Main St. (Lake-Cook Rd.) in Barrington, IL. On Thursday, March 8, Visitation will begin at 10 a.m. and a Funeral Mass will be celebrated at 11 a.m. at St. Anne Catholic Community, 120 N. Ela St. in Barrington, IL. In lieu of flowers, memorial contributions may be made to the Les Turner ALS Foundation (847-679-3311) or Hospice of Northeastern Illinois (224-770-2489.) You may leave online condolences for the family at www.davenportfamily.com or call 847-381-3411 for information.

Published by Chicago Tribune on Mar. 4, 2012.
To plant trees in memory, please visit the Sympathy Store.
MEMORIAL EVENTS
To offer your sympathy during this difficult time, you can now have memorial trees planted in a National Forest in memory of your loved one.
Funeral services provided by:
Davenport Family Funeral Home - Barrington - Barrington
MAKE A DONATION
MEMORIES & CONDOLENCES
22 Entries
Having learned of Steve's passing seven months ago, I must share that we attended St. Raymond's elementary school and Forest View High School together always as friends. Athletics and fun times with "the boys" in high school are memories never to be forgotten. To the entire Carponelli family, my deepest sympathy for your loss of a wonderful man. Rest in peace with the Lord, our Savior!
Larry Gebhardt
October 22, 2012
to the Carponelli Family

I met Steve as an opposing atttorney on a case we tried.I respected and admired him as an advocate and soon came to regard him as a friend. We had several other cases against each other and Steve was always an excellant attorney for his clients.His warmth,humor and sincereity will be missed. Sincere Condolences. Mike Mullen Mullen & Foster
mike mullen
March 9, 2012
To Andee and the Carponelli Family, Our thoughts and prayers are with you at this very difficult time. Your Cousins: Linda, Debbie, Melissa, Cindy and Christopher
March 8, 2012
Dear Andee, Our deepest sympathy go out to you and your entire family. My parents, Stan & Jane Mann were very fond of Steve. When we met last year, we could see why. Our thoughts and prayers are with you all.
Malcolm and Cindy Mann Teekel
March 7, 2012 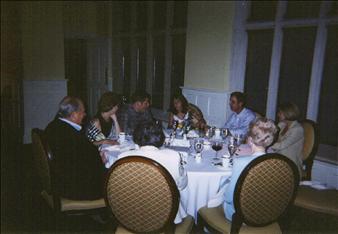 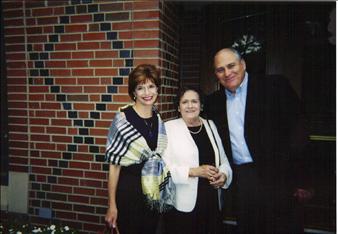 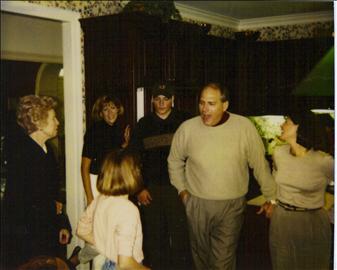 Jimmy Bachner
March 7, 2012
To the Carponelli Family,
I was so sad to read this news. Over the years some people grow apart and don't see each other often, but memories and good times are never forgotten. Mr. Carponelli was one of many cheerleading dads for the Barrington Area Figure Skating club's ice show and precision teams. He helped build scenery and cheered loud and often for our teams during competitions. On occasion I would be at the house and he would be so kind and welcoming, which is how everyone seems to remember him as. I hope he is in peace now but I know there are a lot of people who will miss him dearly. I pray for his family to get through this difficult time.
Angie (Viviano) Cardello
March 7, 2012
Our deepest sympathy to Andree and family.
Richard and Adelle Gillette nee Mankowski
March 5, 2012
We were high school classmates and friends of Steve's so many years ago at Forest View and lived in Barrington together where our children were acquaintances. He and Gary sound alot alike - 'personalities that fill the room with a love of spirited political and economic debate'. I used to see Steve on the train commuting into the city from Barrington. We mourn his passing but know that he was built of what it took to put up a valiant fight. Our condolences to his mother and his wife and children.
Gary and Ellen DeBerge - Gilbert, AZ
Ellen DeBerge
March 5, 2012
On behalf of the John Marshall Law School, I want to extend our deepest sympathy to the Carponelli family. Steve was a great lawyer and a wonderful person. The law school was indeed fortunate to have Steve as a graduate. We, and the class of '72, have lost not only a friend, but an inspiring role model for all our students and alumni.

John E. Corkery, Dean, The John Marshall Law School
March 5, 2012
I had the pleasure of working for Steve as a law clerk and later as a young lawyer. Steve was truly an inspiration to me and I consider myself fortunate to have learned how to practice law from him. Steve's intellect, passion and good humor were obvious to all who met him and served him well in his profession.

When I heard of Steve's passing, I immediately thought of the following poem:

To laugh often and much;
To win the respect of intelligent people and the affection of children;
To earn the appreciation of honest critics and endure the betrayal of false friends;
To appreciate beauty, to find the best in others;
To leave the world a bit better, whether by a healthy child, a garden patch, or a redeemed social condition; To know even one life has breathed easier because you have lived.
This is to have succeeded.

By any of these measures, Steve was a great success. He will be missed by many. I hope that Steve's family will take some comfort in the fact that he was such a positive influence on me as well as countless others. Please know that you are in my prayers.
Michael Dioguardi
March 5, 2012
Dear Andee, I was so sorry to hear about your husband's passing. I don't think I had ever met him, but I understand he was a remarkable man. I know that our Little Garden Club will be sending you flowers and a lovely note. And we would love to have you rejoin us when you have the time.

My blessing to you, and to your family.

Love, always, Betty Rodgers Jeffreys
March 5, 2012
I met Steve at Drake and I will always remember him as being a fun and friendly person. No one was a stranger to Steve. He will be sorely missed and my condolences go to his wonderful wife, Andee, and their children as well as the rest of his family. There will be a special place in Heaven for Steve. Kathy McNee
Kathy McNee
March 5, 2012
I feel very fortunate to have known Steve on a personal level and to have shared some time together enjoying our mutual interests outside the office .
Professionally, Steve provided me invaluable support and advice in my business . He was a true friend and confidant . He will be greatly missed .
Wally Perkins
March 5, 2012
To the Carponelli Family -

Please accept my condolences. I met Steve and a friend over lunch and golf at Barrington Hills Golf Club about 10 years ago. We met for lunch a couple of times since. He was a very nice and generous man.

Jim Rudwall
Jim Rudwall
March 4, 2012
Steve you will be missed terribly. You are a great friend and provided 3 generations of my family with expert legal and business advice. Our thoughts and prayers are with you and your lovely family.
Warmest best wishes on your next journey!
DOug & Cathy Dvorak
Doug Dvorak
March 4, 2012
So sorry to hear about Steve's passing. He was a great man and great lawyer. He will be missed. Please accept our deepest sympathy. Retired Judge Sam and Deanna Amirante.
Sam Amirante
March 4, 2012
Having been best friends from the age of 18, frathernity brothers and each others Best Man at our weddings, Elaine and I considered Steve to be family. He was a brilliant attorney. My family and I could always count on Steve to be there for us, any time for any reason. There will always be a void in our lives, now. Everyone who knew Steve as a friend is better for the experience. Steve, say HI to Pete for us!
Andy and Elaine Wright
March 4, 2012
So very sorry to hear about Steve. Your family is in our thoughts and prayers.
Jim and Jeannie Ritchey
March 4, 2012
Steve was a good and an inspiring man. He always took life head on with enthusiasm and vigor. He was very proud of his family, loyal to his friends,great to be with and accomplished in his profession. He will be fondly remembered. His friends were fortunate to know him.
Sincere condolences,
Richard Chambers
Richard Chambers
March 4, 2012
Mr. Carponelli was such a dear friend and business advisor to my family. We are so thankful to have had him in our lives. Your family will be in our prayers.