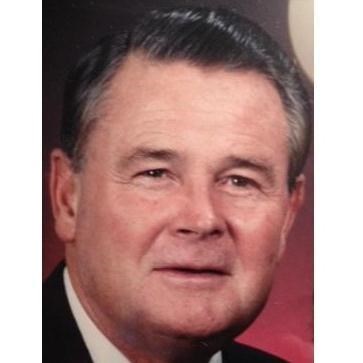 BORN
1933
DIED
2013
Stephen Hill, 80, of LaGrange, IL passed away on November 4th after battling Alzheimer's for several years. Stephen was born June 28, 1933 in Springfield, IL to the late Roy and Daisy (Richards) Hill. Stephen, a 1951 graduate of Springfield High School earned his undergraduate degree in commerce and law in 1955 from the University of Illinois and continued his studies in law, passing the Illinois Bar Exam in 1957. At U of I, he also played on the Men's Varsity Tennis Team. In August 1955, he married the love of his life, Jane (Thiem) Hill. He began his career working for Arthur Andersen in Chicago. Over the next 25 years he held senior financial positions at Prudential Insurance, National Can Corporation, Marshall Fields (Macy's) and CF Industries. Stephen enjoyed his work and near the end of his career he started his own Corporate Financial Advisory firm, specializing in Industrial Revenue Bond financing. He helped many small companies in Illinois secure financing to expand their operations. Stephen is survived by his wife of 58 years, Jane, sons, Steve (Carol), Peter, and Mike (Lauren), his daughter Susan (John), 10 grandchildren as well as his older brother Joseph (Alice), and their sons Joe (Jan) and Jim(Yon) and their children. A Memorial Service will be held at the First Presbyterian Church of LaGrange, 150 S. Ashland Ave, LaGrange IL, on Wed Nov. 27th @ 11am. A reception and visitation will immediately follow the service at the church. In lieu of flowers, memorials to: First Presbyterian Church of LaGrange or the Alzheimer's Association 225 N. Michigan Ave, Chicago, IL 60601-7633.
Published by Chicago Tribune on Nov. 10, 2013.
To plant trees in memory, please visit the Sympathy Store.
MEMORIAL EVENTS
Nov
27
Visitation
First Presbyterian Church of LaGrange
150 S. Ashland Ave, LaGrange , IL
Nov
27
Memorial service
11:00a.m.
First Presbyterian Church
150 S. Ashland Ave, LaGrange , IL
MAKE A DONATION
Please consider a donation as requested by the family.
MEMORIES & CONDOLENCES
3 Entries
Mr Hill,
my sadness I am grateful to know you. I learned so much from your family. I lnow what friendship, support, unity and "workin' hard " look like today! Thank you - Amen.
Dan Bowers
November 14, 2013
I got to know Stephen at NIU through Mike, his son. We had a great time and Steve and Jane were great support to his sone Mike and his teammates there; and made the trip senior year to Hawaii to chaperone a bunch of 20 year olds with Coach Neufeld. A life well lived with family being so important. Cheers.
Gary Hattendorf
November 14, 2013
Dear Jane, Mike and family: I am so sorry to hear of Stephen's passing. I hope that your many happy memories will help sustain you during this difficult time. I'll keep you all in my good thoughts.
Sincerely,
Sharon DeVault
Sharon DeVault
November 13, 2013
Showing 1 - 3 of 3 results