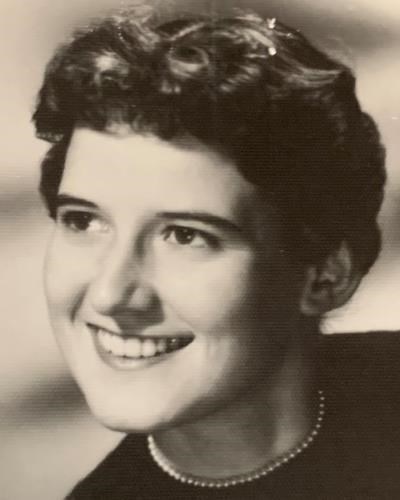 BORN
1939
DIED
2021
ABOUT
Evanston Township High School
FUNERAL HOME
Woody Funeral Home Huguenot Chapel
1020 Huguenot Road
Midlothian, VA
Age 81, passed away August 15, 2021. Susan was born on December 4, 1939 to Dr. John Emil Boodin and Dorothy Tinley Boodin in Chicago, IL. She graduated from Evanston Township High School in 1957, the same year she was Queen of the Evanston 4th of July parade led by Walt Disney, Grand Marshall. Susan graduated from the University of Illinois in 1961 with a degree in Elementary Education. She was a proud member of Pi Beta Phi sorority. As a senior, Susan was pictured in the Illini yearbook in Who's Who at Illinois and was honored as one of the top 100 graduates. In 1968, Susan and her family moved to Atlanta, GA where she was President of the Pi Beta Phi Alumnae Club, President of Atlanta Panhellenic, and very involved in the Young Matrons Circle for Tallulah Falls School. She was an avid fisherman and fished all over the United States and New Zealand.

She enjoyed arranging flowers, keeping up with the weather, discussing history, and indulging on her favorite thing in life . . . desserts. To honor Susan, treat yourself to a delicious dessert and remember how much she loved them.

The family would like to thank the wonderful support and love from the personnel at The Crossings at Bon Air, where Susan and Paul have called home for the past 18 months after relocating from Atlanta, GA.

A celebration of Susan's life will be held at a future date. In lieu of flowers, donations can be made to the Alzheimer's Association in hope of supporting and honoring the heroic caregivers.

Published by Chicago Tribune on Aug. 22, 2021.
To plant trees in memory, please visit the Sympathy Store.
MEMORIAL EVENTS
To offer your sympathy during this difficult time, you can now have memorial trees planted in a National Forest in memory of your loved one.
Funeral services provided by:
Woody Funeral Home Huguenot Chapel
MAKE A DONATION
Please consider a donation as requested by the family.
MEMORIES & CONDOLENCES
2 Entries
Paul and Laura, we are so sad to learn of Sue's death. So sorry that we hadn't been able to see them in a couple years. Sue was a tremendous help to me (Doris) when we lived in Dunwoody and I was going to Emory. I will never forget her generous help with the children...Brownie leader, etc. Laura, you did a beautiful job with the obituary bulletin. Love, Leslie's Mom & Dad
Doris & Johnny Hefner
Friend
September 13, 2021
So sorry for your loss
Gary burton
August 22, 2021
Showing 1 - 2 of 2 results