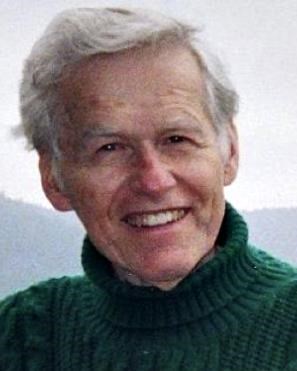 ABOUT
Carl Schurz High School
Theodore Anthony Kruzich passed away peacefully on November 17, 2020, in Chicago, Illinois. Born in Hreljin, Croatia, as Bozidar Anton Kruzic, he immigrated to the United States with his parents, Frank and Vera, in 1938. Ted began violin lessons soon after settling in Chicago's Pilsen neighborhood at Hull House. He later graduated from Carl Schurz High School, and earned bachelor's and master's degrees in violin performance from DePaul University's School of Music and the Chicago Conservatory of Music. His teachers in violin included famous performer and pedagogue, Paul Stassevitch, a pupil of the legendary violinist, Leopold Auer. Ted served in the late 1950s in the United States Army. After completing basic training, he was admitted into the violin section of the famed Seventh Army Symphony Orchestra based in Germany. He continued to perform professionally and also pursued a career in computer systems training and operations. In 1964 he appeared in Chicago's Orchestra Hall as a soloist in Mozart's Violin Concerto in G Major with the DePaul University Symphony Orchestra. An avid chamber musician, Ted enjoyed gathering musicians together to play chamber music and in recent years used the "meet up" app. to facilitate these gatherings. With a cheerful and determined outlook he found numerous venues where his friends and musicians could meet, perform chamber music, and socialize. He unfailingly spread his enthusiasm for the great chamber works of Haydn, Mozart, Beethoven, Schubert, Schumann, Dvorak, and more. Ted was also active in a fraternal organization composed of Chicago-area natives of his Croatian home town, Hreljin, and journeyed several times back to his homeland. He is survived by a sister, Darlene (Bruce) McKenzie of Avon, Ohio, a nephew, Mark (Autumn) McKenzie, nieces Jane McKenzie and Kate McKenzie, great-nephew Simon McKenzie, great-nieces Maren McKenzie and Brooke Gatto, life partner Elizabeth Costello, and close friend of many years, Jeffrey Wagner. He was preceded in death by his brother, Frank, and his parents, Vera and Frank. He will be buried next to his parents' and brother's gravesites at Woodlawn Memorial Cemetery in Forest Park, Illinois. Donations in Ted's memory may be made to Rainbow Hospice and Palliative Care, 1550 Bishop Court, Mount Prospect, Illinois 60056, or on-line at www.rainbowhospice.org.

To plant trees in memory, please visit our Sympathy Store.
Published by Chicago Tribune from Nov. 18 to Nov. 19, 2020.
MEMORIAL EVENTS
No memorial events are currently scheduled.
To offer your sympathy during this difficult time, you can now have memorial trees planted in a National Forest in memory of your loved one.
GUEST BOOK
2 Entries
Wow, just that smile, upbeat, let's do it attitude, positivity, love for music, organizing, attracting others with his friendly, light energy. I remember listening in at some of his chamber music meetup groups. He was how I always wanted to be as a musician but never knew, playing my instruments in a fun environment, with relaxed enjoyment, and with other like-minded musicians. Now I'm told that sound waves do not continue forever as I always poetically thought (and hoped). They do remain as energy, the other form of which I will remember Ted.
Zephyr
Friend
November 23, 2020
Ted was dear old friend in the 7th Army Symphony many years ago. I miss him and he will always be a fond memory.
Curtis Robinson
November 21, 2020