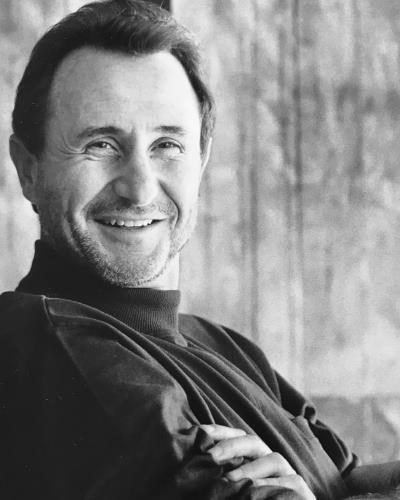 Thomas J. Klutznick, 79, a Chicago real-estate executive, philanthropist and civic activist, died on January 4, 2019 of complications due to dementia. In addition to his involvement in enhancing the skylines of some of the nation's major cities, Mr. Klutznick was active in areas of economic policy, education, and social and urban affairs.An avid outdoorsman with a passion for golf, skiing and fishing, Mr. Klutznick was a commercial-rated pilot who flew his own private jet. He was also a fierce basketball player who built a private half court hidden inside Water Tower Place. In later years he maintained a residence in Woody Creek, Colorado, outside Aspen.Starting in 2006 he suffered from a progressive form of dementia.Mr. Klutznick is survived by four children-Karen Klutznick of Chicago, John (Heather) Klutznick of Denver, Daniel Klutznick of Chicago and Katherine Klutznick of Boulder, Colorado-and two grandsons, Jackson Klutznick and Casey Klutznick. He also is survived by a sister, Bettylu (Paul) Saltzman of Chicago, and two brothers, James (Judith) Klutznick of Chicago and Robert (Dodi) Klutznick of Boulder, Colorado. His marriage to the former Ellen Diengott ended in divorce.A memorial service will be held at a later date.

To plant trees in memory, please visit our Sympathy Store.
Published by Chicago Tribune on Jan. 7, 2019.
MEMORIAL EVENTS
No memorial events are currently scheduled.
To offer your sympathy during this difficult time, you can now have memorial trees planted in a National Forest in memory of your loved one.
GUEST BOOK
21 Entries
What a great man! What a shame he had to go this why. He was always so full of life. A great person to work for. My condolences to All the family.

Peter Nance
Peter Nance
June 23, 2019
I only learned just now, from the Oberlin Alumni Magazine, of Tom's passing. My condolences to his family. Tom was a great mentor to me when I served as a young class-elected member of Oberlin's Board of Trustees. His good judgment, practical wisdom and effervescent personality meant a great deal to me and, of course, to Oberlin. At one meeting, when I had not made my plans yet for how to get back to Chicago, he instantly and generously offered to fly me back in his plane. Rest In Peace, Tom.
Conrad Bahlke
May 13, 2019
My condolences to the family, I am sending healing payers to all. Tom was truly a Renaissance Man and I am blessed to have been around him the early years of my development career. I learned much about real estate development and I remember Tom was a generous man with his time and good counsel. God bless Tom and the family, may our memories bring us Peace in his passing.
John Terrell
Coworker
February 10, 2019
We all treasured Tom's gleeful engaging manner and humble attitude towards life. He had it all, and we loved him for his talents. His memory for those of us who were engaged with him at Oberlin, for three wonderful years, will be eternal. May his family know that he rests in our hearts as well.
Manny Caminis '62
February 1, 2019
Tom Klutznick, Tony Petullo, Dick McManus, and a host of other Park Forest, Sauk Trail Junior High and Rick Township High School classmates had memorable times at that stage of our respective lives. Tom had a great sense of humor and was always fun to be around. My regrets to his family on the loss of 'fun person'.
Tom: See you in the next life.
Dave Hornbeck, Columbus, Ohio
Dave Hornbeck
Friend
January 28, 2019
Dave Hornbeck
January 28, 2019
To Toms family,
Sorry to heat of Tom's passing.I enjoyed doing Tom's renovation to his house in Woody Creek !
Harvey Finn
Finn Construction
January 14, 2019
"Tom was a wonderful man who never forgot his old friends. Rising to the top of the business world, he could easily slip back to the fun teenager we all knew. He will be missed by his old buddies."
Tony Petullo
Tony Petullo
January 12, 2019 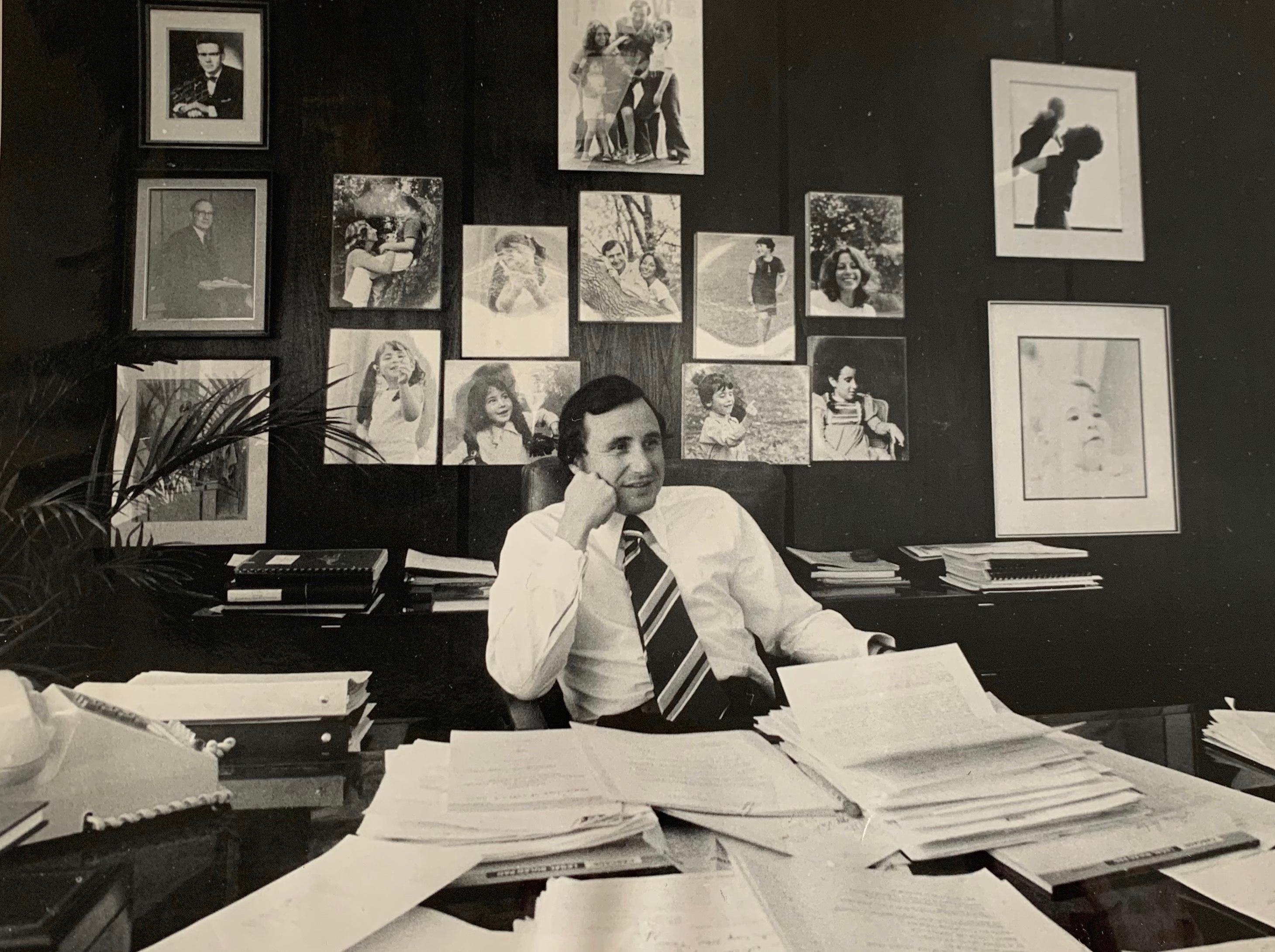 K K
January 11, 2019
Tom was a role model,employer and friend to me.He was smart ,fun to be around and missed.Condolences to the family.
Michael Colleran
January 11, 2019
I knew Tommy as a 12 year old in Park Forest in 1950-51. We both attended 6th grade in Chicago Heights. We lived a couple of blocks from the Klutznick home. I last saw hi at a surprise birthday party for my college roommate Arnie Levy.


Bob Kaufman
Wheeling IL
Robert Kaufman
January 10, 2019
May God bless you and your family in this time of sorrow.
Al Drogosz
January 9, 2019
My family moved to Park Forest in the summer of 1953. I met Tom when we were both freshmen at Rich Townshio High School. Although we came from very different backgrounds we soon became good friends. During our four years at Rich we created a lifetime of memories. Mostly good, some hilarous. Like the hot summer evening we fired up the mosquito fogger in Tom's driveway while his dad, Phil, was hosting a delegation of dignitaires from the United Nations. The house filled with fog and the dignataries came pouring out the doors in full panic mode. I was able to go home afterwards. Tom was not so lucky.
I will remember Tom as a generous, caring, funloving individual but most of all, as a friend.
James Logan
January 9, 2019
Tom was always kind and generous, and it was inevitably fun and an adventure when visiting him and his wife, Tina Staley, in either Chicago or Woody Creek.

Tom's spirit and his smile, and his willingness to share his incredibly vast knowledge on his many and varied interests are memories that will always make me smile. To all those who love Tom, I offer my heartfelt sympathy.
Michele Demetriou
January 8, 2019
My sincere condolences to your family for the loss of your love one. May the God of comfort be with you during this sad occasion and may his loving words at John 6:40 console your heart.
Z L
January 8, 2019
My condolences to family and friends. May your cherished memories of Mr. Klutznick and God's promise at John 6:40 bring you a measure of comfort during this difficult time.
Shea
January 7, 2019
Even though most of my memories are from when I was a little girl, I will always remember him as my Uncle Tom with a loving spirit and kind eyes. It feels special now to know that the sunsets I watch from my house are the same ones he used to watch up the valley in Woody Creek.
Stephanie Stahle
January 7, 2019
Karen Klutznick
January 7, 2019
I wanted to convey my deepest sympathies to Jimmy and Betty Lu, Karen and the rest of the family. I worked for Tom from 1972 until 1980. It was a great experience. UiDC was involved in developing exciting projects at the competent hands of Tom.
Eileen Moss Budwig
Friend
January 7, 2019
Tom was my brother in-law. When I was going through a serious bout with CML, he was very
instrumental in making sure I got the best treatment. For this reason and sooo many more, I
will be forever grateful for this fine man. He was a very giving, caring, generous and always had such
a fun spirit about him. He was a guys guy. Whether just hanging out, sking, golfing, fishing or enjoying
a fine cigar. May Tom rest in peace. My thoughts and prayers are with his entire family and close friends.
Sad period for many.
Kent Stahle
Family
January 7, 2019
My sincere condolences to the family and friends.Draw close to God in prayer and he will draw close to you during this difficult time.
Lynn
January 7, 2019