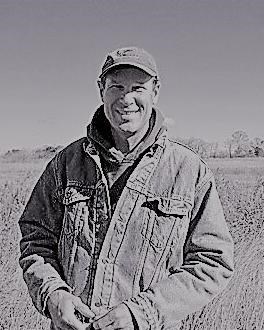 BORN
1951
DIED
2017
Thomas Waid Vanderpoel, 66, of Barrington passed away peacefully on Tuesday, August 8, 2017 at his home in Barrington. He was born February 10, 1951 in Harvey, Illinois to Waid Vanderpoel and Ruth (nee Silberman) Vanderpoel. Tom was a hard working and passionate man who dedicated his life to studying and conserving the natural world and helping his family. The next generation of family members will miss his unconditional love and supportive guidance. He was a true conservationist, known for his involvement in the Illinois Volunteer Stewardship Network and Citizens for Conservation. He followed on the work that his father began and helped build Citizens for Conservation into an important force in the community. His efforts helped in the preservation of thousands of acres of natural habitat in the Barrington area and his expertise in restoration was a resource for organizations nationwide in improving their own restoration efforts. He inspired people to donate thousands of hours of work, while teaching and working alongside them at seed collections and prairie burns. He kept pushing the boundaries of what could be expected of habitat restoration by constantly experimenting and developing new techniques. He was very supportive of young researchers, educating the next generation on the importance and subtleties of ecological restoration and responsibility of natural area stewardship.He was an avid admirer of Inuit art. As with anything that he had an interest in he studied the subject in encyclopedic detail. He will be missed by many including his wife, Gail (nee Ryan); his surviving brothers, John (Linda), Bill (Nicole), Jim (Alison) and Mark (Linda), step-children, Cassidy and Cooper Quarterman; his step-grandchildren, Brinley, Aubrey, Brodey, Asher, and Walker; his loving nephews and nieces, Scott (Anna), Jacki (John), Bob, Hunter, Madison, Jenny, Victoria and Freddie. In lieu of flowers, please consider making a donation to Citizens for Conservation- Tom Vanderpoel Memorial. 459 W. Highway 22, Barrington, IL 60010. The memorial service will be held at Citizens Park in Barrington, IL on Monday, August 28th at 10am. Funeral arrangements entrusted to Davenport Family Funeral Homes and Crematory, 847-381-3411. For online condolences please visit, www.davenportfamily.com.

To plant trees in memory, please visit our Sympathy Store.
Published by Chicago Tribune from Aug. 13 to Aug. 17, 2017.
MEMORIAL EVENTS
Aug
28
Memorial service
10:00a.m.
Citizens Park
, Barrington, Illinois
Funeral services provided by:
Davenport Family Funeral Home
GUEST BOOK
1 Entry
Remembering your gentle smile & love for your wife, Gail. Now you can identify all the plants and flowers in heaven, Tom. You were an inspiration to so many from all I've heard about you. We'll watch over your love, Gail.
Loving thoughts,
Rosemary
Rosemary Fulgenzi
August 31, 2017