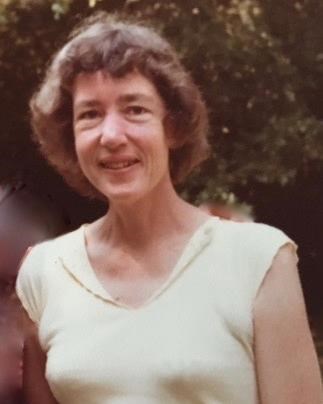 Virginia was born on June 7, 1939 in Lake Forest, IL, the daughter of R. Martin Stevenson and Virginia (Doering) Stevenson. She was a great-granddaughter of Edward Turner Jeffery, a prominent railroad executive, and of Dr. E. J. Doering, a leading Chicago physician.

At the outbreak of World War II the family moved to Washington, D.C., where Virginia attended the Potomac and Madeira schools. Her parents divorced in 1945; ten years later her mother, along with Virginia and her younger brother, moved to Charlottesville, VA, where she graduated from Lane High School in 1957.

While attending French classes at the University of Virginia, She met her future husband, J. Kelly Murphy III, who was attending the School of Architecture. Shortly after their marriage, Kelly entered active service as an officer in the U.S. Navy.

Virginia enjoyed their postings to Newport, RI and other locations, and rejoined Kelly when his ship visited Centeral and South America. She savored international travel and being part of the community of Navy families.

Soon after their first child was born in 1963, the couple moved to Kimberton, PA where she raised, trained and showed her beloved standard poodles and Lhasa Apsos. She gave birth to her second child in 1969 and later moved to Birchrunville, PA.

In addition to her abiding love of dogs and horses, Virginia treasured the country life and pursued her interests in drawing, painting and creative writing throughout her life. As a member of the Pennsylvania Federation of Dog Clubs in the 1970's, she helped plan numerous social events.

Virginia was predeceased by her younger brother David D. Stevenson, in 2011.

A memorial service to celebrate her life will be held at Washington Memorial Chapel in Valley Forge, PA on Saturday June 12, 2021 at 11:00 am.

In lieu of flowers, memorial contributions may be made to: Veterans of Foreign Wars Foundation 406 W. 34th Street Kansas City, Missouri 64111.

To plant trees in memory, please visit our Sympathy Store.
Published by PL-Lake on Apr. 1, 2021.
MEMORIAL EVENTS
Jun
12
Memorial service
11:00a.m.
Washington Memorial Chapel
, Valley Forge, Illinois
Funeral services provided by:
Moore, Snear & Ruggiero Funeral Home
GUEST BOOK
3 Entries
WE WERE GOOD FRIENDS IN CHARLOTTESVILLE DAYS. I REMEMBER A LOVELY BIRTHDAY PARTY GIVEN HER IN HER GRANDPARENTS HOME. i am glad to read that she had a happy mariage and travels. She was one of our "smart" grads at Lane High School!
Diane Sadler Martin
April 14, 2021
My condolences to Virginia's family. I spent considerable time with her during a period I was helping her mother. Regrettably, we lost touch some years after I left Charlottesville. She has always remained in my memories.
Cynthia Harris
March 27, 2021
My condolences to Virginia's family. I was a classmate of hers at Lane High School in 1957.
Larry Garrison
March 25, 2021