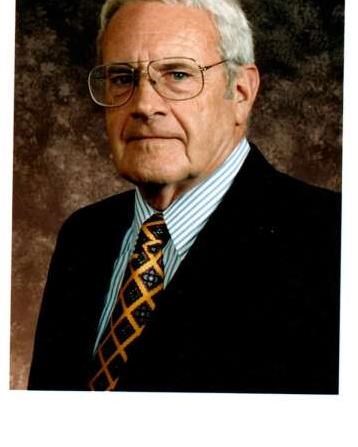 Born in Chicago on April 24, 1938, Walt Christophersen was one of four children born to

Walter C. and Vivian C. (Lotts) Christophersen. The others were Dr. Edward

Christophersen of Overland Park, KS; the late Lynn Christophersen of Olathe, KS and Jane Christophersen of Sacramento, CA. Walt was a 1960 graduate of the University of the Pacific in Stockton, CA. Uncertain of what he wanted to do for a living, he stumbled into journalism as a columnist for the campus newspaper, eventually becoming editor-inchief. After graduation, he was drafted into the U.S. Army and sent to Korea, where he followed the same path, joining the staff of a command newspaper as a reporter and later being promoted to editor. Turning down an invitation to attend Officer Candidate School, he advanced halfway through the enlisted ranks to E-5 in 19 months - a feat almost unprecedented outside combat zones. Following his discharge, Walt was hired as a writer/editor for the UPI national broadcast wire in Chicago. Writing about international events fueled a wanderlust that inspired him to leave after two years and go off to see the world. A recounting of his six-month journey from Beirut to Tokyo forms one-third of his book, By Ship, Train, Bus, Plane & Sometimes Hitchhiking, published in 2011. Returning to the U.S., Walt landed a job as a writer/producer at WBBM-TV (CBS) in

Chicago. After four years, he quit to do more traveling, which included visits to South America and dozens of Pacific islands. He tried his hand at travel writing and succeeded in becoming a regular contributor to major Sunday newspapers such as the Chicago Tribune, Boston Globe, Los Angeles Times, San Francisco Examiner and Toronto Star. In 1973, he got a first-hand look at life on Capitol Hill while serving as Washington press secretary for David Towell, a friend who had been elected to Congress. When Towell failed to get re-elected, Walt resumed his career in TV news, working at stations in San Diego, Greenville, NC and Columbus, OH. In 1983, he was able to achieve his goal of becoming a foreign correspondent when hired by German public broadcasting to serve as a reporter on the weekly TV newsmagazine European Journal, which was produced in Cologne and syndicated to 160 PBS stations. That job was followed by employment as a writer/editor at Radio Free Europe in Munich. After later working as a copy editor at CNN International in Atlanta, Walt moved to Arizona to try his hand at writing books.

He described what it was like to live and work in Europe in his first book, A Temporary European, published in 2009. In recent years, he was a resident of Apache Junction, AZ. He never married.

To plant trees in memory, please visit our Sympathy Store.
Published by Chicago Tribune on Jan. 10, 2021.
MEMORIAL EVENTS
No memorial events are currently scheduled.
To offer your sympathy during this difficult time, you can now have memorial trees planted in a National Forest in memory of your loved one.
Funeral services provided by:
At Seasons End Mortuary
GUEST BOOK
1 Entry
Walt and I knew each other (a little) in high school--Arlington Heights High in Illinois. He was a year ahead of me. He and I appeared together in a one-act play that was performed Dec. 17, 1954, at a morning assembly of underclassmen. In "Pop Reads a Christmas Carol," Pop--me--wants to continue the family tradition of him reading Dickens's story, "A Christmas Carol," but he is stymied at every turn by the rest of his family, including his older son, played by Walt. It was a silly play, but we were quite surprised at the audience reaction. The laughs came often.

I found Walt's obituary very interesting, as well as his website. Had I known he was living in the area, I might have tried to get in touch with him. I find a kindred spirit. He was more adventurous than I, but I have been to several of the same places.

I wish him well on the eternal adventure that is about to begin for him, and I extend my sympathies to his surviving family.