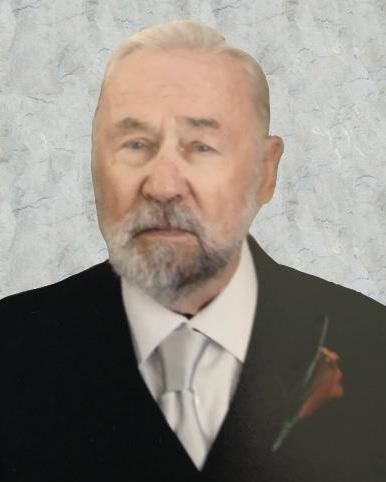 BORN
1927
DIED
2020
ABOUT
Leo High School
William Joseph Koloseike, born April 5, 1927 Chicago, Illinois, to August and Margaret Koloseike, passed peacefully in his home in Naperville, Illinois, March 6, 2020. William (Bill) was born and raised on Chicago's south side Auburn-Gresham neighborhood along with his late brother Charles Blake Koloseike. He attended Little Flower grade school and Leo High School. He was called up for military service upon graduation from Leo and proudly served in the United Sates Marine Corps. After completing his military service was he attended Marquette, and then Loyola University on the GI Bill, earning a degree in business. It was after his graduation that he took a job in the retail automobile business as a salesman. He remained in the automobile industry for over 50 years having started the Bill Kay Auto Group with his first dealership in 1969. His dealership organization grew to 9 dealerships in Illinois and Arizona before his retirement in 2002. He was very passionate about the automobile business and employed and mentored many that became dealers themselves. Bill was preceded in death by his wife of 50 years, Shirley Koloseike (McInerney) with whom he had 4 children. He is survived by Mark Koloseike, his oldest son, and his wife Jean and their 6 children, Katelyn, Kelly, Lauren, Colleen, Mary and Mark, William Koloseike and wife Janet and their two children, William and Blake, Judy Spellman, her husband, John Spellman and their two children, John and Ginny, and his daughter Nina Koloseike. He leaves 10 grandchildren, and 5 great-grandchildren. Bill was known to anyone who knew him as a tough but generous man. Bill supported many charities and non-profits including Leo High School, where he was honored as a distinguished alumni and Man of the Year in 2009. In addition he supported Loyola University, University of Chicago, and JDRF. After his wife's passing, he decided it was time to give back, not just monetarily, but give of his time and volunteered for many years helping nurture children and their families through the Family Focus organization. He also worked with the Ignation Volunteer Corps, a Jesuit ministry, and was instrumental in the construction of St Aloysius Gonzaga Secondary School in Nairobi, Kenya. St, Al's is the world's first high school for AIDS orphans. He was there for the groundbreaking and worked toward its completion. Later, Bill was able to travel back to Nairobi for the school's dedication. Bill was a long time member of Naperville Country Club. He was an avid traveler and active in many sports including golfing, skiing, scuba diving and hunting. Bill had an incredible sense of adventure and would be willing to try just about anything whether it was riding motorcycles, zip lining, or traveling across the country by RV. Services will be private. There will be a Memorial Celebration of Bill's life planned for a future date to be determined. In lieu of flowers memorials are requested to the Juvenile Diabetes Research Foundation, Illinois Chapter, 1 N. LaSalle St. Suite 1200, Chicago, IL 60606. Arrangements by Beidelman-Kunsch Funeral Homes & Crematory. Info www.beidelmankunschfh.com. 630-355-0264.

To plant trees in memory, please visit our Sympathy Store.
Published by Chicago Tribune on Mar. 20, 2020.
MEMORIAL EVENTS
No memorial events are currently scheduled.
To offer your sympathy during this difficult time, you can now have memorial trees planted in a National Forest in memory of your loved one.
Funeral services provided by:
Beidelman-Kunsch Funeral Home & Crematory - Historical Downtown Chapel
GUEST BOOK
5 Entries
So sorry for your loss . Bill was a terrific businessman, individual and neighbor. He truly will be missed.
Fred Tuch
Neighbor
April 18, 2020
Mr. Kay
May peace be with you and your family at this time.
Melonie Judd
March 26, 2020
Bill is in our prayers at Leo High School. The Leo Community extends sincere condolences to the Koloseike family. Bill was an extraordinarily generous man who never said no to a request for assistance and helped Leo through some lean times. That the school is thriving today is a tribute to his great heart. RIP to a true Leo Man who embodied Facta non Verba.
Dan McGrath
March 20, 2020
Sincerest condolences in the death of Mr. Koloseike. He was a great man and friend of the Christian Brothers. May he rest in the peace of Christ that he so richly deserves.
Bro. T.C. Mahoney, St. Laurence High School
March 20, 2020
Mr.Kay,
It was a pleasure to meet you and listen to your stories while you visited the Office. May You Rest In Peace. Prayers of Comfort and Strength for Your Family
Julie Michelin
March 18, 2020