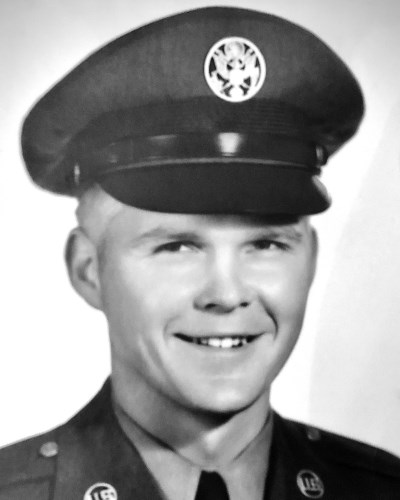 Bill died on April 1, 2021 at the Lutheran Home in Arlington Heights, Illinois surrounded by family.

Bill was born in Ishpeming, Michigan to Gust and Anna (Niemela) Maki. He graduated from Ishpeming High School in 1946 and enlisted in the U.S. Air Force. He married Norma Latola of Gwinn, Michigan in July 1953. After his service Bill received his Bachelor of Science and Master of Arts degrees from Northern Michigan University.

Bill and Norma moved to Glenview, Illinois in 1958. Bill taught industrial arts at Skiles Junior High School in Evanston, before moving to Wheeling High School. He became a member of the inaugural faculty at Buffalo Grove High School, where he was Coordinator of Diversified Cooperative Education, before retiring in 1986.

Bill embodied a rare combination of the creative and the practical. He built their house in Glenview, Illinois and designed and built their cabin in Little Lake, Michigan. He painted and created beautiful displays for Norma's school

classrooms. He loved music, playing the saxophone, tuning pianos, and singing with the Sibelius Male Chorus of Chicago and Amerikan Laulajat, including two concert tours of Finland.

To plant trees in memory, please visit our Sympathy Store.
Published by Chicago Tribune on Apr. 18, 2021.
MEMORIAL EVENTS
No memorial events are currently scheduled.
To offer your sympathy during this difficult time, you can now have memorial trees planted in a National Forest in memory of your loved one.
Funeral services provided by:
Cremation Society of Illinois
GUEST BOOK
5 Entries
Norma, I was saddened to learn of Bill's passing. Char Lemke just emailed me about his death. He lived a good long life and I was proud to have taught with him at BGHS. I was a coordinator also of the Home Economics program which later became just a work study coordinator. I have some great memories of our time at BGHS. Please know you and your family are in my thoughts and prayers. With heartfelt Sympathy, Ellen
Ellen Corti
April 19, 2021
Norma, So sorry to hear of Bill's passing. He was always so kind to me and others in our department. Daily, a smile graced his face. May memories of your time with Bill warm your heart in the months to come.
Charlene Lemke - BG Home Ec. Teacher
April 19, 2021
Bill was such a kind man and had always had a wonderful smile and I saw him. He will be missed.
Sherri Silberg
April 17, 2021
So very sorry to hear this. What a gentle, wonderful man. Thinking Of all of you at this difficult time.
Alice Rylander
April 16, 2021
Bruce, Kim and family - so sorry for your loss.
Cathy Askin
April 15, 2021