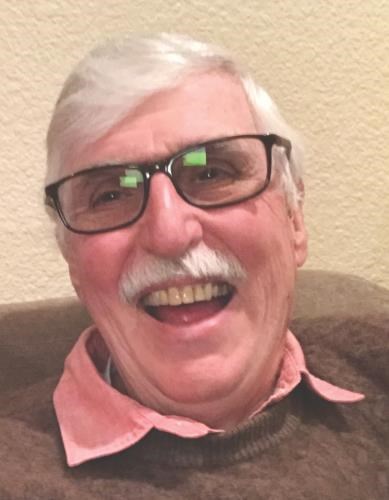 BORN
1935
DIED
2021
FUNERAL HOME
Brusie Funeral Home - Chico
626 Broadway
Chico, CA
HAROLD EDWARD COOPER Harold Edward Cooper passed away on Septem-ber 12 of natural causes in Chico, California. He was born on Novem-ber 23, 1935, in Topeka Kansas, the son of Harold and Medora Cooper (Brock). He married Anna Marie Cooper (Erickson) in 1957. They met in Puyall-up, Washington, where they attended high sch-ool together. They were a dynamic duo: very different, but they complemented each other well. They lived in the same home for 46 years in Chico across from Bidwell Park, where they regularly went on walks or bike rides. They had an incredible journey together. He joined the Air Force and became an officer through the officers' training program. They lived in California, South Dakota, Texas, Kansas, England, North Dakota and retired in Chico. Harold did three tours in the Vietnam War in the 46th bomb squadron, where he flew 165 combat missions as a navigator on B26's. He was shot down in 1967 and received the Purple Heart and a Distinguished Flying Cross. After Vietnam ended, he continued to fly for the Air Force, logging over 6000 flying hours on B52's and retired as a Major in 1975. He then worked for the Post Office and Chico Unified School District, but his passion was remodeling and building homes with his own hands. Who else moves an entire garage by pulling it with a 1965 Mustang? Harold and Anna Marie created an empire of homes like the Monopoly Game, always paying as they went. He lost his wife and building partner in 2014 but continued with their building work. He was a creator, a builder, a gentle man who was always moving forward. A man of few words, so you had to listen when he spoke. He had an incredibly dry sense of humor, which he has pass-ed on to his sons. He was a solitary man, so humble, never really wanting anything except maybe a new tool. He is survived by his three sons John (Tami), Mark and Paul (Carla), his 6 grandchildren, Toni, Michael, Scott, Kyle, Colin and Erica, 3 great-grandchildren, and his younger brother Bill Cooper. A loving man who led by example, he will be miss-ed by his family and his friends.
Published by Chico Enterprise-Record on Sep. 19, 2021.
To plant trees in memory, please visit the Sympathy Store.
MEMORIAL EVENTS
To offer your sympathy during this difficult time, you can now have memorial trees planted in a National Forest in memory of your loved one.
Funeral services provided by:
Brusie Funeral Home - Chico
MAKE A DONATION
MEMORIES & CONDOLENCES
Sponsored by ChicoER.com.
0 Entries
Be the first to post a memory or condolences.