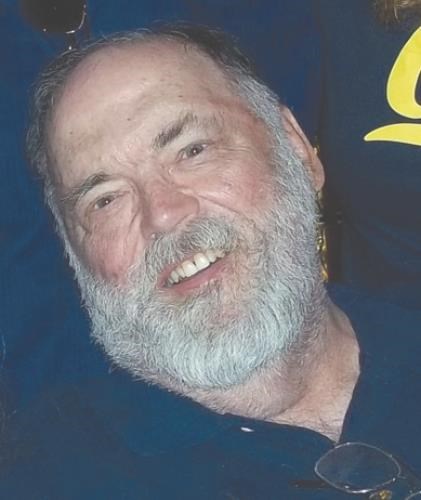 BORN
1952
DIED
2021
UPCOMING SERVICE
Service
Sep, 23 2021
10:00a.m.
Winters Cemetery
Send Flowers
STEVEN EDWARDS CULTON, SR. Steven Edwards Culton, Sr., born April 26, 1952, suddenly passed into the loving presence of his Lord in Tyler, TX on June 1, 2021. He was born in Brawley, CA and spent the majority of his life in Sacramento and Paradise. After surviving the Paradise Camp Fire in 2018, he relocated to Tyler, TX and enjoyed his final years there. Steve (along with twin sister Debbie) was the second born child of Sarshel Culton and Bertha Culton. Raised in Sacramento, Steve enlisted in the Army after high school and proudly served in the 41st Mobile Army Surgical Hospital as an Orthopedic Technician during Vietnam. He received and cared for countless wounded soldiers at Brook Army and Letterman General Hospitals and was honorably discharged in 1974. After the Army, Steve went on to become a Surgical RN at Mercy Hospital in Sacramento, and Feather River Hospital in Paradise. A gifted craftsman, Steve also founded Butte Ironworks in 1995 where he made a name for himself as a general contractor. Among his many elaborate ornamental gates and fences was the Oroville Cemetery. The historic project became front page news in the Oroville Mercury Register. Steve also served on the CA Board of Contractors and helped develop exam questions and CA building regulations. At its height, Butte Iron became the 6th largest ornamental iron firm in CA, with thousands of fences and gates still standing today. After an illustrious 20-year career in the trades, Steve returned to his roots in medicine and retired from Feather River Hospital as a Sleep Studies Technician. As an RN, Steve was second to none and received countless administrative accolades and thank you cards from both patients and staff. He was considered by friends and loved-ones to be a well-spoken and eccentric-genius, as evidenced by his incredible intellect, photographic memory and two certified Medical patents. He was working on a third patent at the time of his death and was always looking for new ways to improve the world around him. Steve was a wonderful storyteller, a gifted singer and multi-instrumentalist, a brilliant writer, designer, fabricator and contractor, a highly knowledgeable medical professional, and a devoted follower of Jesus who loved his family, music, movies, food, gold mining, camping, fishing, guns and motorcycles. He was an avid follower of world news and politics and could often be found at the head of his dining-room table, correctly answering Jeopardy questions while simultaneously reading his beloved newspaper from front to back. Steve is survived by his loving mother Bertha Culton, five children: Stacey Crawford, Stephanie Harrington, Steven "Skip" Culton, Jr., Molly Culton and Corey Culton; grandchildren Jordan Petteys, Jack Petteys, Sydney Culton, Steven E. Culton, III, and Preston Harrington; eldest brother Paul Culton, twin sister Debbie Miller, and brother, Pastor Robert Culton. Steve is also survived by several nieces and nephews and will be deeply loved and missed. A service and celebration of life will be held at the Winters Cemetery in Winters, CA on Sept. 23, 2021 at 10am where his cremains will be interred in the Culton Family plot.
Published by Chico Enterprise-Record from Sep. 12 to Sep. 19, 2021.
To plant trees in memory, please visit our Sympathy Store.
MEMORIAL EVENTS
Sep
23
Service
10:00a.m.
Winters Cemetery
Winters, CA
MAKE A DONATION
MEMORIES & CONDOLENCES
Sponsored by ChicoER.com.
0 Entries
Be the first to post a memory or condolences.