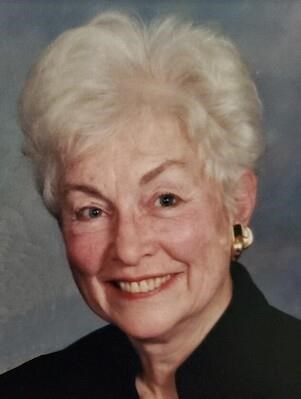 Chillicothe - Barbara Stark Herlihy, 91, of Allen Avenue died on Saturday, July 10, 2021 at home surrounded by her family. She is survived by her eight children: Christie (and William Starr) of Marlborough, MA; Mary (and Roberto Roca) of Madrid, Spain; John (and Amy Jones) Herlihy of Charlotte, NC; Joseph Herlihy of Chillicothe; Barbara (and Kenneth Johnson) of Rocky Face, GA; Jeanne Herlihy of Columbus; James (and Kim Weber) Herlihy of Columbus; and David (and Leah Haney) Herlihy of San Pedro, CA. She is survived by 24 grandchildren: Jason (and Keira Sheehan), James (and Elizabeth Jones), Jon and Julia Starr; Natalia, Anne and Santiago Roca; John Daniel, Elizabeth and Caitlin Herlihy; Joseph, Michael and Isaac Herlihy; Sarah, Katherine and Kenneth Johnson; John, Margaret, Mary and Molly Herlihy; Lucy, Elizabeth, David, Jr. and Katherine Herlihy. She is also survived by great-grandchildren Kelsey, Aidan and Lily Starr. She was predeceased by her husband John D. Herlihy Jr. who died Oct.29, 2017 after 62 years of marriage. She is also predeceased by three brothers: Ray, David, and John.

Barbara was born March 7,1930 in Chillicothe, the oldest of four children born to Raymond and Ferne Stark. A 1948 graduate of Chillicothe High School, she earned a bachelor's degree in English in 1952 from Ohio Dominican University, the former Saint Mary of the Springs College in Columbus. She credited her Catholic college with awakening her many interests and as a devoted wife and mother she shared with her children a love of learning, and an appreciation of art, music, history and the Great Books. Her keen interest in history and her desire to share the natural beauty of Stark family farm with the public led to her early support of efforts to turn ancient Hopewell Indian earthworks on the farm into the Arc of Appalachia Junction Earthworks Preserve with 70 acres of native prairie and nature trails. She founded an endowment fund to develop and preserve the historic site for future generations.

She was an active parishioner of St. Peter's and St. Mary's Catholic communities, a member of the St. Mary's prayer group, a generous supporter of Catholic education and causes particularly efforts to protect human life. She was an avid supporter of her husband's efforts to develop the Chillicothe community, active in the local Republican Party and served on the Chillicothe School Board. A member of the Garden Club of Chillicothe, she took great interest in plants and pride in her gardens. A lifelong collector of recipes, she loved to cook and offer hospitality, and took great joy having her many children and grandchildren gathered around her table.

Donations in Barbara's name may be made to Arc of Appalachia, Elizabeth's Hope, and Bishop Flaget School.

Her online memorial guestbook is available at www.HallerFuneralHome.com

Published by Chillicothe Gazette from Jul. 12 to Jul. 13, 2021.
To plant trees in memory, please visit the Sympathy Store.
MEMORIAL EVENTS
Jul
16
Visitation
5:00p.m. - 7:00p.m.
Haller Funeral Home
1661 Western Ave, Chillicothe, OH
Jul
17
Mass of Christian Burial
12:00p.m.
St. Mary Catholic Church
OH
Funeral services provided by:
Haller Funeral Home
MAKE A DONATION
MEMORIES & CONDOLENCES
Sponsored by Haller Funeral Home.
3 Entries
Joe and family Our si. Ere condolences to you and your family. I was trying to remember where I met Barbara and I though it was through the Girl Scouts but not sure. She was very dedicated to so many causes
Clara & Richard Kutschbach
Friend
July 13, 2021
I feel honored to have connected with your mom at several different junctures of her life. The memories our families shared together were some favorite times for me growing up. I wish your entire family my heartfelt sympathies.
Amy Fleischer-Brown
July 12, 2021
My friend and class mate , Chillicothe High School class of `48....Sorry for your loss , Family, she will be missed !
Bettie Mathis Friedman
July 12, 2021
Showing 1 - 3 of 3 results