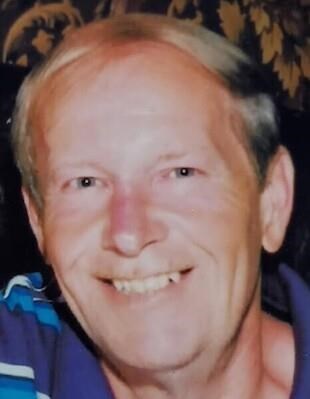 He was born December 8, 1956, in Chillicothe, son of the late Paul E. and Betty M. (Wintersheimer) Grabb. On September 1, 2001 he married Carolyn (Williams) Grabb, and together they shared nearly 20 years of marriage.

Dave was a graduate of Bishop Flaget High School, class of 1975. He went on to further his education and obtained his B.A.A. Degree from the Ohio University. Most recently, Dave celebrated his 20th Anniversary selling GM cars, working for McAllister Chevrolet, Plaza Chevrolet, and Coughlin Chevrolet. During his career, he was awarded the GM Mark of Excellence 10 times, which is awarded for high sales while maintaining excellent customer service. Dave was a member of the St. Mary Catholic Church, and had been since the early 1960's where he began attending with his parents. He was also a member of the Knights of Columbus, and the treasurer for the American Legion Post 757. In his free time, he enjoyed hunting, fishing, and going golfing. He had a love for his animals, especially his dogs.

Mass of Christian Burial will be held at 11:00am on Monday, July 12, 2021 at St. Mary Catholic Church, Rev. Milton Kiocha, Celebrant. Burial in St. Margaret Cemetery will take place at a future date. Friends may join the family for a visitation on Sunday afternoon from 2:00pm-4:00pm at the Haller Funeral Home.

His online memorial guestbook is available at www.HallerFuneralHome.com