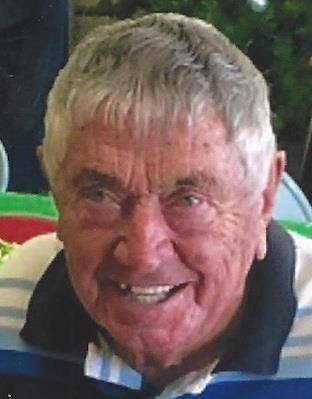 Adelphi - Robert Eugene Seymour, 89, of Adelphi, passed away at his residence on July 8, 2021. He was born on January 29, 1932 in Laurelville, the son of Robert and Isabell (McCabe) Seymour. Robert was a proud resident of Adelphi. He had many years spent on the volunteer Fire Dept and town council. He enjoyed hunting, especially turkey hunting. He was known for washing his truck and cruising around town. He was preceded in death by his parents; wife, Ann (Congrove) Seymour; daughter, Sherry D. Seymour and son, Randy A. Seymour. He is survived by his son, Terry E.(Alberta) Seymour; 2 grandchildren, Tara (Jared) Seymour Chaney and Randy (Sara) Seymour; 4 great-grandchildren, Xzander Seymour Rean, Braylon Seymour, Kristina Seymour and Cammy Leeann Seymour and special nephew, Dale Congrove. Funeral service will be held 1 p.m. Tuesday July 13, 2021 at the Wellman Funeral Home, Laurelville. Burial will be in Green Summit Cemetery. Friends may call from 11 a.m - 1 p.m. Tuesday. Online condolences may be made at www.wellmanfuneralhomes.com.