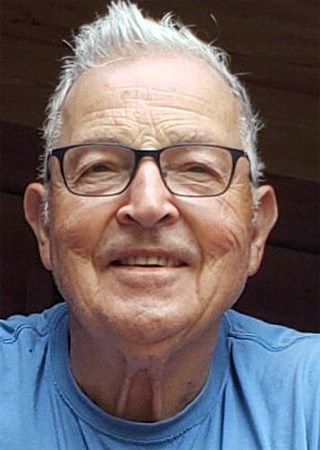 Donald John Lanners, 85, loving husband, father, and grandfather, passed away at Seasons Hospice House on May 31, 2021 after battling ALS.

He was born on December 20, 1935 in Chippewa Falls, Wisconsin, the son of Raymond and Frances (Loschko) Lanners.

He was on active duty in the Air Force from 1954 to 1958, serving as a Radar Repairman at Otis Air Force Base in Massachusetts. Don worked full time and went to school part time while starting his family and earned his Bachelor's degree in Electrical Engineering at the Milwaukee School of Engineering. He then worked for IBM in Endicott NY and in 1968 was transferred to the Rochester MN plant. He retired from IBM in Rochester with 30 years of service in 1995.

In his younger days, Don was a Boy Scout Leader for the troop his two sons were active in, and enjoyed canoeing, camping, and fishing trips. He also enjoyed gardening and in his later years watching the stock market. He was a member of Kiwanis, did volunteer work for organizations like Channel One, and provided Catholic service and communion at Shorewood in Rochester. He cherished spending time with family and occasional trips with his kids.

We sincerely thank all his caregivers at The Waters on Mayowood and Seasons Hospice whose skills and compassion were invaluable at lifting his spirits and easing his suffering. The Minneapolis VA, ALS Foundation, and the Paralyzed Veterans of America were phenomenal at providing help and assistance, especially for equipment and daily living needs for people living with ALS. We are truly blessed to have them!

Funeral Mass will be held at 11:00 a.m. on Tuesday, June 8, 2021 at St. Pius X Catholic Church in Rochester with Rev. Russell Scepaniak officiating.

Interment will be at a later date in Calvary Cemetery.

In lieu of flowers, please consider donating to the ALS Foundation or Seasons Hospice of Rochester.

Online condolences are welcome at www.mackenfuneralhome.com.