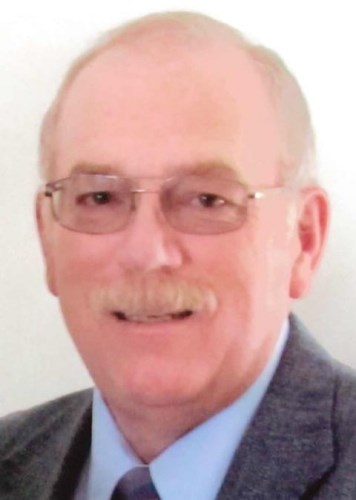 WOODVILLE - Gregory L. Luecke, age 70, passed away with his wife, Rebecca by his side on Friday, September 3, 2021 following a long battle with lung cancer.

Greg was born in Paxton, IL, to Beryl and Marlene (Boyer) Luecke. He graduated from Buckley-Loda High School in 1969. Greg studied Mechanical Engineering at the Morrison Institute of Technology.

On July 16, 1971, Greg was united in marriage to Rebecca Fox. The couple resided in Milford, IL and were blessed with two daughters, Renee and Robyn. Through example, Greg taught his family about honesty, dedication and the value of hard work. He was often up at the crack of dawn, and usually at work before anyone else. The family moved to Ozark, MO in 1986 when Greg took a job with Fasco Industries, eventually becoming the Plant Manager. In 1992, the family relocated to Woodville, WI when Greg began working at McMillan Electric Company in Woodville. He enjoyed his 28 years working at McMillan Electric before retiring as the Vice President of Quality in August of 2020.

Greg truly loved his family and enjoyed spending time with them. His greatest blessing was his grandchildren: Ethan, Tyley, Raelyn, and Izaac. He also loved to go fishing and started the Wednesday Night Fishing League at McMillan Electric which has grown to a large and popular competition. His passion for fishing also led to hobbies of collecting vintage fishing tackle and rod building, allowing Greg to make custom fishing rods that he donated and gifted to family and friends.

Greg was also involved with the Zion Lutheran Church, having previously served on the Board, taught Sunday School, and continued to be a member. He had a very strong belief in God and shared his faith whenever possible wanting everyone to know that they are saved by the Grace of God through Jesus Christ. In addition, he was the President of the Board for the Park View Nursing Home of which he served for over 20 years and was proud of the accomplishments that were made during that time, being the Apartments and then the duplexes built for senior citizens.

A memorial service for Greg will be at 1:00 p.m. Saturday, September 11, 2021 at Zion Lutheran Church, 221 Lockwood St., Woodville, WI. The service will be livestreamed through the Zion Lutheran Church Facebook page. Visitation will be from 3:00-6:00 p.m. on Friday, September 10, at the O'Connell Family Funeral Home, 1010 Newton, St., Baldwin, WI, and from 12:00-1:00 p.m. at the church on Saturday. Interment at Sunset Cemetery in Woodville. In lieu of flowers, memorials are preferred for the discretion of the family.